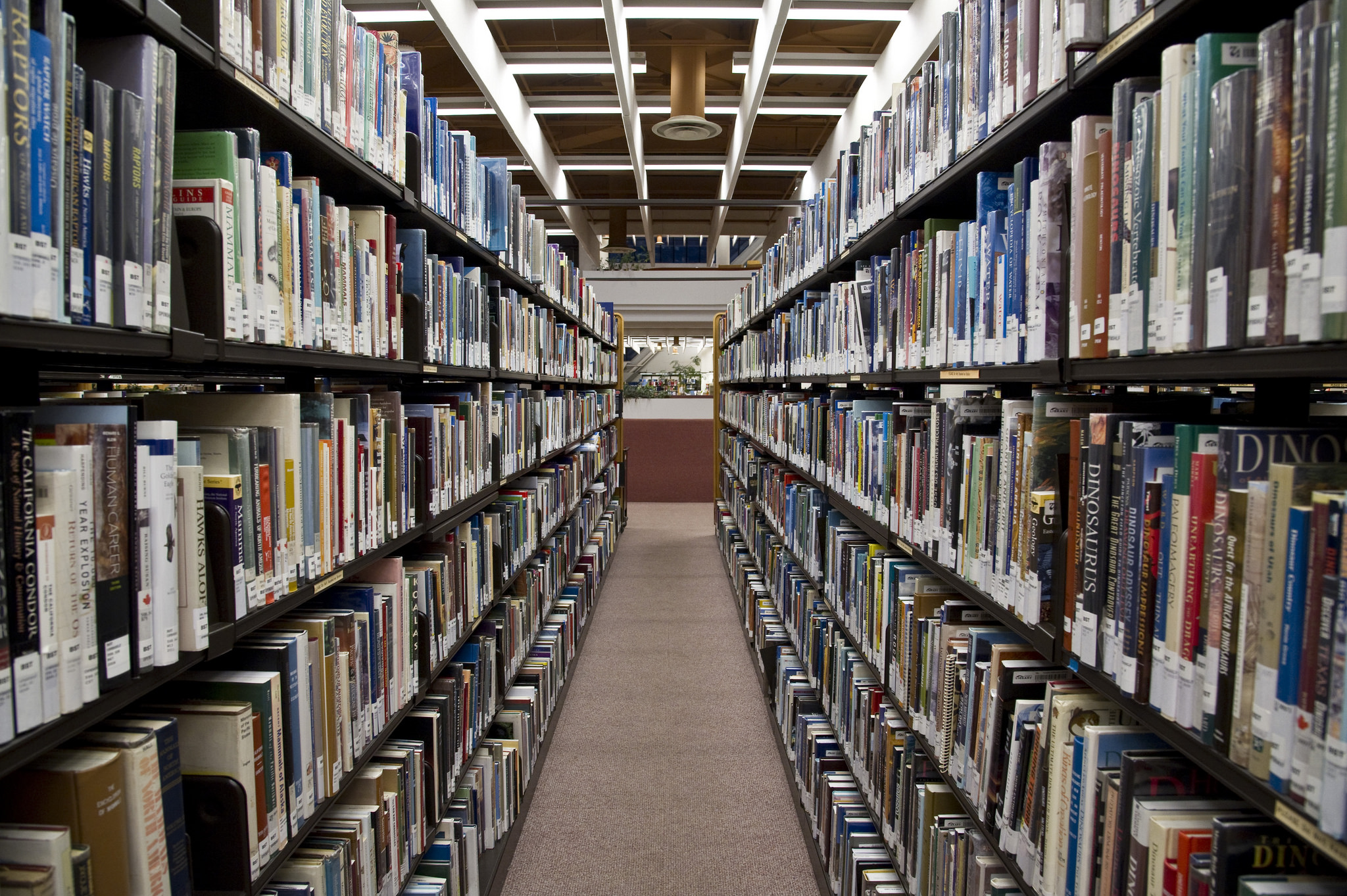 However, at a talk he delivered in Bengaluru on October 25, VijayRaghavan said that India will not be enrolling with this initiative – called Plan S – and that it is pursuing a parallel effort to negotiate with journal publishers.

“We are not joining Plan S. Plan S is itself evolving, and the terms that we are trying to push is something that we will ask Plan S to push for in their format,” VijayRaghavan told The Wire. “Since February 2018, some water has flowed under the bridge. We have done substantial work here and had consultations with government, individual scientists and the academies.”

He added that the government’s “directions will be entirely determined by the interests of Indian academia and of India, for which our understanding of and collaboration internationally with groups such as Plan S is important.”

According to one database, India’s scientists produce the fifth-highest number of scientific papers every year (behind the US, China, the UK and Germany). So India’s implied participation in Plan S was momentous because it represented a significant number of scientists outside Europe. And now, without India, the plan goes back to being a predominantly European effort.

There are two broad paradigms of scientific publishing at the moment: subscription-based and open-access (OA). When scientists submit their manuscripts to a journal, the journal will review their work and then publish it as a paper. A subscription-based journal will place the paper behind a paywall, charging the people who want to access it money. Most OA journals either take the ‘green’ route, publishing the paper and allowing the scientist to self-archive a copy elsewhere that is freely available to access, or the ‘gold’ route, charging the scientists who authored the paper an article-processing charge (APC) and making the published paper available for free.

The proponents of Plan S have envisaged it as a relationship between the people who fund scientific research and the people who publish that research – for the overall benefit of the people who want to access that research. If a research-funder becomes a member of Plan S, then it will require, among other things, that the research it funds to be openly accessible and any publishing fees to be “commensurate with the publication services delivered and the structure of such fees [made] transparent”.

Public institutions have been India’s largest research funders since its independence. According to a survey undertaken by the National Science and Technology Management Information System, the Government of India pays for 45.1% of all research, followed by state governments (7.4%), public sector industries (5.5%) and institutions of higher education (3.9%). If the Government of India had joined the Plan S collaboration, it could have required all research funded by its 45.1% to be available freely.

However, Plan S was never a silver bullet, and has received numerous complaints from around the world against its focus on scientists in industrialised nations. Its detractors have also pointed to the plan doing little to reduce the cost of publishing a paper, even in OA journals. And this, two scientists wrote in the (OA) journal PeerJ in July 2019, could distract from two decades’ worth of efforts in Latin America to move towards “public non-commercial infrastructure for open scientific communications”.

The alternate national effort is still in its infancy, with many of its policies in the draft stages and its negotiations with publishers firmly in the future. Its last meeting was held on October 14, including VijayRaghavan, some scientists and members of India’s science academies. “It was mainly about negotiating with publishers – both OA and subscription – at a national rather than institutional level, for fair-pricing and access to all Indians,” Rahul Siddharthan, a member of the computational biology group at the Institute of Mathematical Sciences, Chennai, and a participant in the meeting, said.

Now, between this financial year and the next, “we must formally discuss with publishers, learned societies and OA journals to come forth with a policy, and negotiate with them,” VijayRaghavan told The Wire. “There, Plan S and others are useful because they have the Excel sheet of different companies, what their back-end is like, what they make and so on, and they will share those things with us. That doesn’t mean that we listen to them or they listen to us.”

Siddharthan added that the meeting itself followed – and deliberated on – a set of recommendations supplied by the country’s three national science academies. A summary of the report follows:

1. The costs “towards multiple subscriptions to databases and journals could be optimised” through a ‘One Nation, One Subscription Policy’. To this end, India could adopt green OA as a national policy with a projected allocation of Rs 200-350 crore.

2. The papers deposited in such green OA repositories, together with preprint papers – which are papers that have been drawn up but haven’t been peer-reviewed yet – “should be eligible for assessment of individuals and institutions”.

3. The government and academic institutions should consider setting up a national repository where scientists can deposit their preprint papers, with an archive and searchable metadata.

4. Scientists should be encouraged to publish in journals “that allow OA immediately or after an embargo period, without charges to author or reader”.

In his talk, VijayRaghavan had pitched the national parallel effort as the resolution of an ‘access to knowledge’ problem as well as a cost problem. He said that India currently spends about Rs 1,500 crore a year to pay for subscriptions to journals like Nature and Science (among others) and only Rs 150-200 crore a year on APCs. However, he admitted he was “puzzled” by the latter number because he expected it to be much higher.

The authors of the analysis note that this figure should rise after including larger databases that have indexed more journals than the one they used for their calculus. “Additionally, there are papers published in hybrid OA journals and those published in non-OA journals that are made open access by placing them in institutional or central repositories or freely available through author websites,” according to their paper.

Hypothesising (generously) that 75% of the ~170,000 papers Indian scientists published in 2018 were done so in a journal that charged $1,100 per paper and 25% were published without incurring an APC or other publishing charges, the sum is around Rs 985 crore.

Finally, a significant cultural issue with Plan S, from the perspective of research administration, also threatens the Indian effort: many scientists still prefer to have their papers published in subscription-based journals instead of OA journals. This is because subscription-based journals have been in business for longer, and have accrued a prestige in this time that most OA journals lack. In scientometric parlance, this prestige is captured in a number called the impact factor (IF). It has generally been more desirable to publish in journals with a higher IF, although more recent analyses have found that such journals may have distorted the scientific literature by publishing more sensational results.

VijayRaghavan said the government would encourage scientists to publish in some journals over others, in line with the academies’ recommendation. But should any scientists resist such change?

“A broad-brush top-down approach will come, which will try to fit all things to all people, and people will then say, ‘This doesn’t work’,” he said to The Wire. “Everyone wants change as long as it doesn’t happen. Everyone wants autonomy but whenever there is a complex problem, they upwardly delegate it, saying, ‘Please solve this problem, and until you solve, I can’t proceed.’ There is nothing to stop any institution from changing. Zilch.”

The full text of the interview with K. VijayRaghavan is available to read here.

The Wire Science@TheWireScience
3 Following 22.7K Followers
Bharat Biotech's paediatric trial is one of many clinical studies conducted in India that have, or intend to have,… https://t.co/ZziGhG58vK
6 hours ago
Researchers have since linked dozens of disorders to alterations in mitochondrial DNA and nuclear DNA related to mi… https://t.co/BH7eoSSGvr
7 hours ago
1
A multi-centre study on a cohort of over 31,000 vaccinated healthcare workers of a leading private healthcare firm,… https://t.co/dp1oIzgqwp
8 hours ago
1 2
A third wave of coronavirus infections is likely to hit India by October, and although it could be better controlle… https://t.co/bSCZkfieQV
9 hours ago
1 2
Which of the many study interpretations thrown around about Covishield and Covaxin antibody levels was accurate? .… https://t.co/AuCsbC7SuZ
21 hours ago
Since ecological research is frequently conducted with help from individuals belonging to ‘native communities’, it… https://t.co/pEciv5CPHt
22 hours ago
1 5
How is it that a showcase for health and fitness became so saturated with unhealthy messages? In the context of a… https://t.co/1TDAnHSyww
23 hours ago
3
Despite being integrated into machinery of the human body, mitochondria also carry remnants of their bacterial past… https://t.co/1JApgXljCD
24 hours ago
6
The WHO has accepted Bharat Biotech’s Expression of Interest for Covaxin and scheduled a pre-submission meeting on… https://t.co/99vjXZld56
1 day ago
4
Infection fatality rate refers to the fraction of SARS-CoV-2 infections that result in death. If the current data… https://t.co/iRCHvXhVwK
1 day ago
1 4
A small, green smudge has appeared on Google Maps' satellite view off Kochi's shore, and which one person has said… https://t.co/39ll8vr1rD
1 day ago
According to Prasad K. Bhaskaran, an expert on wave ocean dynamics, even with a low greenhouse gas concentration sc… https://t.co/NRsWEwQigu
1 day ago
5
Automated systems trained to recognise cyber attacks will not detect true threats effectively if they process AI-ge… https://t.co/zLddE7OrVg
1 day ago
2
The disappointing efficacy of the shot known as CVnCoV emerged from an interim analysis based on 134 COVID-19 cases… https://t.co/9nynPgFFvB
1 day ago
1 2
A popular example of human irrationality is the gambler’s fallacy. Players believe that if a die hasn’t thrown up… https://t.co/Uau5ISGvfV
1 day ago
1 7
Contact us