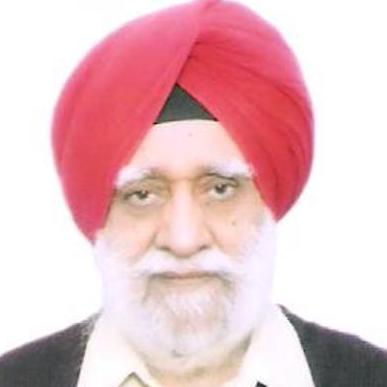 The authors of this monograph, Rajinder Singh and Suprakash C. Roy are well-established historians of science. Rajinder Singh has published more than two dozen books on the history of science, based on his research on contributions of the Calcutta School of Science. His has become a household name in Kolkata. N.R. Sen: Life and Science is a part of the same series of books: it deals with the life and scientific work of Nikhil Ranjan Sen, a pioneer in applied mathematics and its applications in many diverse fields. N.C. Ghosh has paid glowing tributes to this grandmaster of Calcutta University in his foreword. Singh’s coauthor, Roy, is an ex-professor at the Bose Institute, Kolkata.

In their introductory remarks, Singh and Roy recall Sen’s background:

Nikhil Ranjan Sen (May 23, 1894 – January 13, 1963) was one of the initiators of the theory of relativity, and father of Applied Mathematics in India. N.R. Sen was associated with the University of Calcutta, Indian Association for the Cultivation of Science, Indian Statistical Institute, Indian National Science Academy, Indian Science News Association and many other renowned institutions. To the best of our knowledge, Sen’s biography does not exist. The present book intends to fill that gap.

In the first chapter, the authors narrate Sen’s early life. His family was a treasure trove of mathematicians. Sen was also a classmate of Meghnad Saha in Dacca (today Dhaka) in school. He completed his BSc and MSc from Presidency College Calcutta, where his classmates included Saha and Satyendra Nath Bose.

All three started their teaching careers in the postgraduate department of mathematics in the University College of Science and Technology. Subsequently, Saha and Bose shifted to the physics department while Sen continued to teach applied mathematics until he retired from Calcutta University.

Sen was appointed the Ghosh Professor for five years from September 1, 1922, with a sanctioned allowance of Rs 500 per month for him to carry out his research work in Europe. He travelled to Germany, where he worked with Max von Laue and submitted his PhD thesis in Berlin University on ‘boundary conditions for the gravitational field equations on surfaces of discontinuity’. After two years there, Sen returned to India and started a new School of Applied Mathematics at Calcutta University. He also joined some important institutions in Calcutta, and contributed to their development in various capacities.

Sen was highly critical of the Indian system of education. When the Calcutta University Commission 1917-1919 was founded to improve the city’s education system, Sen wrote a note: “The study of science should have a place in every system of liberal culture. It gives a man the knowledge of his place in nature and his mastery over it. So a revision of the present matriculation course in the light of the above consideration is necessary.”

He was in favour of teaching science in Bengali, and suggested to the Calcutta University Commission that “in order to lighten the labour of students and avoid the difficulties of language, the scientific training should be carried on in Bengali.” He wrote a book entitled Soura Jagat – Solar world, published by Visva Bharati in 1949.

The second chapter introduces Sen’s work, and the next one focuses on his contribution to the theory of relativity. Upon his return to Calcutta University in 1924, Sen started conducting and supervising research in areas related to relativity.

It’s obvious that Sen was the progenitor of sorts of India’s school of relativity theory, in the 1930s, and his legacy was carried forward by A.K. Raychaudhuri. In fact, Raychaudhuri was the dominant figure of the Calcutta School of Relativity, celebrated – among other contributions – for the equation that bears his name. (I had the privilege of meeting him during my visit to Presidency College in 1987.)

As discussed in chapter 5, ‘Structure of Stars and More’, Sen made a sterling contribution to models of the universe based on the general theory of relativity. He was highly critical of Arthur Eddington’s and Edward Milne’s models of the universe. Sen’s group investigated the effects of mass, density, radius, temperature and pressure on stellar bodies.

One of his students, U.R. Burman, discussed a method to fit a convective core to a radiative envelope in stellar models in which radiation pressure played a role. He found solutions that were valid under particular conditions. In 1954, Sen and T.C. Roy produced an analytical method free from internal and external singularities, strictly satisfied some necessary conditions, and could be fitted to the field of expanding universe. Their ad hoc method was without Einstein’s subsidiary equations and correctly gave Newtonian approximations.

He studied not only heavenly bodies like stars and nebulae but also took interest in hydrodynamics – in particular modern theories of turbulence. In chapter 6, the authors describe his contributions to the study of Turbulence in fluids. By all considerations, turbulence has been considered to be the most complicated phenomenon that is also yet to be fully solved. It is to Sen’s credit that he delivered three lectures and published his lecture notes in the form of a book, The Modern Theory of Turbulence.

Sen was equally interested in ballistics, modern wave Mechanics, quantum mechanics and cosmic rays. According to the authors, Sen inspired his students to study ballistics. According to Asim Ray, a student of Sen who wrote his thesis on a topic in ballistics in 1966, three years after Sen’s passing: “I desire to remember here my teacher (late) Prof. N.R. Sen, who by his active guidance, kind interest, constant good wishes and variety of ways supported and encouraged me throughout the course of this work.”

Sen also studied unsymmetrical crossed electric and magnetic fields. He assumed that the two fields were much stronger than gravity, so the effects of relativity could be neglected. He calculated the splitting of the hydrogen lines, and for parallel fields he obtained the same results as predicted by the old quantum mechanics.

Towards the end of the book, authors Singh and Roy present some salient features of the Calcutta School of Science, which flourished in the 1920s and 1930s. C.V. Raman, Bose, Saha and Sen were a few of this school’s products, but compared to the first three, the authors reckon Sen remained something of a dark horse. He undoubtedly had many firsts to his credit, including being the first PhD holder from India on the theory of relativity, the founder of the applied mathematics department in Calcutta University, the founder of the first fluid dynamics laboratory in India and a promoter of teaching science in Indian languages.

The life and legacy of N.R. Sen needs further investigation, as the authors also suggest, to establish his reputation among the galaxy of Indian scientists who pioneered many new fields of research. I recommend this volume for students, researchers and the people of India who would like to get a glimpse of the Indian heritage in applied mathematics. The authors have dug into the archives of both Germany and India to add an “improved list” of Sen’s publications, and an exhaustive bibliography, to prepare this volume.

Hardev Singh Virk received his masters in physics from AMU, Aligarh (1963) and doctorate in nuclear physics from Marie Curie University, Paris (1972). He has 50 years of teaching and research experience. Presently, he is a professor of eminence at S.G.G.S. World University, Fatehgarh Sahib, Punjab.