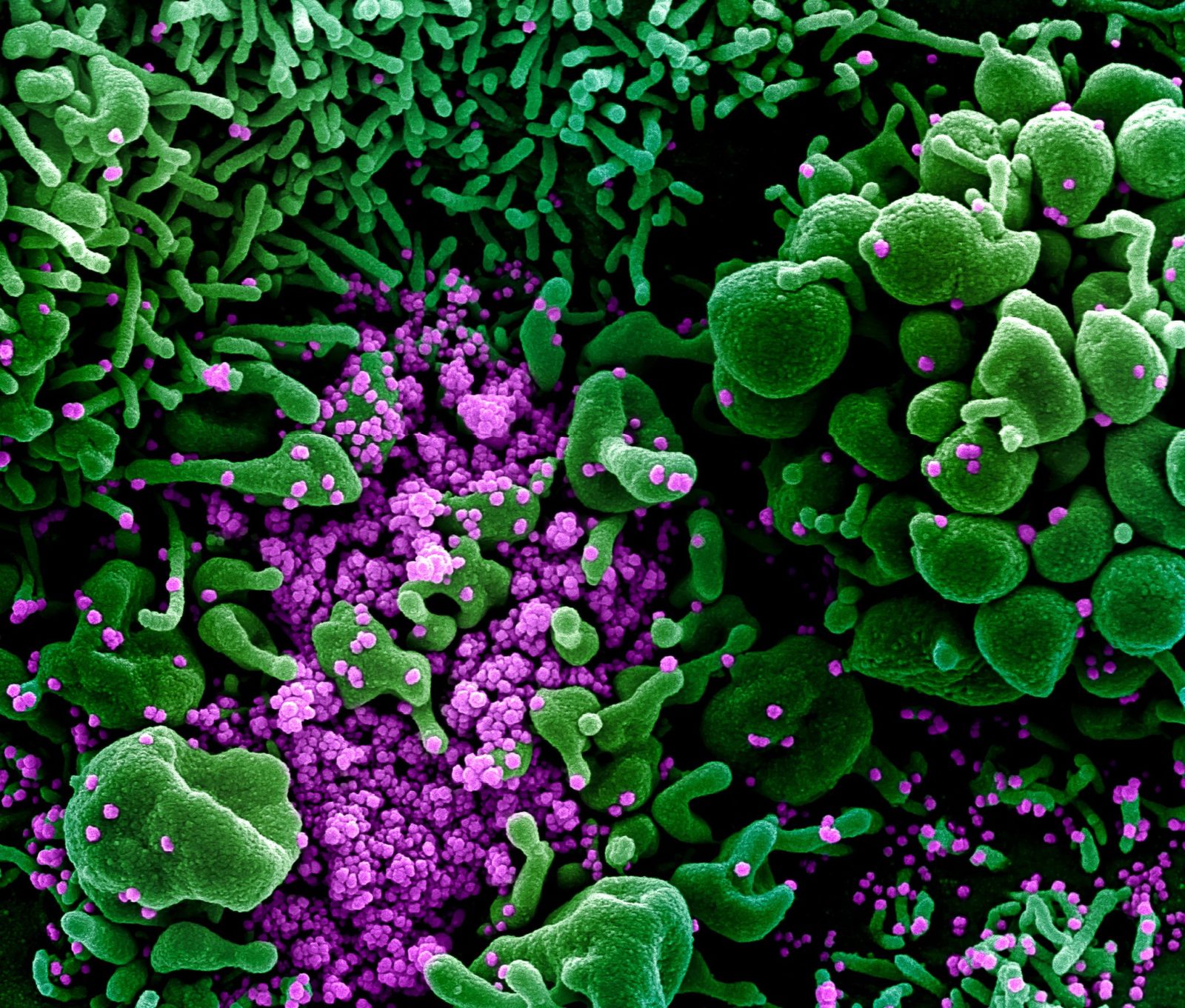 A vaccine prepares a person to fight off an infection by training the immune system. So it’s useful to know how the immune system works in order to understand why vaccines are important, and why we’re all waiting for one against the novel coronavirus (SARS-CoV-2).

Not all strains of the same virus have the same structure. As a result, sentinel cells can’t recognise the PAMPs of all the strains. But instead, PRRs learn to recognise PAMPs that are commonly shared by different strains.

At the same time, viruses also have some strategies to escape recognition. For example, studies suggest the novel coronavirus may be inducing the formation of double-membrane structures inside sentinel cells. These structures lack PRRs, so the virus goes unrecognised. Further research might elucidate other evasive mechanisms.

About 15% of COVID-19 patients develop pneumonia; about 5% of them go on to have multiple organ failure. During such critical conditions, the immune response is critically impaired.

In the immune system, white blood cells patrol the body – through the blood – looking for the virus. Of the different types of white blood cells, lymphocytes are particularly important because they recognise viruses and secrete antibodies against them. In people with a severe form of COVID-19, the number of lymphocytes is sharply reduced.

B-cells perform a diverse range of functions, notably secreting antibodies. NK cells kill those cells that have already been infected by the virus. This prevents the virus from spreading further. A decrease in the number of T, B, and natural killer cells leads to a marked deterioration in the immune response of the affected individual.

A common feature among COVID-19 patients is a dropping T-cell population. Those T-cells that still remain have compromised function. B- and NK cells’ populations also decline in people with severe COVID-19.

When any infection takes hold, the body responds by secreting antibodies that circulate in the blood for some time. They bind to the viruses, neutralise them and expel them from the body. This binding is akin to a key ‘binding’ to a lock. Specifically, the antibody recognises a particular part of the virus, called the epitope, and forms a bond with it using a part called the paratope.

Any microorganism is capable of evolving into new strains, or genetic variants, in the natural course of evolution – viruses more so.

Say antibodies are secreted against one strain. Their paratopes could develop a structural change that allows them to bind to the epitopes corresponding to this strain. However, the binding itself doesn’t destroy the viruses.

In some cases, as with the dengue virus, the virus-antibody complex keeps circulating in the bloodstream and gets attached to nearby cells. As a result, the antibody itself ends up enhancing the virus’s uptake into the cells, and allows the viral population in the body to grow faster. This process is called antibody-dependent enhancement (ADE).

We don’t yet know if ADE happens with any strains of the novel coronavirus, which predominantly replicates in cells found in the lungs. If a viral strain does become able to take advantage of ADE, our efforts to develop a vaccine could become more complicated. The Indian Council of Medical Research has planned studies to understand how the virus has changed in different parts of India since the first cases were reported in Kerala in late January.

A phenomenon called cytokine storm leads to mortality in terminally ill COVID-19 patients. Cytokines are small proteins synthesised by several types of cells. However, they are predominantly produced by the helper T-cells and macrophages. Cytokines warn the cells of an invading virus, and stimulate them to move towards the sites of infection and inflammation to fight the virus. If white blood cells are police, the cytokines could well be their bullets.

Cytokines accelerate inflammation in the body to prevent the virus from circulating further. Controlled inflammation is essential to expel the virus – but sometimes unrestrained cytokine synthesis leads to a rampaging inflammatory response called a cytokine storm. In a COVID-19 patient, a cytokine storm elevates the patient’s status to a critical condition known as acute respiratory distress syndrome, which is often fatal.

Understanding the body’s response to the SARS-CoV-2 virus is important to comprehend the underlying mechanisms of vaccines and antiviral drugs. Coronaviruses have not popped up all of a sudden. We have been living with various human and animal coronaviruses for decades. Nevertheless, this novel coronavirus is wreaking havoc owing to its rapid rate of transmission. Further investigation will unravel the complete behavioural patterns of this virus, allowing researchers to develop a potential vaccine soon.

The Wire Science@TheWireScience
3 Following 14.8K Followers
This report is important, being the official narrative of the Indian epidemic, and ambitious in its discussions of… https://t.co/uXDcCxrXRe
7 hours ago
1
.@muradbanaji reasoned based on the results of the third national seroprevalence survey that India’s ability to det… https://t.co/BmoTmxStSi
7 hours ago
1
New cases of coronavirus infection in India were recorded above 18,000 for the third consecutive day. The total nu… https://t.co/DvKXbA2Yf7
9 hours ago
The national capital stands third on the list of states and union territories with most contaminated sites, accordi… https://t.co/1AeZZ69NII
10 hours ago
1
"I look forward to a time when many women scientists lead institutions, many women scientists play critical roles i… https://t.co/DXFEuft1CR
11 hours ago
3 4
“Climate change talk needs to be in our everyday discussion if we as humanity want to avoid worst impact. Similar i… https://t.co/v594iLN3We
11 hours ago
3
Worldwide, one in every three to five cows is in the Indian subcontinent, Sriranganathan estimates. And many of the… https://t.co/Ibet2nUvez
14 hours ago
1
The widespread use of disinfectants as a result of the COVID-19 pandemic could result in the increase of disinfecta… https://t.co/aOnTYAkG1r
15 hours ago
Adult female survival was higher within national parks and community-based conservation areas, away from towns whic… https://t.co/Ycbc9ZAnFC
1 day ago
1 4
Global intellectual property law underpins and enables vaccine nationalism that serves neither the national nor the… https://t.co/qW90br9XVj
1 day ago
2
Some important changes we could consider to effectively tackle AMR in India are: 1. Detection and prevention of th… https://t.co/jHImFG394B
1 day ago
The United Kingdom has the world’s third-highest coronavirus death rate and the fourth-highest obesity rate ‒ 184 C… https://t.co/6OUpInnuhv
1 day ago
But why did human social dynamics change so dramatically in such a relatively short space of time? Why did we stop… https://t.co/TtsKwMlWW0
1 day ago
1
The life and legacy of N.R. Sen needs further investigation, as the authors of 'N.R. Sen: Life and Science' also su… https://t.co/rNf5rKZpF0
1 day ago
5 7
Two things are clear: that climate change played a part in the Chamoli disaster, and that governments should recons… https://t.co/eCAUnjjtaf
1 day ago
4 3
Contact us