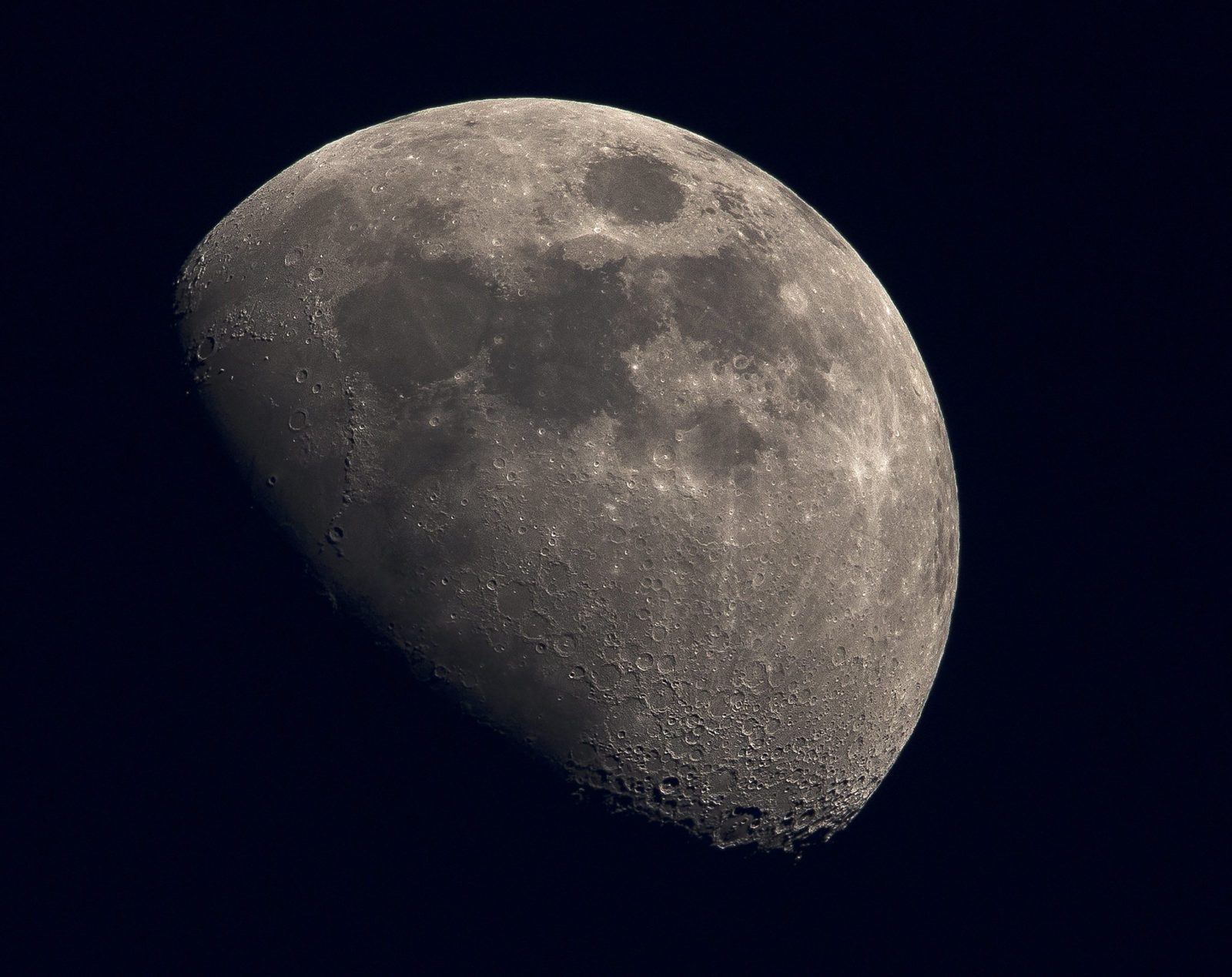 The Moon. Photo: mmirrorless/Flickr, CC BY 2.0.

When dabbling with the laws of motion in the 17th century, Isaac Newton realised that it’s possible to send an object from Earth into space. That is, he figured that if an object is shot away from Earth with enough velocity, it will reach space and start orbiting our planet.

The Soviet Union achieved exactly this when they launched the Sputnik satellite in 1957 onboard a powerful rocket. For the first time, something on Earth had intentionally sent something else into space.

Many of the satellites we launch today have little engines of their own, and by firing them1, they can escape Earth’s gravitational hold completely. That’s how we have sent missions to Venus, Mars, Saturn, even Pluto.

The deceptively simple math that makes these feats of escape possible is captured in the Tsiolkovsky rocket equation, named for Soviet rocket scientist Konstantin Tsiolkovsky. This equation allows scientists and engineers to quantify and compare the energy required to reach different destinations in space. Its implications are far-reaching — but they are not entirely intuitive.

The rocket equation tells us that the amount of energy a rocket must expend to go from Earth’s surface to low-Earth orbit 2 above is almost thrice as much as the energy needed to go from there to the Moon. Likewise, getting to this orbit costs more than twice the energy required to reach Mars from that orbit.

(Energy expenditure is not the same as change in velocity, only proportional. But for simplicity’s sake, one has been used as an approximation of the other.)

In fact, going from the ground to low-Earth orbit is 50% more expensive than starting in the low-Earth orbit and landing on the Moon. So lifting off from Earth and entering orbit is the biggest energy barrier to space exploration.

In every rocket, the satellite it carries makes up a tiny fraction of the total rocket’s mass. However, the satellite’s small contribution makes a big difference. This is the core problem of rocket science.

If you had to make a satellite more useful, you’d probably add more or bigger components to it, making it heavier. This in turn would mean the rocket has to carry a higher load, which then means it needs to carry more fuel.

However, when more fuel is added, the total rocket becomes heavier, and then requires more fuel. And so on.

As a thumb rule, the fuel requirement increases exponentially with every unit increase in the satellite’s mass.

This is how we end up with rockets being mostly fuel, some metal and a small payload. Even the Saturn V rocket that sent astronauts to the Moon for the first time was 85% fuel, 13% rocket – including the chassis, its plumbing and parts. Only the remaining 2% was the Moonbound spacecraft and the astronauts inside.

Now, say Earth is more massive than it currently is. This means it will exert a stronger gravitational pull on the rocket, so the rocket would have to expend more energy to leave for space. Which then means it will have to carry much, much more fuel than before.

This way, if you keep increasing Earth’s mass, the fuel-to-mass ratio would start skyrocketing to a point where it would be simply impossible to build a functional rocket.

A back of the envelope calculation suggests that if Earth was 50% more massive, you simply wouldn’t be able to get to space even with the most energetic fuel combination available in chemical rockets: liquid hydrogen and liquid oxygen (used in cryogenic engines).

We know such planets already exist. Of the 4,000+ planets around other stars we have discovered to date in the Milky Way galaxy, about a thousand are super-Earths. These planets are up to 10-times more massive than Earth and up to twice as large. (Beyond these limits, planets can’t stay rocky and become gassy, like Jupiter and Neptune).

Many of these super-Earths lie in the respective habitable zones around their stars, where conditions on the planets’ surfaces could support life as we know it. Since we have only searched a small fraction of our galaxy for planets, it’s fair to say there could be millions of super-Earths in the galaxy, many of which could host life.

If intelligent life were to develop on these super-Earths, they would have a hard time building rockets that can take objects into space. And since even the most powerful cryogenic engines won’t get them to space, they might have to build something that can produce more thrust, like rockets propelled by nuclear reactions.

These will likely be far more expensive than chemical rockets (assuming their economy is structured like Earth’s), but sometimes nature doesn’t give you a choice.

Just like the rocket equation makes it exponentially harder to get off a planet, it also makes getting off objects with lesser gravity more easy.

To understand how, let’s go to the Moon.

Also read: The Ambitious Plan to Power Spacecraft to the Stars With Nuclear Reactions

If humans wish to erect a permanent human settlement on Mars, say to improve the prospects of our survival in the super-long-term, we’ll need to send thousands of tonnes of material from Earth to the Martian surface on hundreds of rockets. This is what SpaceX hopes to do with its Starship vessel.

So if we establish a settlement on the Moon first, we can eventually tap its resources to launch rockets from the Moon itself. NASA and ISRO missions have already discovered plenty of water ice near the Moon’s poles. Future human habitats built by mining the metal-rich lunar soil could tap into this water ice for their needs.

The simple electrolysis technique could also split this water into hydrogen and oxygen, to be used separately to fuel cryogenic engines. Rockets lifting off from such an industrially enabled Moonbase can ride the lunar interplanetary highway to reach Mars more efficiently than from Earth.

The capital cost would be enormously high, of course, but if governments have resolved to expand sustainably into the Solar System, they would also know that doing so will take many centuries, if not millennia. In this extended scheme of things, launching missions from the Moon instead of Earth will reduce the energy, and therefore resources, we will need.

The Moon’s accessibility, low gravity-barrier and resource potential are the reasons why some argue that it’s important to return to the Moon before getting to Mars.

The belt and beyond

The Moon’s advantages may extend to making homes for ourselves in the outer Solar System as well. The rocket equation tells us that even if objects in the outer reaches of the system may be closer to Mars than to the Moon, the red planet has a deeper gravity well than the Moon, keeping the Moon advantageous.

The Moon can accelerate the expansion of settlements to encompass resource-rich asteroids. The bigger ones among them, like Ceres and Vesta, can in turn play the same role as the Moon can for Mars, and help humans move on to the moons of Jupiter and Saturn, and beyond.

The most important takeaway from the rocket equation is that the ability to extract and harness raw materials from low-gravity, resourceful space objects frees us from having to drag everything out of Earth’s gravitational pull first. Ultimately, we can’t hope to journey between the stars if we don’t journey between the planets first, in an Earth-independent way.

The author thanks Adithya K. Pani for reviewing the article.

This article was originally published on Jatan Mehta‘s blog and has been republished here with permission.