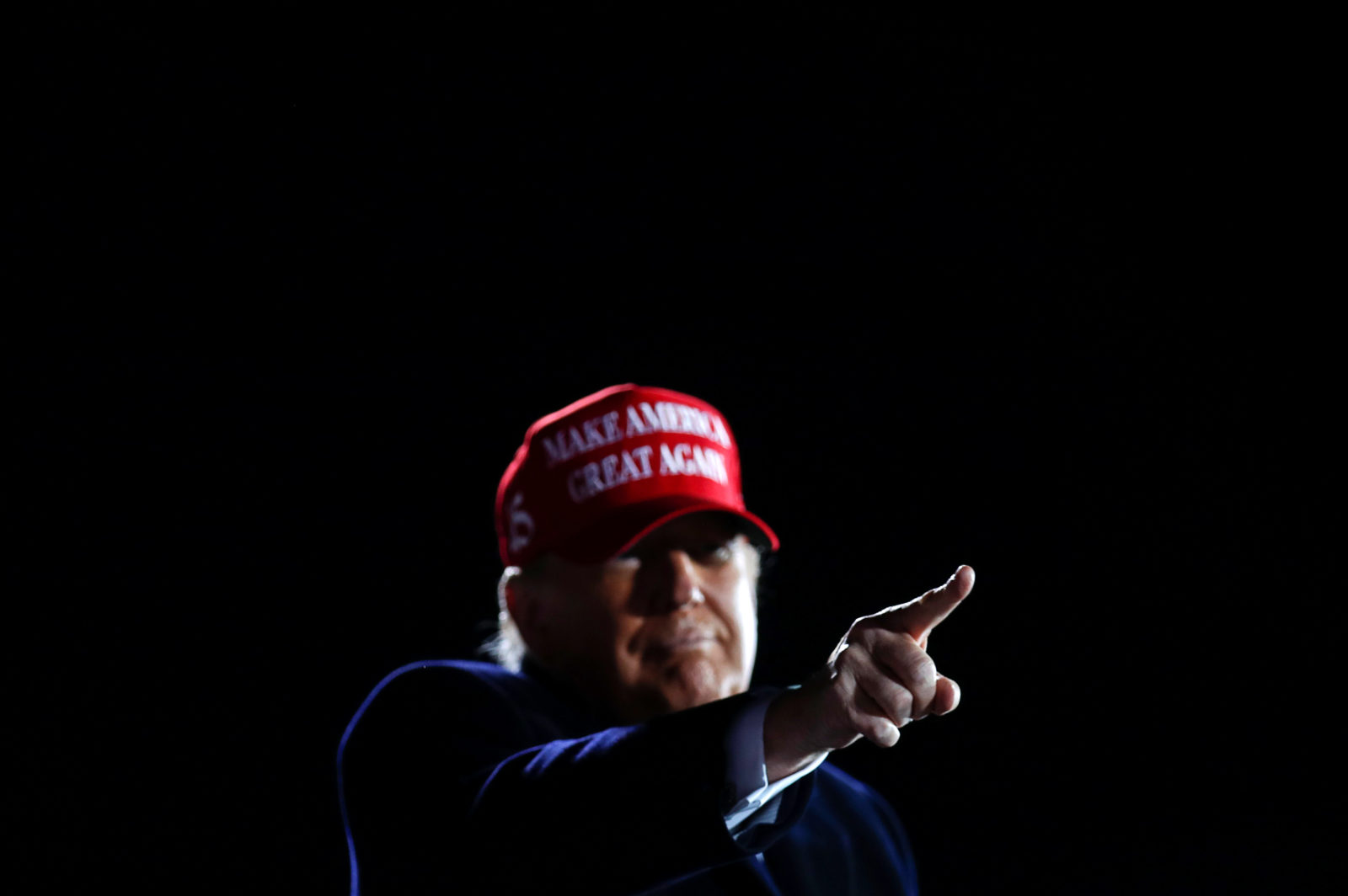 US President Donald Trump points his finger during a campaign rally at Des Moines International Airport in Iowa, US, October 14, 2020. Photo: Reuters/Carlos Barria.

New Delhi: As the US hurtles towards a presidential election amid the coronavirus crisis, a slew of editorials by top scientific journals and magazines have taken a stand against Donald Trump, faulting his response to the pandemic and asking voters to “end attacks on science”.

Members of the scientific community have repeatedly asserted that science is political. It is also not uncommon for journals or scientific magazines to endorse a candidate in the US presidential elections. However, this is perhaps the first time in history that such a large number of journals and magazines have taken a similar stance against the incumbent.

The editorials all say, with different words, that Trump ignored evidence and science in his response to the COVID-19 crisis, that he “attacked and undermined” many valuable institutions, including science agencies and described his administration as “isolationist and anti-scientific”.

While Trump and his core supporters thrive in situations they perceive as “us v. the world”, the editors of these journals and magazines have said that the editorials – many of which were published within days of each other – were not a coordinated effort. Slate reported in fact that the editorials grew “organically out of the same concerns”, which they often discussed in public forums.

“We all do know each other and communicate, but it’s not like we all have some meeting somewhere or a Zoom call where we got together,” Science‘s editor Holden Thorp told Slate. “This is not something that happened in a smoke-filled room – it’s all been in broad daylight.”

To highlight concerns raised by scientists, The Wire Science is reproducing excerpts from each editorial that took a position against Trump’s reelection.

Among the first to criticise the president was The Lancet, which in August said the Trump v. Joe Biden battle was a fight for the health of a nation. Though it did not endorse the Democratic party candidate, the editorial described Trump’s administration as “isolationist” and that the president had “de-prioritised health and health care”.

“Decisions made by the next administration will affect the lives of all people in the US and around the world. For this reason, we invite both political parties to articulate their positions” on some urgent priorities, the journal added.

Earlier this month, The Lancet Oncology journal endorsed Biden. In an editorial entitled ‘Will cancer care be a winner in the US election?‘, it said Trump has repeatedly “politicised, undermined, and slashed funding to US federal scientific and health agencies”. The journal then contrasted this with Biden’s record: the Democratic candidate has pledged to protect the Affordable Care Act (a.k.a. Obamacare), expand Medicaid coverage, lower the age of Medicare enrolment to 60 years and reduce prescription drug prices.

“In this major election battle, The Lancet Oncology supports Biden and his manifesto. He is the only candidate to see the importance of health care as a human right that enhances society, rather than another business opportunity to enrich a small minority. If Biden is elected President, we call on him to redouble his dedication to cancer research and care by fulfilling the Biden Cancer Initiative promises.”

In September, the editor of Science, Holden Thorpe, slammed the US president for lying about science and endangering American lives. His op-ed noted that even as Trump was playing down the virus to the American people, he was not “confused or inadequately briefed”.

“He flat-out lied, repeatedly, about science to the American people. These lies demoralised the scientific community and cost countless lives in the United States… But now, a US president has deliberately lied about science in a way that was imminently dangerous to human health and directly led to widespread deaths of Americans… This may be the most shameful moment in the history of US science policy.”

In its latest edition, The New England Journal of Medicine said in an editorial that the country’s leaders have failed the test on making hard choices to respond to a novel pathogen. “They have taken a crisis and turned it into a tragedy,” it said.

“… although it is impossible to project the precise number of additional American lives lost because of weak and inappropriate government policies, it is at least in the tens of thousands in a pandemic that has already killed more Americans than any conflict since World War II.

Anyone else who recklessly squandered lives and money in this way would be suffering legal consequences. Our leaders have largely claimed immunity for their actions. But this election gives us the power to render judgment… When it comes to the response to the largest public health crisis of our time, our current political leaders have demonstrated that they are dangerously incompetent. We should not abet them and enable the deaths of thousands more Americans by allowing them to keep their jobs.”

On October 14, Nature published an editorial entitled ‘Why Nature supports Joe Biden for US president‘. The journal criticised Trump for undermining the importance of public institutions, adding that while he “claims to put ‘America First’ … in his response to the pandemic, Trump has put himself first, not America.”

“Joe Biden, Trump’s opponent in next month’s presidential election, is the nation’s best hope to begin to repair this damage to science and the truth — by virtue of his policies and his leadership record in office, as a former vice-president and as a senator.”

The popular magazine Scientific American also endorsed Biden, adding emphatically that it has “never backed a presidential candidate in [its] 175-year history – until now,” and that in 2020 it has been “compelled to do so. We do not do this lightly.”

“The evidence and the science show that Donald Trump has badly damaged the U.S. and its people—because he rejects evidence and science. The most devastating example is his dishonest and inept response to the COVID-19 pandemic, which cost more than 190,000 Americans their lives by the middle of September. He has also attacked environmental protections, medical care, and the researchers and public science agencies that help this country prepare for its greatest challenges.

That is why we urge you to vote for Joe Biden, who is offering fact-based plans to protect our health, our economy and the environment. These and other proposals he has put forth can set the country back on course for a safer, more prosperous and more equitable future.”

Another editorial published by the magazine rain with the following headline: ‘On November 3, Vote to End Attacks on Science‘: “Instead of thinking about whether to vote Democratic or Republican in the upcoming U.S. election, think about voting to protect science instead of destroying it.”