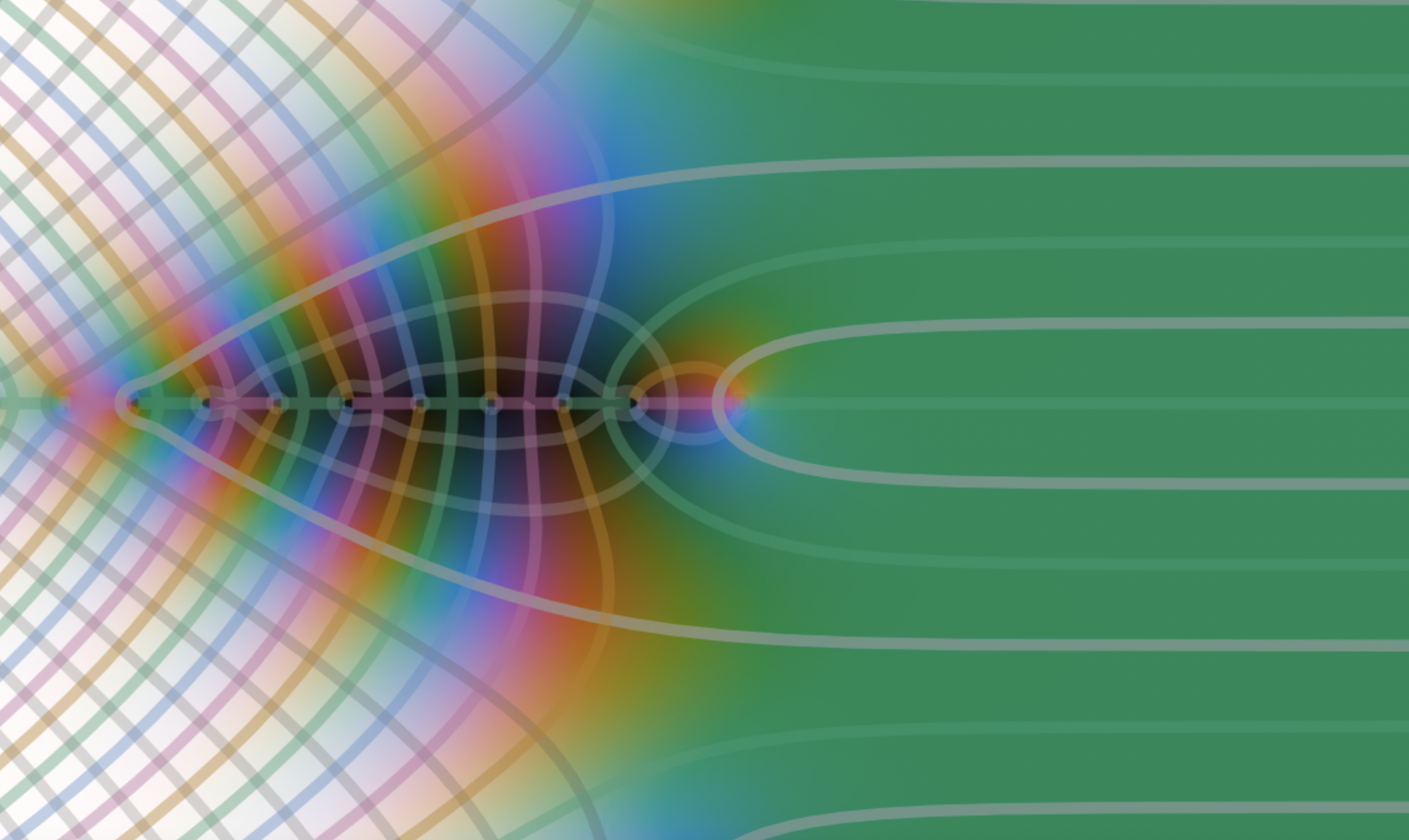 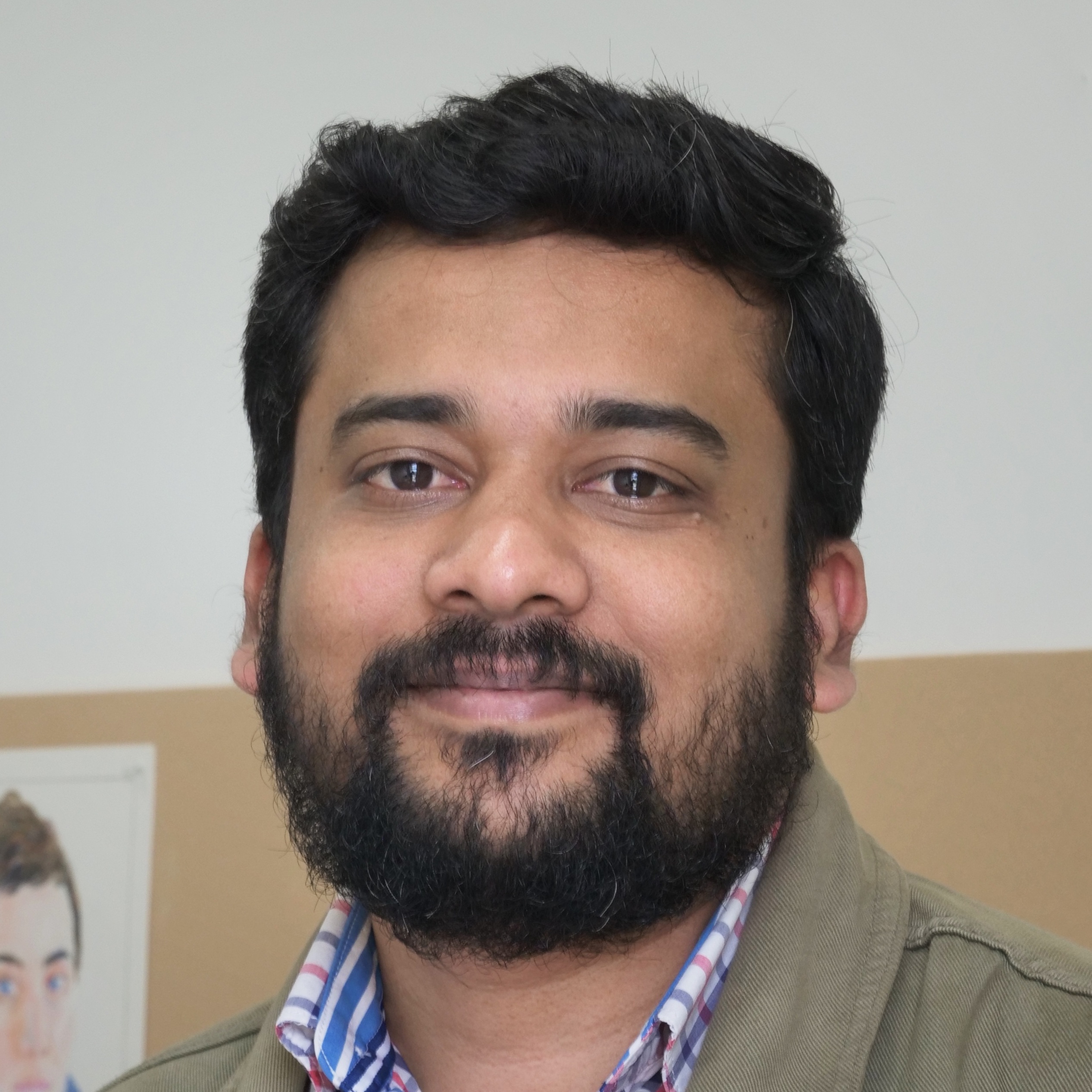 A part of a visualisation of the Riemann zeta function in the complex plane. The Re(½) line passes vertically through the middle. Plot: Nschlow/Wikimedia Commons, CC BY-SA 4.0

Earlier this October, Chinese websites claimed that the Chinese-American mathematician Yitang Zhang had solved the Landau-Seigel zeros conjecture – an important open problem in number theory related to cracking a bigger problem: is there a pattern to the way prime numbers are distributed on the number line?

It’s a simple question but it has only complicated answers. While mathematicians pursuing a resolution to the hypothesis may be motivated by their quest for knowledge alone, many others – including physicists – are interested because the answer has tantalising connections to many concepts in modern physics.

In 1859, the German mathematician Bernhard Riemann came close to answering the question when he formulated the Riemann hypothesis. It expressed an idea about a function he had discovered, called the Riemann zeta function, and its ability to estimate the number of prime numbers up to a particular point on the number line.

The Riemann hypothesis is often considered the most important unsolved problem in pure mathematics today. And Yitang Zhang has claimed that he has taken a big step towards solving it. Has he?

The Greek mathematician Euclid found long ago that there are infinitely many prime numbers. In the millennia since, we have learnt that 2 is the first prime1, 3 is the second prime, 5 is the third prime, 7 is the fourth prime, 11 is the fifth prime and so forth.

However, the prime numbers are not distributed evenly. They become less common as they become larger. For example:

But mathematicians don’t think this distribution is entirely arbitrary; they believe there could be a pattern. An important stop on the quest for this pattern is the prime number theorem.

Let’s start with the prime-counting function. Its graph (shown below) is that of a counter: flat when there is no prime number, +1 when there is a prime number. It is denoted as π(x). x here is the position on the real number line. The fraction of prime numbers up to x is π(x)/x.

In the late 1700s, when he was still a teenager, the German mathematician Carl Friedrich Gauss had an idea: that for large values of x, the value of the prime counting function π(x) will be approximately equal to that of the logarithmic integral function. In other words, at a point far along the number line, the total number of prime numbers until that point will get closer and closer to the value of the function shown below:

In yet other words, at position x, the ratio of the number of prime numbers to x will be roughly equal to 1/log x.

This is the prime number theorem as formulated by Gauss.

In the 1850s, Riemann – who was a student of Gauss – investigated Gauss’s conjecture. He discovered a profound connection between the conjecture and the zeta function – another function that had been investigated by the famous Swiss mathematician Leonard Euler a century earlier.

The zeta function is an infinite sum of the following form:

Riemann studied the zeta function using a branch of mathematics he pioneered called complex analysis. Specifically, he used a technique called analytic continuation to make sense of the values of the zeta function for complex inputs.

That is, he found a way to calculate the value of ζ(s) when s is a complex number.

Riemann observed that in the new domain of complex numbers, for some values of s, the value of ζ(s) was 0. These values of s are called the zeta zeroes. Some of them were easier to find. For example, for every negative even integer s (-2, -4, -6, …), ζ(s) equals 0. Riemann called these the trivial zeros. (-2 is not a complex number but can be expressed as one: -2 + 0i.)

The Riemann hypothesis is the statement that all the non-trivial zeroes should lie not just somewhere in the strip but on a single vertical line called the critical line, which passes through 1/2 on the x-axis.

Riemann found this connection when he modified the prime-counting function π(x) and arrived at a new formula, J(x):

The first term, Li(x), approximates Gauss’s original prime counting function, π(x). ‘Li’ stands for ‘logarithmic integral’. The second term is the sum of the logarithmic integral of x to the power ρ2, and summed over ρ. The ρ denotes the non-trivial zeroes of the zeta function. The term c is a constant.

In technical parlance, the Riemann hypothesis states that “the nontrivial zeros of ζ(s) lie on the line Re(s) = ½”.

Jacques Hadamard and Charles Poussin proved Gauss’s conjecture independently in the 1890s using Riemann’s work on the zeta function. Their result is now called the prime number theorem (which we encountered earlier). However, Riemann’s hypothesis itself continues to resist attempts to prove to this day.

Here, s is a complex number and Χ3 is a function that takes natural numbers as inputs and spits out complex numbers. (‘Σ’ is the summation symbol.)

It is in effect a counterexample to the GRH: it implies that there could be a real number in the critical strip that doesn’t lie on the critical line, yet is a zero of the generalised zeta function.

Note that this weakness is in addition to the weakness of the conjecture relative to the GRH – so the claim is in effect doubly weak. That said, it holds the hope of taking us closer to a highly complex and longstanding problem, so it merits our attention and scrutiny.

As number theorist Alex Kontorovich told Nature, “Resolving any of these issues would be a major advancement in our understanding of the distribution of prime numbers.”

Disproving the existence of Landau-Siegel zeroes requires mathematicians to prove that L(1, Χ) is much greater than (log D)-1.

In 2007, Zhang had published a preprint paper claiming that he had proved that L(1, Χ) was much greater than (log D)-17(log(log D))-1. But his proof turned out to be wrong after mathematicians noticed the incorrectness of a few key ideas developed in that paper.

In his new paper, Zhang claims to have proved that L(1, Χ) is much greater than (log D)-2022. He wrote about his work on a Chinese website called Zhihu, where he appears to claim that he tweaked his calculations to achieve the exponent to be 2022 – the year in which the result has been announced.

Zhang laboured in obscurity before he shot to fame in 2013 for his work on the twin-prime conjecture. He proved that there are infinitely many pairs of prime numbers separated by an even number that is lower than 70,000,000. The original conjecture is that there are infinitely many primes separated by an even number equal to 2. Zhang’s achievement was to bring this constant down from ‘finite but large’ to below 70 million.

The result was considered a great advancement. The Fields Medal winner Terence Tao initiated a large collaborative project called PolyMath8 to improve Zhang’s techniques and to lower the bound from 70 million. The 2022 Fields medallist James Maynard obtained a different proof of Zhang’s theorem which resulted in the project’s successful completion by lowering the bound to just 246.

It appears that Zhang did not use the ideas in his 2007 article in his new paper. Other mathematicians are only just beginning to review his work. Zhang has also said that his new techniques can be improved to lower the value of the exponent to the hundreds.

If Zhang’s claim is established, there is a chance that there will be another large PolyMath project to improve Zhang’s techniques. Even bringing the exponent down to the hundreds – as Zhang has said might be possible – won’t prove the Landau-Seigel zeroes conjecture but will be a significant advancement in the annals of number theory.

The reason is that there are several conjectures in fields as diverse as cryptography and quantum physics whose framing depends on the validity of the GRH. If GRH is proved, it will immediately also establish the correctness of all these other conjectures.

In many of these conjectures, the hypothesis can be replaced by a weak form of the Landau-Seigel conjecture of the type L(1,X) >> (log D)–n, where n is any finite number. So if Zhang’s new result, with the -2022 exponent, is true, it will right away also prove these other conjectures.

If the Riemann hypothesis is proved, it could lead to new techniques to find large prime numbers. This in turn could ease methods to factorise the encryption key into its two prime numbers, which would reveal the decryption key. Thus, cryptographers will have  to find a new way to secure information – one that doesn’t depend on prime-number factorisation – as system administrators scramble to secure sensitive data like user passwords, banking data, etc.

A solution to the Riemann hypothesis is also expected to open up beneficial applications. Quantum chaos is a subfield of quantum physics that studies quantum systems whose classical counterparts exhibit chaotic behaviour.

It uses a class of equations called trace equations – and it so happens that the Riemann zeta function has the form of a trace equation. This means a resolution to the Riemann hypothesis can help physicists create a quantum-chaotic system, like the electron in a pill-shaped box, and thus bring more order to the subfield and its widespread complexity.

A third potential implication (among several) is that the spacing of the zeroes of the Riemann zeta function roughly resembles the spacing between the energy levels of a heavy nucleus, such as erbium-166. Say you mark the energy of each of these levels as points on the number line. Then you derive the point-correlation function: it’s a function that tells you how many points on the line are separated by a distance d, where you get to pick d.

Mathematicians and physicists have interpreted these links to mean that the Riemann hypothesis ought to be true. But the only way Riemann’s conjecture can be proven once and for all is using the techniques of number theory. To this end, the new paper by Yitang Zhang offers another way forward.

With inputs from Vasudevan Mukunth.

Mohan R. is an assistant professor at Azim Premji University Bangalore. He works in the areas of mathematics communication and mathematics education.