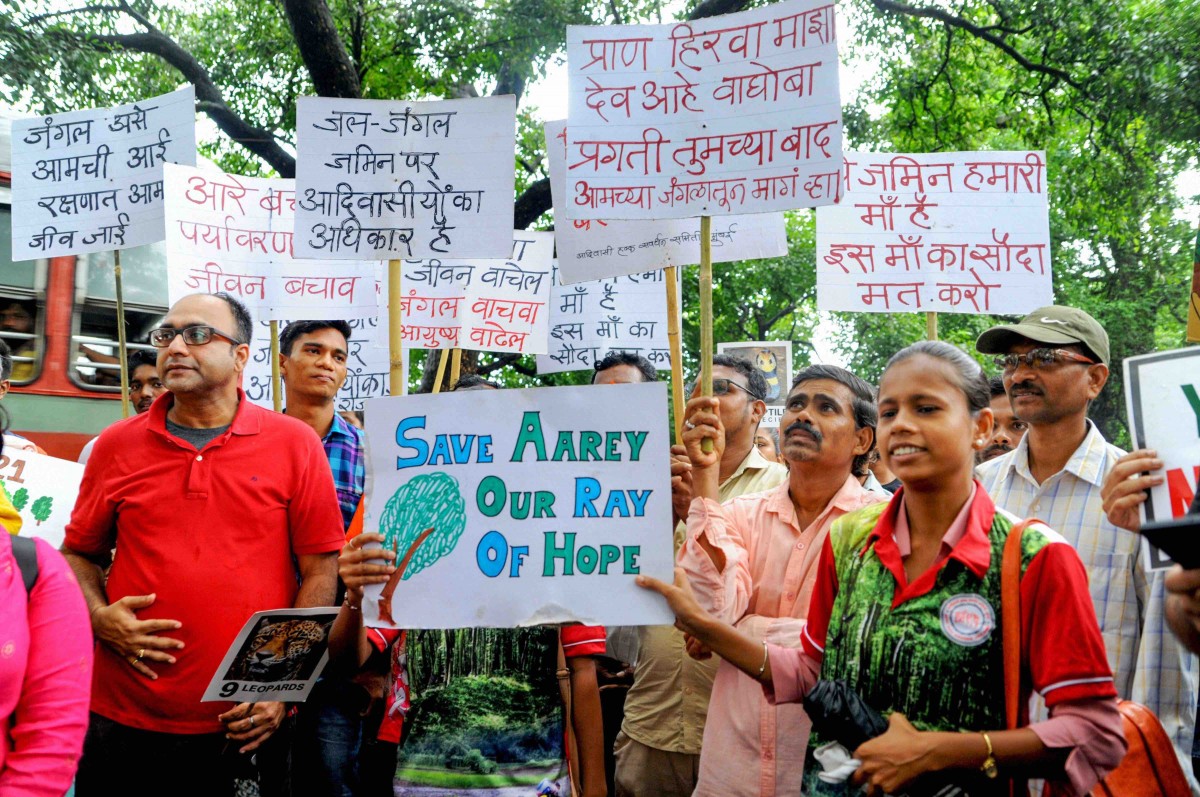 New Delhi: Former Union environment minister and Congress leader Jairam Ramesh on Monday extended his support to citizens opposing the proposed cutting down of a significant tree cover in Aarey Colony in Mumbai for a metro car shed project.

Last week, the tree authority of the Brihanmumbai Municipal Corporation (BMC) gave its approval to axe over 2,700 trees to set up the proposed car shed in Aarey Colony for the Metro 3 project.

The Rajya Sabha member, Ramesh urged Maharashtra chief minister Devendra Fadnavis, Mumbai Metro and civic authorities to find alternate solutions for the metro car shed and preserve Aarey Colony in suburban Goregaon, which is known as a major green lung of the metropolis.

Also read | Mumbai’s People, and the Environment, Are Paying for the City’s ‘Development’

Ramesh tweeted on Monday: “I am in full solidarity with Mumbaikars who are protesting to #SaveAareyForest in the vicinity of which I grew up.”

I urge the @MumbaiMetro3 @bmcmumbai and @Dev_Fadnavis to find alternate solutions for the metro car shed and preserve Mumbai’s lungs.#SaveAareySaveMumbai

He also used the hashtag #SaveAareySaveMumbai, coined by Mumbai-based conservationists who are opposing the tree-axing decision.

The move has triggered widespread protests, with 1,500 residents of the city forming a 3-km long human chain around the barricaded site of Metro 3 car shed on Sunday morning to urge the body to reconsider its decision.

Stalin Dayanand from Vanshakti – among the NGOs fighting the case for Aarey forests in the Bombay high court – told News Click that the BMC had given its approval in haste. “Nearly three thousand trees lost would be ecologically damaging since this happens to be on the banks of the Mithi river and there is a possibility of flooding,” Dayanand said.

A senior civic official said the Mumbai Metro Rail Corporation (MMRCL), which is constructing the Metro, made the proposal to cut 2,232 trees and promised to compensate by planting three times as many elsewhere in the city.

“MMRCL also sought permission to remove and re-transplant another 469 trees,” the official said, adding that before giving the approval, the members of the authority had inspected the site.

Shiv Sena youth wing leader Aaditya Thackeray, however, alleged that chief minister Fadnavis had been “misled” on the issue. “The metro is a good thing, I use the existing one and will use the new one too. However, whoever planned this green chopping in Mumbai, obviously has no love for our future generations or our city. Has misled the chief minister on its environmental assessment report for Aarey,” Thackeray tweeted.