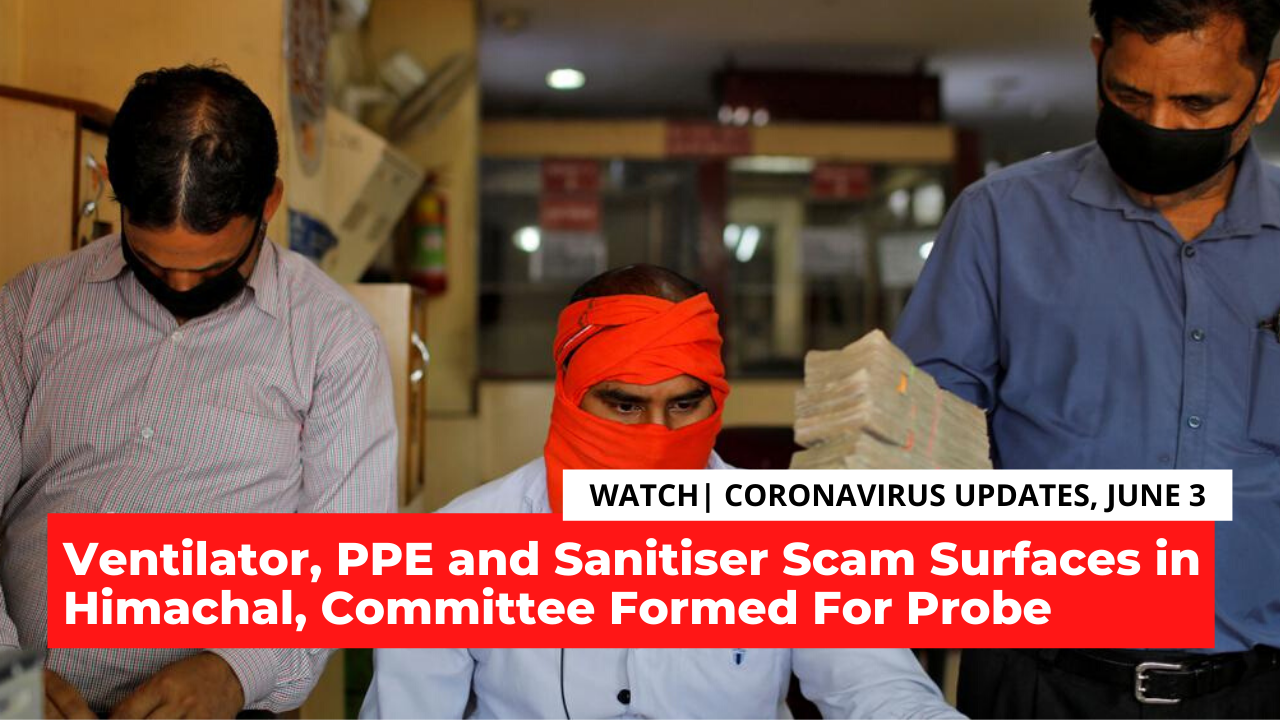 The Himachal Pradesh government constituted a four-member committee on June 2 to probe alleged irregularities in purchase of ventilators. The committee has been asked to submit its report within 10 days.

This probe is in relation to the purchase of 10 ventilators, out of which seven were received at a different price. They were bought at the cost of Rs 10.29 lakh each. Apart from this probe, the Himachal Pradesh state vigilance and anti-corruption bureau (SV & ACB) are already probing a health scam, which involves the now suspended director health services, Ajay Kumar Gupta.

According to a National Herald report, it all began in early May with the ‘sanitiser scam’ in the secretariat, where fake price tags were allegedly put on bottles. An audio clip followed, in which the director of Health Services A.K. Gupta was heard seeking a bribe of Rs 5 lakh.

On May 27, BJP chief Rajeev Bindal resigned from his post, saying he was doing so to ensure a proper investigation into the case of alleged corruption by the director. In a resignation letter sent to BJP president J.P. Nadda, Bindal said he was tendering his resignation on “high moral grounds” as some people were “dragging the party’s name” in the alleged corruption by the health official.

Both Congress and the CPI(M) have demanded a probe by a sitting high court judge while conveying that the vigilance department investigations cannot be ‘independent’ in the given circumstances. Meanwhile, the spokesperson stated that the health directorate has prima facie not found any irregularity in the purchase of ventilators, the high-level investigation committee was set up for making the whole process more transparent.