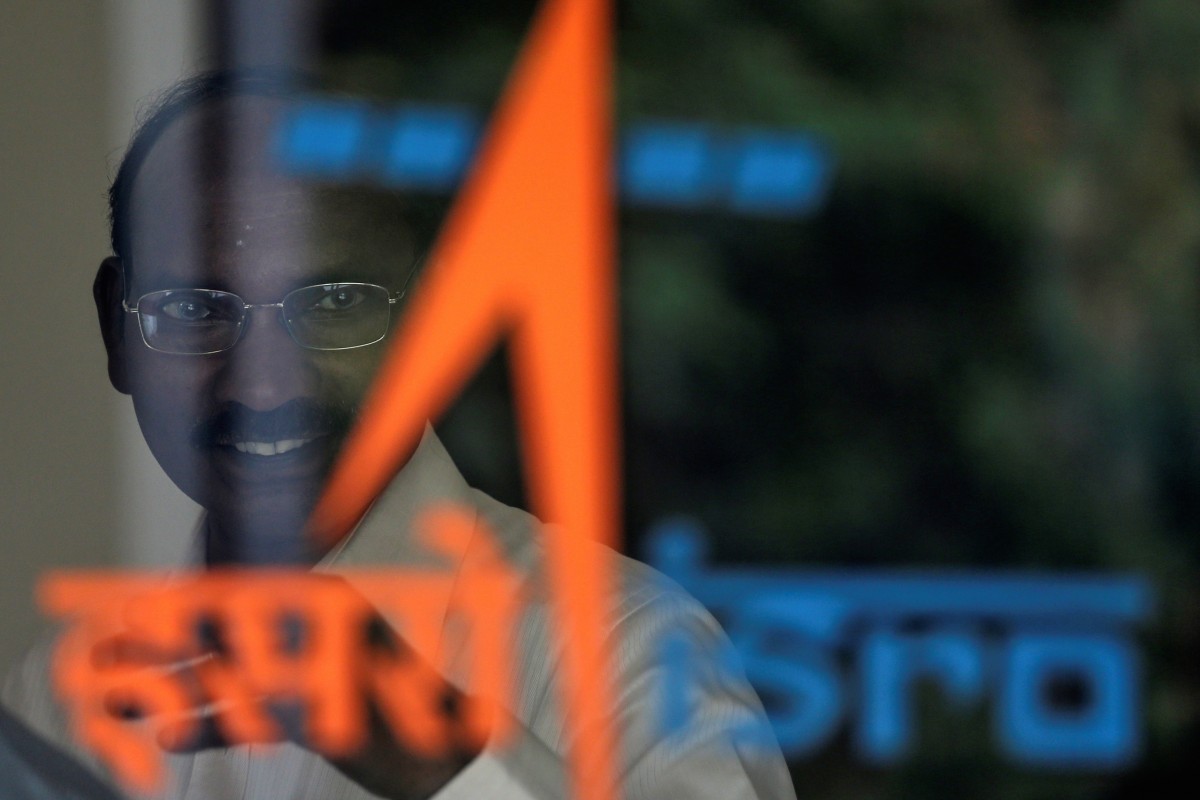 Bangalore: Shortly before 2.30 am on September 7, as a robot the size1 of a Tata Nano descended over the lunar surface for what was to be a historic Moon landing, something happened.

We don’t know what it is yet. The Indian Space Research Organisation (ISRO), whose scientists made this robot (as well as the smaller robot it contained), have promised answers soon but they can’t seem to come soon enough. Whatever happened, Vikram crashed on the Moon’s surface instead of touching down and its part of the Chandrayaan 2 mission was deemed a failure.

By 3:30 am, ISRO officials, led by its chairman K. Sivan, confirmed that the organisation had lost its communications link with the larger robot, named for Vikram Sarabhai. By 4 am, work had begun to restore this link, together with other efforts to salvage this part of the mission – a part that had, until that moment, basked in the public glare.

Whether it was the pressure to deliver a positive result – accentuated by the presence of the media-savvy Prime Minister Narendra Modi in the control room – or a complete and not unheard-of inability to manage public relations in the event of a failure, ISRO sought refuge in spin.

The organisation’s reps began to talk about how India’s new lunar orbiter, the only part of Chandrayaan 2 that had succeeded, was actually the most important part of the mission. It was a doctoring exercise that ISRO, with the support of right-wing Twitter trolls, Bharatiya Janata Party (BJP) fanatics online and off and practically everyone who couldn’t reimagine failures as teaching moments, began to execute.

By the morning of September 8, the mainstream media was flush with reports that apparently 95% of the mission had ‘succeeded’. Notes of congratulations proliferated online. Everywhere you looked, it was as if the orbiter was the whole point all along and that everyone was proud of ISRO’s work.

This was the ‘high’, when, pumped with the drugs of nationalism, questions are taboo and criticism leads to death threats. Closely reflecting an undercurrent of Modi’s reign as the prime minister, casual observers had conflated technology with science and reason had been pushed to the backseat. There was no greater example of this than the repeated and grossly mistaken claims that ISRO wanted to mine the lunar regolith for helium-3.

In the two weeks following the events of September 7, the country slowly but surely forgot what really happened – not the actual cause of the mishap but its relative significance in the larger scheme of things – and moved on to other entertainment.

A few news outlets published a flurry of unverified reports while news syndication services amplified everything Sivan or Modi or anyone else said about the mission. The explosion of articles about why the orbiter was the real deal persisted, though now as a trickle. NASA also made the occasional appearance since it had offered the services of its lunar orbiter for ISRO to spot its lander, which – according to some source or other – now lay prone on the Moon a mere 500 m from its original landing site.

Also read: With Chandrayaan 2 Setting Sail, What Will India Put on the Moon Next?

Meanwhile, in their aggressive desire to not cede even an inch to their political opponents, the BJP’s critics began to ask if Chandrayaan 2 was a sensible way to spend the money and time the government had, with little regard for how India’s historically unique space programme is tied to the country’s vast public administration system.

The stage is now set for big media to move on because Chandrayaan 2 isn’t the only major thing on ISRO’s agenda this year. Imminent missions include the first flight of the Small Satellite Launch Vehicle, the launch of CartoSat 3, the testing of its first semi-cryogenic engine and Gaganyaan. However, moving on should not be an excuse to forget.

Say the Chandrayaan 2 mission could be cleanly cut into two parts (though it can’t for technical reasons): science and technology. When the lander failed to execute its autonomous touchdown, the technological mission was, in the basest terms, only one-third complete; the scientific mission was yet to begin. There is no moral or ethic attached to this qualification but the problem, such as in the form of a perceived need to spin the failure into a triumphalist narrative, arises when one assumes otherwise.

When a developing country’s debut lunar landing mission fails, it doesn’t at all fail in the same way as, for example, a unique identity programme does when it causes personal information to leak into the public domain.

ISRO could have said there was a mistake because that is eminently understandable, and everyone could have moved on knowing that the more we learn from this incident, the more failure-proof its successor could be. Instead, it couldn’t admit a mistake without also reiterating what it had got right.

Also read: Why Chandrayaan 2 Was a Success Well Before ‘Vikram’ Got to the Moon

We are now at the twilight of Chandrayaan 2’s landing mission. The lander and the robot inside it, a rover named Pragyan, are both fit with lithium-ion cells that store energy produced by solar panels on their bodies and discharge it through wires to various instruments. Sadly these cells are not designed to be able to withstand an ambient temperature of under -160º C, and nights on the Moon have been known to plunge to -180º C.

This is why Chandrayaan 2’s surface mission was restricted to 14 Earth days: it corresponds to one half of a day on the Moon, and which – from September 7 to September 21 – experienced daylight in the part where the lander was supposed to touchdown. Today, the Sun will set on the part of the Moon where the lander is stranded and the lunar night will begin, and the batteries on the lander and rover will likely die.

Despite the Left’s misdirected protests, the Right’s misguided assertions and some scientists’ informed reservations, the Indian space programme could not have avoided Chandrayaan 2. Did the mission have any shortcomings? Absolutely, as do all ISRO missions thanks to their attendant political economics and sociology. Chandrayaan 2 was – and in the form of the orbiter, remains – India’s first major step towards the Moon, the mandatory exploratory leap that has to precede more advanced and more strategically charged programmes of the future.

We can help ISRO along with sensitive support, constructive criticism and a dogged demand for answers from one of the most inaccessible organisations in the country. But we must also constantly remember what failures are, not what they have been spun into.

The Wire Science@TheWireScience
4 Following 27.1K Followers
Within the scientific workforce, women are still often expected to fulfill gendered societal expectations, especial… https://t.co/ipgCvCBj5j
7 hours ago
1
Is the egg good or bad? And, while we are on the subject, when so much of what we are told about diet, health, and… https://t.co/OZSyAuEyeU
8 hours ago
Deep in the frozen ground of the north, a radioactive hazard has lain trapped for millennia. But UK scientist Paul… https://t.co/MdARrq3hhB
12 hours ago
1 1
When corals and sea anemones absorb oxybenzone, their cells turn it into phototoxins, molecules that are harmless i… https://t.co/thbxBxJTxt
13 hours ago
1 3
For a long time, scientists believed that most of the adult human brain was unchanging and that all brain cells are… https://t.co/ha5JOzCH6F
1 day ago
1 2
"We will mourn a landscape only if we genuinely love it. I was fortunate to have the opportunity to experience my h… https://t.co/OqdxiG3rYD
1 day ago
Trout is an adopted fish with a colonial past, and its introduction in the Western Himalayas infused the lives of p… https://t.co/Q2pRlyrYEM
1 day ago
2
"… what is the meaning of academic freedom when the academy is itself put to work for the benefit of an imperial po… https://t.co/BcSMnQ7yJR
1 day ago
Black holes twist spacetime itself around themselves, trap information and warp the path of light. To see a black h… https://t.co/qLo7T1zaCM
2 days ago
1
Prime Minister Narendra Modi pitched on May 12 to reform the WHO's vaccine approval procedure "to keep supply chain… https://t.co/NMRnOVC92S
2 days ago
1
Apart from the destruction they wreak, flash floods have also deposited debris like boulders, stones and sand on fa… https://t.co/MC29Ugk5Tn
2 days ago
3 1
An analysis of human bones found in an abandoned well in Punjab has confirmed that they are the remains of Indian s… https://t.co/pU4itI2CfB
2 days ago
8 19
Are you a multispecies entity, made up of some human bits and some microbial bits – or are you just the human bits,… https://t.co/gfug0isry3
2 days ago
It is a wonderful and fortunate thing for a scientist to be born during a great decisive moments in the history of… https://t.co/cRIlWY3EHU
2 days ago
3
Being carbon-neutral means balancing one’s activities such that one’s net contribution to atmospheric carbon is zer… https://t.co/xszsxMEkH9
2 days ago
Contact us