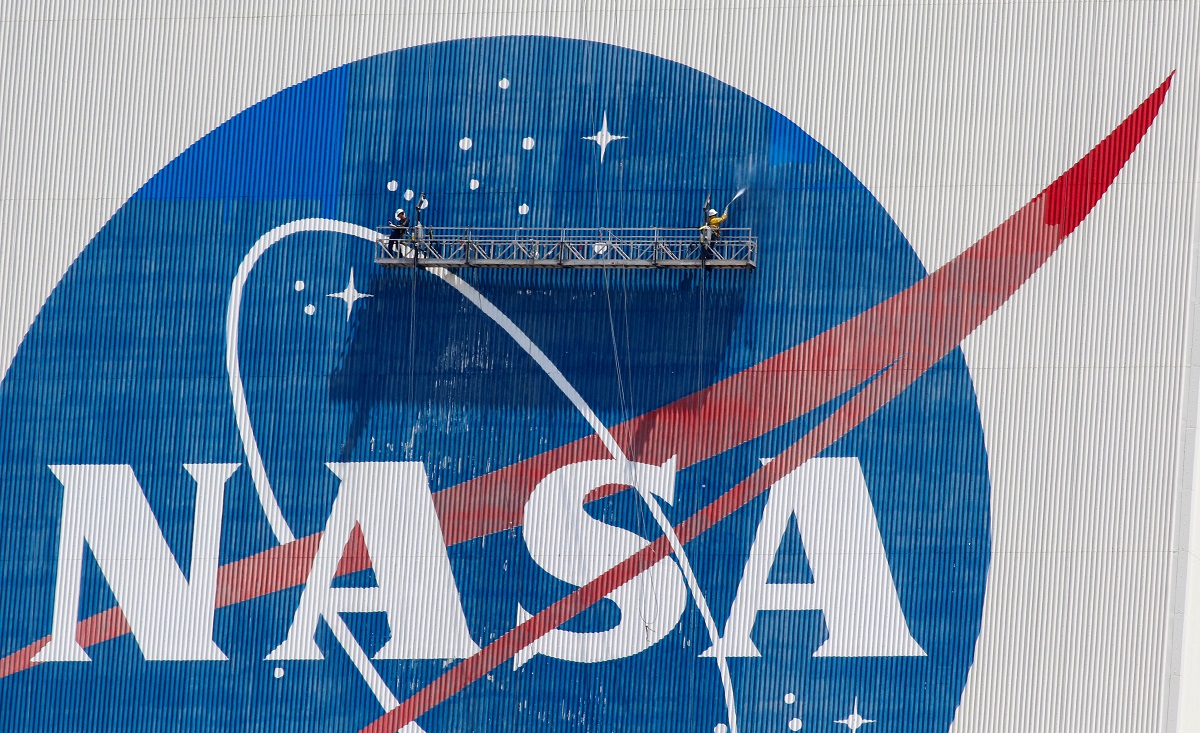 ‘Why Was the Lockdown Extended Beyond April 15?’: Dr T. Jacob John

Featured image: Workers pressure wash the logo of NASA on the Vehicle Assembly Building before SpaceX will send two NASA astronauts to the International Space Station aboard its Falcon 9 rocket. Photo: REUTERS/Joe Skipper

NASA’s Robert Behnken and Douglas Hurley will become the US agency’s first astronauts to take off from American soil in nine years, marking an important step towards ending the country’s dependence on Russian rockets.

The astronauts are scheduled to blast off in SpaceX’s Crew Dragon spacecraft and head to the International Space Station (ISS) as part of NASA’s Commercial Crew Program (CCP), the space agency announced on Saturday.

Behnken and Hurley will lift off on a Falcon 9 rocket on Wednesday from the Kennedy Space Center in Florida.

The Demo-2 mission will be the final test flight for SpaceX and is expected to validate NASA’s crew transportation system, including the launch pad, rocket, spacecraft, and operational capabilities.

The CPP can then certify Crew Dragon for operational and long-duration missions to the ISS.

The certification will enable NASA to “continue the important research and technology investigations” taking on board the ISS “which benefits people on Earth,” the space agency said.

The pair will also be NASA’s first astronauts to test the spacecraft systems in orbit.

Jobs to be done in space

Behnken and Hurley, both selected for their extensive test pilot and flight experience, have already carried out a number of missions on the space shuttle before the remaining fleet of spacecraft were retired in 2011.

After a successful docking, the astronauts will become members aboard the Expedition 63 crew and assist in performing tests on the Crew Dragon. In addition, they will carry out research and other tasks with the ISS crew.

While the Crew Dragon can stay in orbit for approximately 110 days, the mission duration will be determined once on-station, depending on the readiness of the next commercial crew launch, NASA said.

Upon conclusion of the mission, Crew Dragon will autonomously undock with Behnken and Hurley on board, depart the ISS and once again re-enter the Earth’s atmosphere.

NASA said the mission “lays the groundwork” for future exploration of the Moon and Mars. The agency’s Artemis program will land the first woman and the next man on the lunar surface in 2024.