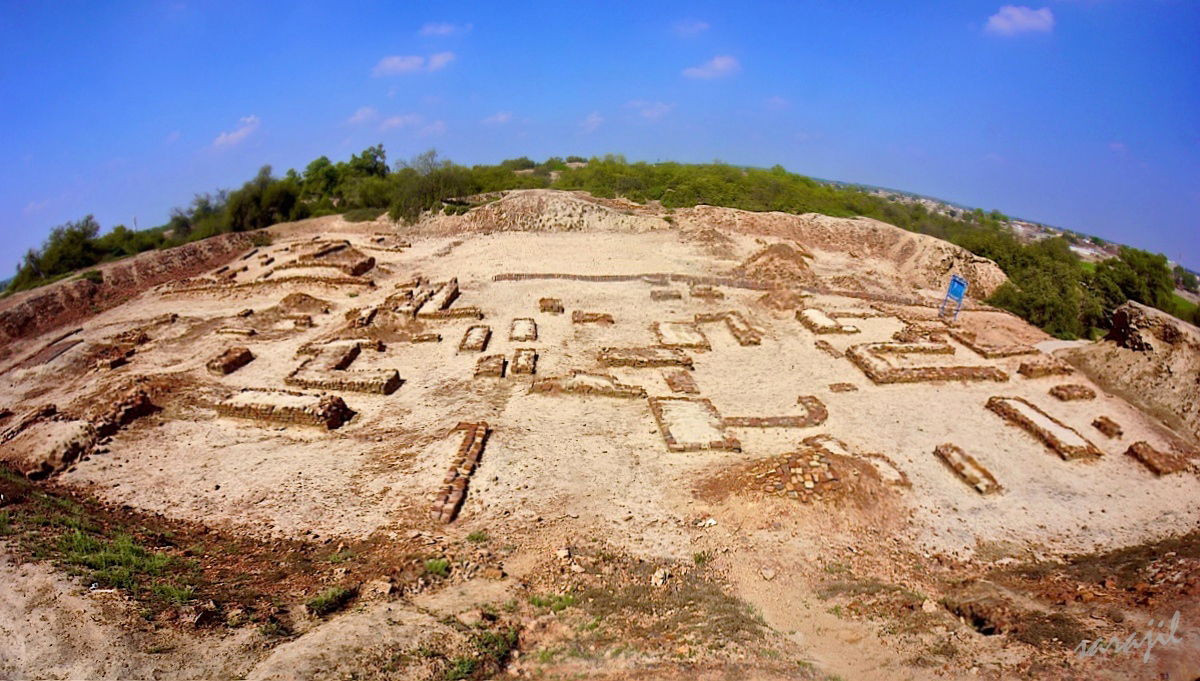 Last week, two important scientific papers were published, describing archaeogenomic studies of the early settlers of central and south Asia. They chart the genetic trail of the hunter-gatherers, Iranian farmers and pastoralists from the Pontic-Caspian steppes, and how they may have intermingled to become the makers of some of the world’s earliest civilisations.

One of the two papers attempts based on a single sample, which may not be representative of the entire population, to track the lineage of the people who settled the Indus Valley through genomic analysis. This was the first time this technique was to be employed on artefacts related to the Indus Valley civilisation (IVC).

As we know, the pre-Indian state’s civilisational beginnings are associated with the Harappans, believed to be the earliest settlers and belonging to a greater IVC, whose culture extends from 7,000 BC to 2,000 BC. Their settlements were spread over a wide area around the Indus River, Kutch, Saurashtra and parts of Balochistan (Mehrgarh) and the Makran coast. This civilisation had a slow demise as a result of the spread of aridity and declining summer rainfall.

Experts generally agreed that during the late Harappan period, the Rigvedic people entered the Indian subcontinent. These pastoral migrants and their grazing animals came in from the west into the Indus Valley region in a phased manner; it was not an ‘invasion’ in the classical sense, although the antagonism between these two strikingly different cultures and the consequent ‘othering’, as an expression of prejudice based on group identity, cannot be ruled out.

In fact, this sort of cultural landscape may have been conducive for caste-based social hierarchy, allowing the socially resourceful newcomers to dominate and for the earlier settlers to have become marginalised. As the American archeologist George Dales noted, “Harappans met their end not with an Aryan bang, but with an Indus expatriate’s whimper”, borrowing a figure of speech from T.S. Eliot.

Although experts have developed this popular narrative using archaeological, linguistic, zoological, botanical, geographical and theological evidence, some others have also been promoting a revisionist explanation called ‘Out of India’.

The proponents of this alternate theory argue that the Harappan civilisation never collapsed but temporarily declined and was then revived in the form of a new cultural offshoot peopled by those who called themselves ‘Aryan’. This society was dominated by a sacerdotal class adept at chanting Sanskrit verses encoded in the much-revered Vedas. This view propagated the idea that this ‘indigenously developed’ culture, along with Sanskrit, also spread westwards at the same time.

How valid is this ‘Out of India’ argument? Is there any evidence to substantiate its theory of outward migration?

Older studies based on mitochondrial DNA studies tell a different story: that outward migration did not happen. Instead, they indicate that some of the social groups distributed in various parts of India share a common genetic ancestral lineage (designated haplogroup R1a1a) with eastern Europeans. The new archeogenetic papers suggest that haplogroup R1a1a mutated out of haplogroup R1a in the Eurasian Steppe about 14,000 years ago. Thus, these studies support the ‘Out of the East European Steppes’ theory. It follows from this that the original form of Indo-European languages was first spoken in eastern Europe, the ‘original’ homeland.

About 10,000 years ago, a portion of the people that shared the genomic subclade R1a1a left their homeland and moved east towards the Caspian grasslands, where they tamed horses, goats and dogs and learned to build horse-drawn chariots, essential for a nomadic life. Around 1,900 BC, these people broke up into three groups. One group proceeded westward, to Anatolia, part of the fertile crescent. The second moved into what is now western Mongolia. The third group migrated southwards, into a region known to the Greeks as Bacteria.

Subsequently, the third group divided into two subgroups: one moved into what is now Iran, and the other into India. Those who entered India, around 1,500 BC, established the dominant civilisation in western Punjab. By then, much of the older Harappan settlers had either become marginalised or had moved to the south and central India, and even to parts of Balochistan. The newly settled people, the so-called ‘Aryans’ themselves, were not builders like the Harappans but are likelier to have been better story-tellers.

The following is an important part of the conclusion of the paper that used the single sample:

While our study is sufficient to demonstrate that this ancestry profile was a common feature of the IVC, a single sample – or even the gradient of 12 likely IVC samples we have identified – cannot fully characterise a cosmopolitan ancient civilisation. An important direction for future work will be to carry out ancient DNA analysis of additional individuals across the IVC range to obtain a quantitative understanding of how the ancestry of IVC people was distributed and to characterise other features of its population structure.

In other words: the DNA from the skeleton of the woman, dated to about 5,000 years ago, shows no detectable ancestry from the “Steppe pastoralists or from Anatolian and Iranian farmers, suggesting farming in South Asia arose from local foragers rather than from large-scale migration from the west”. This conclusion does not contradict the prevailing understanding of the Harappan settlers’ origins.

What is surprising is that, in a press conference held in New Delhi on September 6 to explain their findings from Rakhigarhi soon after the papers were published online, coauthors Vasant Shinde, archeologist and vice-chancellor of Deccan College, Pune, and Niraj Rai, head of the ancient DNA laboratory at the Birbal Sahni Institute of Paleosciences, Lucknow, advanced the contested ‘Out of India’ theory. Outlook wrote that they also attempted to “disprove the ‘Aryan’ or Steppe migration theory saying that India has always been an indigenous population”.

These are surprising statements because the two papers make no such claims at all. It is curious why these scientists would endorse such a theory to an assembly of journalists when their claims haven’t been validated by experiments or observations in the two recent papers as well as in older ones. What are we to conclude?

Shinde further reportedly dismissed the idea that a Vedic people had migrated from the Eurasian steppes around the time the Harappan civilisation was on the decline. This statement contradicts the findings reported in the other paper, which he coauthored.

Also read: ‘One More Nail Into the Coffin of the Himalayan Saraswati’

This other paper examined the DNA of about 523 Asian individuals who had lived over the last 8,000 years, and concluded that after the Harappan civilisation declined, its people mixed en masse with the groups migrating from the steppes to birth the ancestral north and south Indians. The paper’s abstract reads:

By sequencing 523 ancient humans, we show that the primary source of ancestry in modern South Asians is a prehistoric genetic gradient between people related to early hunter-gatherers of Iran and Southeast Asia. … The Steppe ancestry in South Asia has the same profile as that in Bronze Age Eastern Europe, tracking a movement of people that affected both regions and that likely spread the distinctive features shared between Indo-Iranian and Baltic-Slavic languages.

Again, this does not contradict our current understanding of the movement of the steppe ancestry to South Asia that worked as a passage for the spread of Indo-European languages, although it does add more data.

So what could have compelled the two Indian authors to twist their conclusion in one case and contradict in the other, vouching for a revisionist idea that lacks proof? They weren’t alone in their stand: various outlets published reports on the two papers that were disconnected to different degrees from the studies’ conclusions, ranging from the tepid Economic Times to the celebratory Amar Ujala to the rapturous Organiser1.

One possibility is that these scientists and writers are allowing themselves to be intimidated by the current political ecosystem, which has been encouraging nativist ideologies and cultural triumphalism. However, the scientists’ professional ethics demands that the duo defend their published papers in their entirety. If they have chosen to challenge the conclusions of the papers that they coauthored, then they must write to their fellow authors, and the publishers, to take the necessary steps and remove their names from the studies. Indeed, their coauthors have already distanced themselves from their controversial comments.