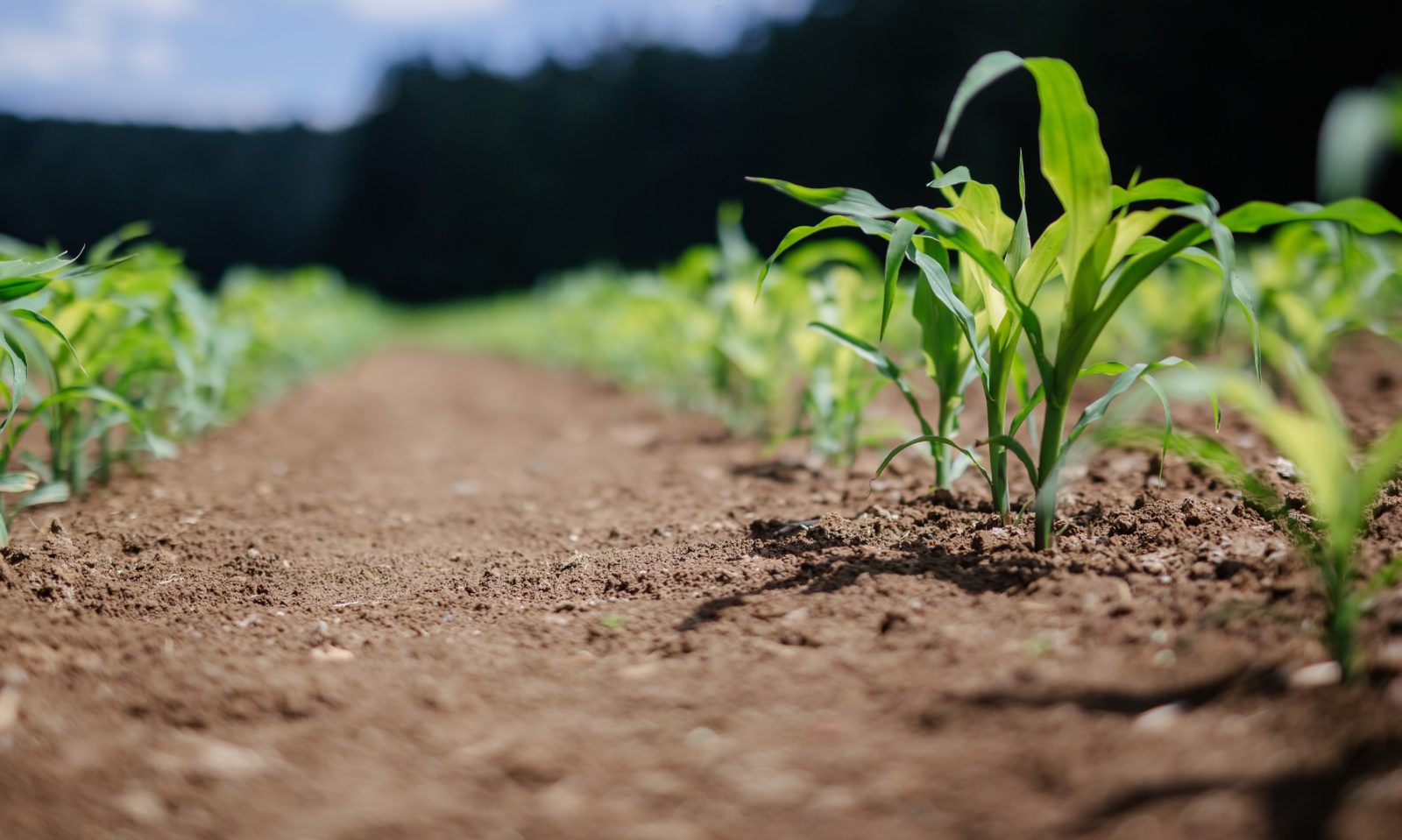 After Scientists Complain of Interference, DoT To Reallocate Jio Spectrum

Decades from now, carbon dioxide levels will be at an all time high. Earth will be hotter and more humid, affecting food production in the planet’s tropical belt. At the same time, food production will continue to rise, thanks to gains in the temperate zones.

Several crop-yield models predict that before it all starts getting worse, a small increase in carbon dioxide levels will be good for agriculture in the short term. The general consensus is that the tropics will become less suitable for farming, but as the planet warms, parts of the US, the UK, China and Europe will, for a short period, experience the sort of temperature suited for agricultural activity.

For many years, scientists have been studying crop-yield in different scenarios to predict how climate change might affect them. Their studies have been based on a complex combination of the direct effects of climate change, typically in the form of temperature, rainfall and carbon dioxide levels. But most of the models thus far have stopped short of adding pests and diseases to the equation – and new research suggests these factors could annul the previous models.

“We probably lose around a quarter of food production to pests and diseases,” Dan Bebber, an associate professor of ecology, University of Exeter, told The Wire Science.

Pests come in different forms: insects, viruses, molds, fungi. Fungal pests in particular have cultivated a notorious reputation. Consider Cochliobolus miyabeanus, the fungus that causes brown spot disease in rice. Eight decades ago, an outbreak of this disease affected the rice stock in eastern India, avalanching into the terrible Bengal famine of 1943.

“More recently, banana crops in India have been succumbing to a deadly fungal disease that originated in central America,” Meghna Krishnadas, a senior scientist at the Centre for Cellular and Molecular Biology (CCMB), Hyderabad, told The Wire Science. This disease is the Panama wilt.

Just like us and the land, the plants around us will be affected by climate change in ways we can never fully anticipate. And, according to Krishnadas, fungal disease outbreaks only highlight the importance of understanding how these and other diseases adapt at new locations, and how climate may shift the burden of plant infections.

“We still lack good data on actual fungal impacts,” Bebber said, “but globally, the value of the fungicide market is approaching $20 billion per year.”

In a new study, Bebber and his colleagues have modelled the climate’s effect on pest ranges. They looked at how fungi might migrate as the world’s tropics become warmer, and how their movement could change the risk of plants catching diseases.

Their goal was to find whether migrating fungi could negate the higher crop-yield at places further away from the equator that older models have predicted.

They did this by combining the expected crop yield at a location, the expected temperature there and if the latter overlaps with the temperature at which a fungus is known to cause disease.

Bebber and his team first used four climate models to know what the surface temperature might be in different regions of the world. They created a grid of the planet and assigned each square a mean temperature according to each model. They also accessed crop-yield data for the period 2011-2030 from three crop models that predict the effect of environmental stresses, including those of soil and water, on plant growth and compared it to yield projections for 2061-2080 under similar scenarios.

The researchers analysed the monthly crop yield in each grid from 2061 to 2080, and tracked changes in the growth of 12 crops:

The yields of most of these crops (the exceptions being cassava and, to some extent, rice) increased in the temperate region, and those of maize, millet and sugarcane either stagnated or declined in the tropics. These predictions are in line with what other agricultural models have already predicted.

Then Bebber et al. analysed plant infection risk according to temperature. Most fungi cause disease in a narrow range of temperatures. So the team mined existing infection-temperature data pertaining to 80 fungi and molds responsible for major agricultural losses.

First, they estimated the amount of fungal growth in each grid according to different temperature projections. This information is available from models that climate scientists use, called representative carbon pathways (RCPs). Each ‘pathway’ charts Earth’s average surface temperature according to an emissions trajectory.

For example, RCP 2.6 assumes that global carbon dioxide emissions will start falling from 2020 and become negligent by 2100. This is the pathway the world needs to follow to fully abide by the Paris Agreement.

At the other end, RCP 8.5 assumes carbon dioxide emissions will continue to rise through the 21st century – leading to unbridled catastrophe. The other RCPs are numbered 4.5 and 6.

The team found that in all scenarios, fungi declined in the tropics and became more prevalent in the temperate regions.

Next, they narrowed their results from the total land area to the total cropped area.

They found that as both plants and fungi seemed to migrate further into the temperate zones, the plants’ infection risk increased concomitantly. For example, both production and the number of fungi affecting wheat are expected to peak in the temperate zone, according to the yield prediction model.

In effect, the higher crop yield, as a result of there being more carbon dioxide in the air, will come at a steep cost.

The researchers also found that crop losses due to fungal diseases could drop as temperatures rose in tropical countries like India. But again, there’s a catch: the higher temperature in this part of the world is expected to reduce yield.

Both these findings hold in cases where the area under agriculture, common methods of farming and carbon dioxide emissions remain the same as they are today.

The study also has some other limitations. For one, as Bebber admitted, data about how fungi respond in different temperatures is quite old, the climate models have some implicit uncertainty and crop distributions are estimates.

“But the main conclusions are robust,” Bebber added, “because in general, temperature increases will cause latitudinal shifts.”

Krishnadas was skeptical, however.

For example, the study suggests that the number of pathogens for a given host plant will decline in India, with minor differences between summer and winter. “But I would be cautious of how we interpret the results – this does not necessarily mean that disease burden will decrease,” Krishnadas, who was not involved with the study, said.

According to her, in many ecological systems, one or two pathogens can actually cause more severe disease if the population of other pathogens has declined. So instead of focusing only on the number of pathogens, she thinks it might also be useful to consider the balance of co-existing pathogens and how this could affect the disease burden.

Pramod Aggarwal, the Asia program leader at CGIAR Research Program on Climate Change, Agriculture and Food Security, is also not entirely convinced by the suggestion that the prevalence of fungal diseases in the tropics could fall.

“The results are more oriented towards what would happen in the temperate regions, because a large chunk of fungal data [that scientists have] studied is from research conducted in the temperate zone,” Aggarwal told The Wire Science.

“It’s important to note that crop losses in India could also be due to erratic rainfall changes, and this may in turn affect the incidents of pest attacks by insects.”

A case in point is the locust swarm of 2020, which spread from east Africa to India. One reason the swarm emerged was more rain than usual over the Sahara, which encouraged the insects to breed more, swarm and fly out, eventually damaging crops in Rajasthan and Madhya Pradesh. As rain events are expected to become more intense, there are likely to be more locust swarms as well.

“It’s safe to say that we are moving into uncharted territory,” Aggarwal said. “It’s a complex relationship – the equation has plants, temperature, water, rainfall, pests, carbon dioxide and technology.” Changes in any of these factors could have wide-ranging consequences for both plant growth and crop production.

Its limitations aside, the Bebber et al. study is important for two reasons: for elucidating impending challenges in crop production and for knocking back against hope that short-term gains from rising carbon dioxide levels could help us tide over food challenges in the near future.

We need more research like this, that draws on lessons from different streams of study to piece together the larger picture of the world in the late 21st century.

For example, Aggarwal’s group at CGIAR is working to understand the impact of climate change on agriculture and the adaptation strategies that will work. At CCMB, Krishnadas is looking at how rainfall patterns and insects and pests could affect the success of different species of seedlings, to help understand how climate change and pathogens could shape forests in the future.

Bebber’s team itself is currently planning work on a more detailed exploration of how individual fungal pathogens, like the Fusarium wilt1 that affects banana plants, might spread and attack their hosts as the climate changes.