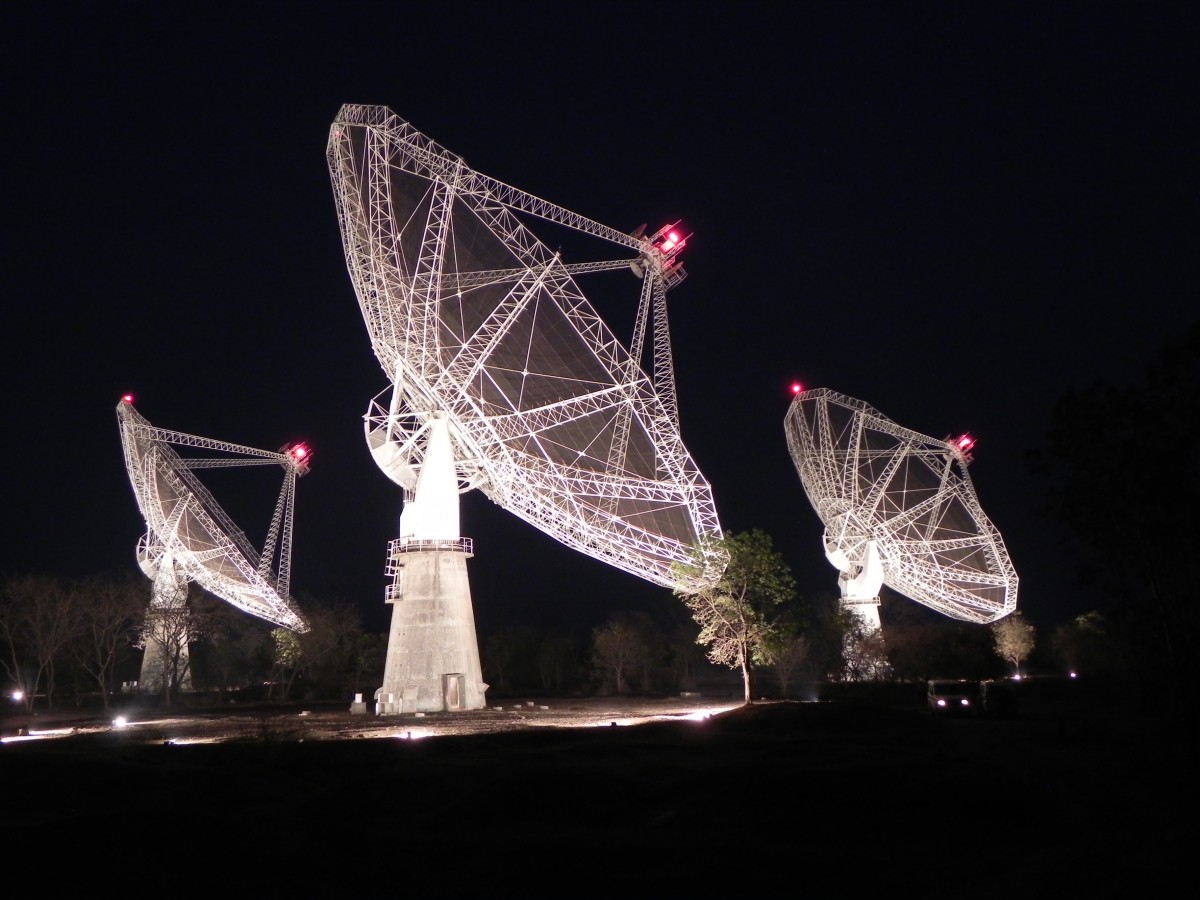 As ICMR Revises COVID Guidelines, India Can Exit the Thrall of Ivermectin, HCQ

New Delhi: A month after the Indian Express reported that bad spectrum allocation was affecting the quality of data produced by the Giant Metrewave Radio Telescope (GMRT) in Pune, the Department of Telecommunication (DoT) has admitted that operations of Reliance Jio Infocomm Limited need to be shifted to a higher frequency.

GMRT, the world’s largest radio telescope operating in the metre-wavelength range, is a popular and important astronomical observatory. The telescope – actually an array of 30 dishes – captures faint radio signals pinging Earth from far-flung parts of the universe.

At the time of its construction, the Tata Institute of Fundamental Research and the National Centre for Radio Astrophysics (NCRA) had carefully picked its location – some 80 km north of Pune, off the Pune-Nasik highway – because this area was free of electromagnetic signals that could interfere with the radio signals that the GMRT looks for.

In addition, GMRT had protected rights to frequencies around the 900 MHz band at the time of the spectrum auction – yet the DoT erroneously allocated Jio the 850-950 MHz spectrum in 2016, according to Indian Express. This resulted in interference, affecting the quality of data produced by the telescope and forcing scientists to abandon some observation programmes.

The Indian Express has now reported that DoT officials have admitted that Jio’s operations are interfering with GMRT’s functioning and that the telecom company’s spectrum will have to be reallocated. This decision comes after fresh findings confirmed that signals generated by Jio’s towers “were creating significant interference” in GMRT data.

NCRA scientists had first taken up the matter with the ministry in early 2018 and had reportedly been assured a “positive solution”. But three years later, the solution is yet to materialise.

A.K. Tiwari, member (technology), Digital Communications Commission (DCC) at DoT, confirmed to Indian Express that his office had received the file about three weeks ago detailing the harmful effects of Jio’s transmissions on GMRT’s operations. Scientists had sought the ministry’s urgent intervention in this matter, he said.

“Previously, there were rounds of discussions with the authorities of GMRT and telecom operators in this regard. The case, which is already in process, has been referred to higher authorities for review,” Indian Express has quoted Tiwari as saying. “Technically, the DoT feels that the frequency allotted to RJIL should be shifted. Probably, we will shift the telecom operator to some higher frequency so that the cause of interference is removed.”

The report also notes that when the ministry decides to award a higher frequency to Jio, the telecom operator will have to pay for the reallocation. And the transition could take time – around two months, according to Tiwari.

“Every frequency auctioned comes at a certain cost. The price difference, if any, from the time of auction/allocation to the present reallocation will have to be borne by the telecom operator,” another DoT official told Indian Express.

As The Wire Science reported earlier, radio signals of interest from outer space are “typically millions or billions of times weaker than the signals that communication systems use”. Therefore, transmissions to and from other devices that use radio signals to communicate will significantly hamper the functioning of radio telescopes like the GMRT.

Scientists have already complained about permanent damage caused to large datasets because of Jio’s operations. They fear that if there is further delay by the ministry to reallocate the telecom operator’s spectrum, even future datasets could be rendered useless.