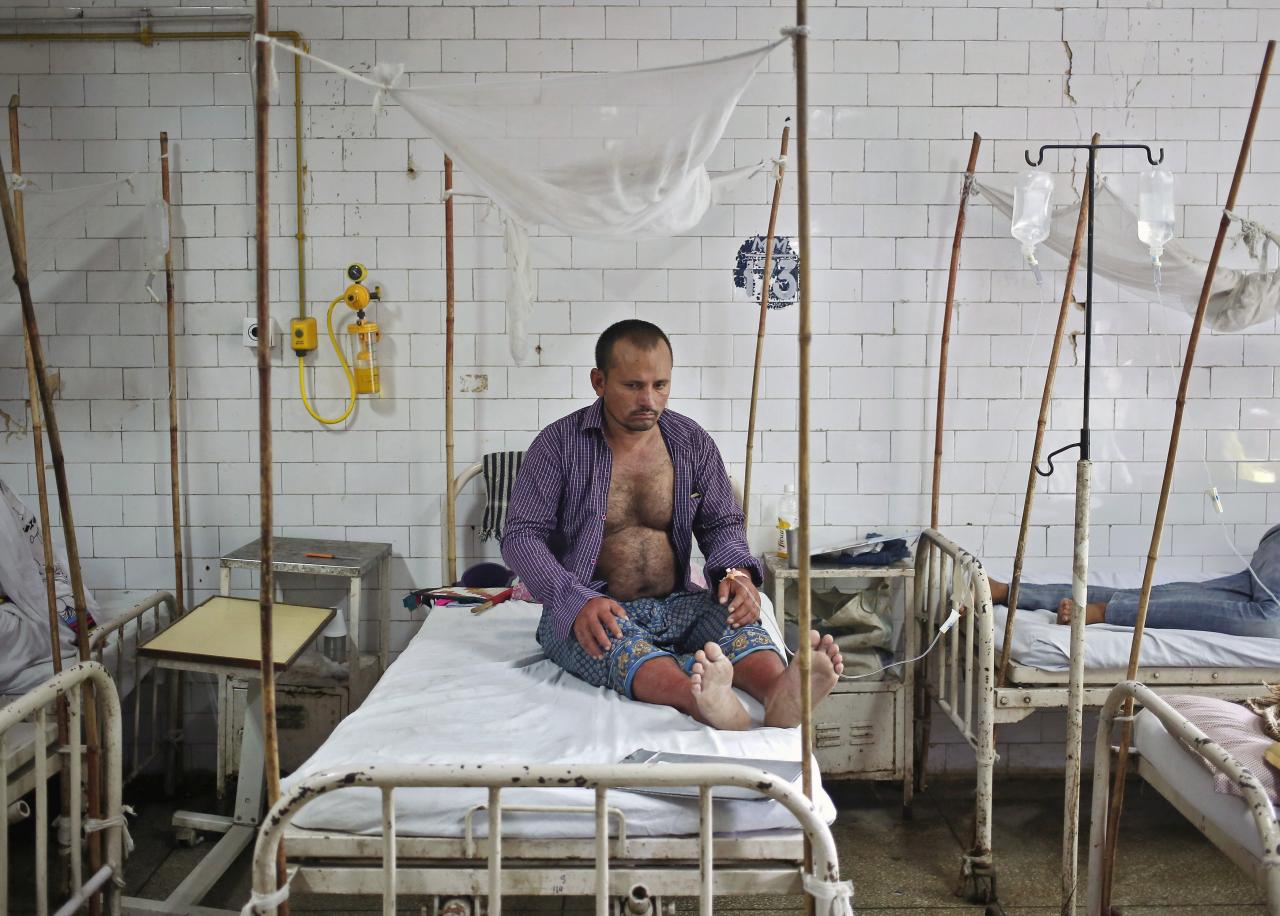 In Photos: The Super Blue Blood Moon as Seen Around the World

The government announced a new health protection scheme to give Rs 5 lakh to 50 crore poor and vulnerable individuals, despite existing schemes on this hitting roadblocks.

“Madam this is important,” he said while announcing the details of the scheme. “My government has now decided to take healthcare protection to a new aspirational level.”

He called this the “world’s largest healthcare programme” and said that adequate funds will be provided for the implementation of it.

The new fund will cover ten crore poor and vulnerable families, which will reach about 50 crore people. The amount of Rs 5 lakh per family will go towards helping these families access secondary and tertiary care.

“This will avert wage loss and impoverishment,” said Jaitley.

Former finance secretary Arvind Mayaram as well as others weighed in on how this new scheme might be a gateway to a greater role given to private insurance providers and hospitals in healthcare delivery for the poorest.

Universal health insurance through private hospitals has not worked for the poor anywhere. Biggest beneficiaries are the private hospitals and insurance companies. There is no substitute for public health care. More money should have been pumped to strengthen it.

How is the new programme different from the existing programme?

The NHPS had agreed to provide Rs 1 lakh per family. The RSBY offered Rs 30,000 to poor families and Jaitley acknowledged the RSBY in his speech.

There are two ways in which the new announcement is significant for its scale and ambition.

Firstly, the amount of Rs 5 lakh per family is a massive and unexpected hike from the existing fund of Rs 1 lakh per family. This amount is 17 times bigger than the RSBY scheme and will cover 40% of India’s population.

How well did RSBY, RSSY and NHPS work?

Firstly, the government admitted just two months ago that their own announcement from the last budget – the NHPS – was yet to be finalised.

Secondly, the RSBY itself has been plagued with problems of transparency and efficiency.

In the last few years of the RSBY, both the amount of money released as well as utilised, fell considerably. The number of states participating also petered out, with only eight states utilising any of the money disbursed to them under RSBY.

Chhattisgarh utilised the maximum amount of funds under RSBY. Other states that took up RSBY with comparable enthusiasm were Kerala and Odisha.

Chhattisgarh utilised nearly one third of all of RSBY’s funds in 2016-2017. But as reports in The Wire explained, studies in Chhattisgarh showed that several private hospitals forced people to pay additional money even after using RSBY insurance funds.

The administrator of this scheme has also changed over time: RSBY used to be administered by the Ministry of Labour and Employment; this was shifted to the Ministry of Health and Family Welfare after renaming it RSSY. 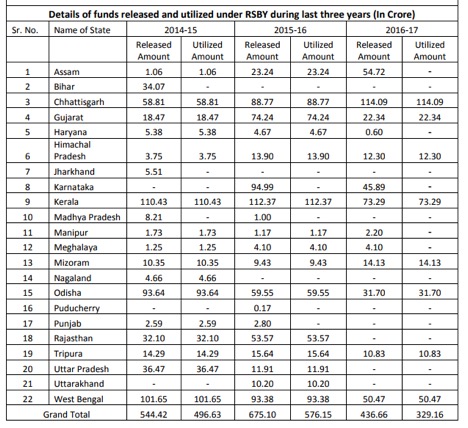 Public sector recedes in health delivery for the poorest

The entry of the private sector into health delivery for the poorest is a very real possibility due to the design of the government’s scheme so far.

Need to look at the details but surely this vast outlay could have been used to strengthen the public health system and improve government medical and nursing colleges? Employ more people, pay better salaries? Why transfer funds to private hospitals? https://t.co/EUfUnpH4UO

Government data shows that out of 7,226 hospitals empanelled by the government for RSBY, more than half of them – 4,291 hospitals – were private, while 2,935 were public hospitals.

Former health secretary Keshav Desiraju asked, “Why transfer funds to private hospitals?” But given the delivery of RSBY so far, this appears to be the possibility for the scheme.

Indian Express reported that the NHPS announced in the last budget has in fact been lying dormant with the Union cabinet since November 2016. This plan was first announced by Prime Minister Narendra Modi in his Independence Day speech of 2016.

Explained: Despite Govt Claims, India’s Health Budget Only Around 0.34% of GDP