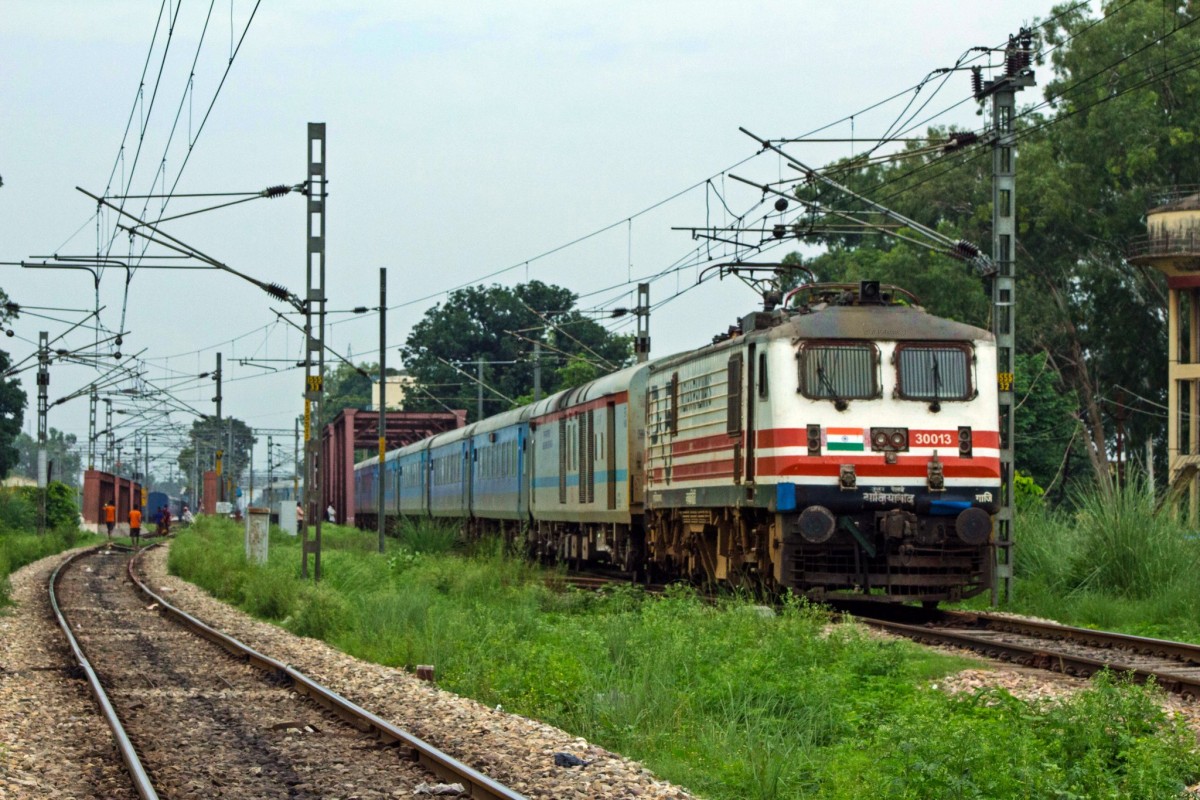 New Delhi: The Indian Railways has announced that it will replace the power generator cars placed at either end of trains and instead run them through power drawn from an overhead electric supply system. The plan, which will make train journeys less noisy and more eco-friendly, will be implemented by December this year, according to senior officials.

The Head On Generation (HOG) system will be used to replace the power cars, which generate noise around 105-decibel. Speaking at a press conference, member (rolling stock) of Railway Board Rajesh Agarwal said once the system is adopted, diesel will not be used for power generation, reducing air pollution. The elimination of high decibel noise emanated by the generator cars will also result in the reduction of air pollution.

Agarwal said the plan will save the Railways Rs 800 crore a year in power bills and reduce air and noise pollution. He said currently, the cost of power is more than Rs 36 per unit. Once the HOG system is adopted, the price will drop to Rs 6 per unit.

Also Read: Railways Hopes to Get Passengers to Pay up to 71% More for Train Tickets

Instead of the two power cars, there will be one standby ‘silent’ generator car to be used for emergency. The second car will be replaced by an LSLRD (LHB Second Luggage, Guard & Divyaang) compartment. This compartment will have a specially-designed cabin with six seats reserved for disabled persons, an additional 31 seats for chair car travellers and extra luggage space.

The Railways is in the process of converting its Linke Hofmann Bosche (LHB) coaches, which use two power cars at either end for its power supply, into the HOG system. The national transporter had only recently moved from the old integral coach factory designs to LHB coaches, which are lighter, have more carrying capacity and higher speed potential.

According to reports, the LHB coaches also require uninterrupted power supply for lights, fans, air conditioning, charging points and pantry needs, which is collectively known as hotel load. The Railways has been using power generator cars at both ends of the rake to meet this supply. Once the HOG system is adopted, it will eliminate the necessity of these generators.

Apart from being economical and eco-friendly, the HOG system is also more reliable and will have a lower risk of failure during train operations due to equipment failures.

The Wire Science@TheWireScience
4 Following 27.2K Followers
A reflective teacher and principal armed with a notebook and a dose of curiosity can easily be a game-changer to de… https://t.co/JfIt2YSYvK
6 hours ago
1
Before plants came on land, rivers sent most mud to the seafloor. But after plans showed up, flora held on to sedim… https://t.co/VfWKtEJUVA
6 hours ago
2 3
Delegates at the open-ended Working Group on the Post-2020 Global Biodiversity Framework had agreed on only two tar… https://t.co/iDM77BrbYC
8 hours ago
1
It is a striking irony that the study of strife in honey bee colonies, however rare, is helping us understand how s… https://t.co/LLyazE6Hyf
10 hours ago
2
Sexism in medicine is not a new phenomenon. Several elements of it have existed in medical textbooks and syllabi, a… https://t.co/y0NCGTvOzN
12 hours ago
1 2
The Indian government has resorted to multiple questionable manoeuvres to have the Hubballi-Ankola Railway Project… https://t.co/mPZV19x4je
14 hours ago
1 2
Why should Indians receive medicines with higher levels of impurities when their counterparts in ICH countries don'… https://t.co/qyEvSeDLl6
1 day ago
3 11
A heat dome occurs when a persistent region of high pressure traps heat over an area. It can stretch over several s… https://t.co/hHFCRluVyS
1 day ago
1
Sleep deprivation impairs neurocognitive and motor performance, significantly affecting the quality of routine clin… https://t.co/CrTLFgyJZ6
2 days ago
2 8
Pharmaceutical products contain more than just the active drug that directly affects the body. They also include "i… https://t.co/VdQdvWE45t
2 days ago
5
In Bimal Roy's classic 'Madhumati' (1958), the trees, forest, birds and animals, waterfalls, streams, clouds, mist… https://t.co/aK0vcYhzbh
2 days ago
2 8
India's large manufacturers say that the country needs to impose ICH standards locally, too. This will improve the… https://t.co/rbMPMCgDM0
2 days ago
2 2
"While carbon dioxide emissions often dominate climate talks, we also need to cut emissions of several other climat… https://t.co/wHvvziFosF
3 days ago
3 2
Funding more clinical trials in India, monitored by appropriate local ethics committees, would open up treatment op… https://t.co/mcxkY34IYD
3 days ago
Overall, abortion is much safer than childbirth. Researchers found that from 1988 to 2010, abortions had a mortalit… https://t.co/aiIAYiobTD
3 days ago
4
Contact us