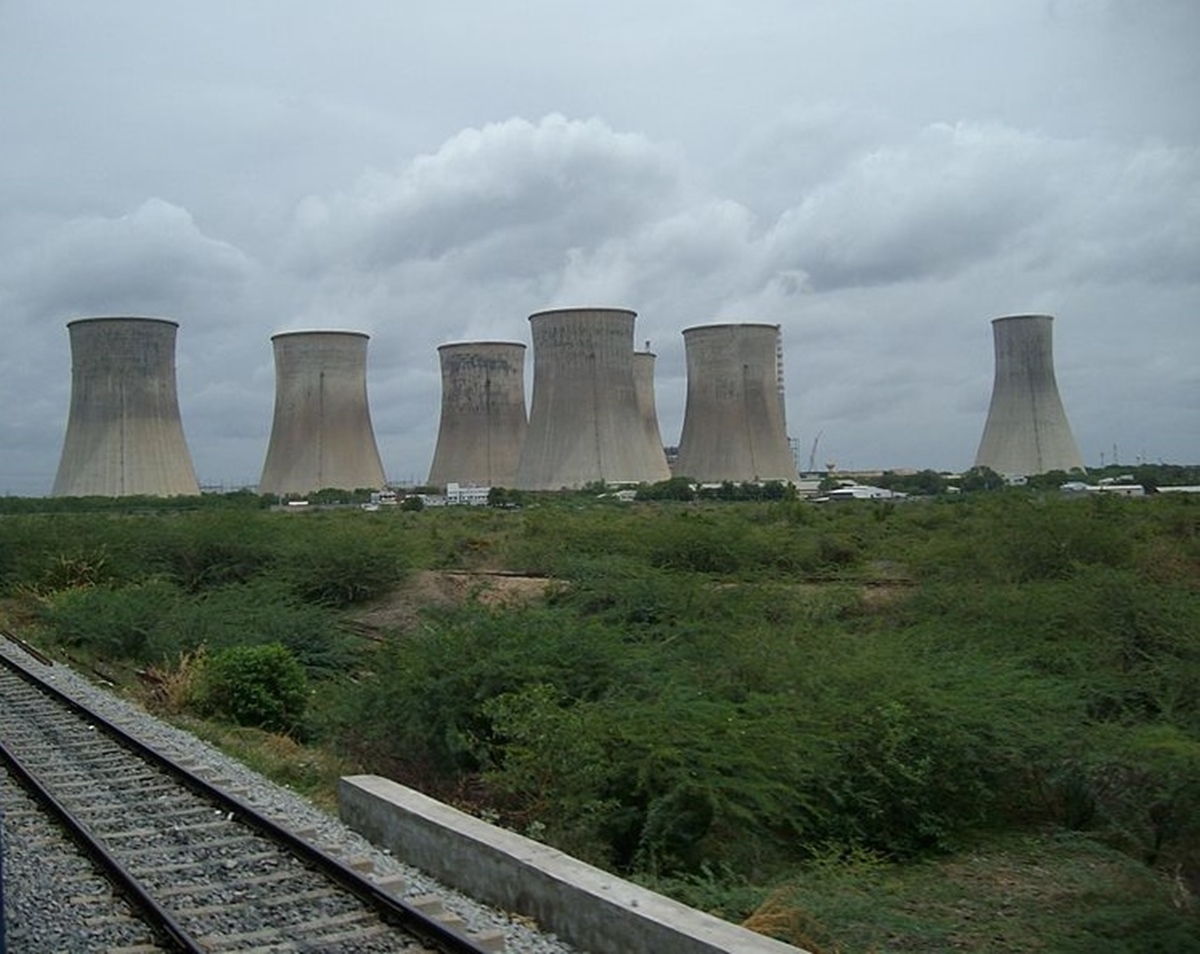 New Delhi: More than half of India’s coal-fired power plants ordered to retrofit equipment to curb air pollution are set to miss the deadline, private industry estimates and a Reuters analysis show, as millions in the country wake up to toxic air each day.

Thermal power companies, which produce three-quarters of the country’s electricity, account for some 80% of India’s industrial emissions of sulfur- and nitrous-oxides in India, which cause lung diseases, acid rain and smog.

India, currently struggling with some of the worst air pollution levels on earth, has previously already extended its December 2017 deadline for its utilities to meet emissions standards, after extensive lobbying by the Association of Power Producers (APP).

In a letter to the government dated May 24 and reviewed by Reuters, APP’s director general Ashok Khurana said the installation of Flue Gas Desulphurization (FGD) units – which cuts emissions of sulfur dioxides – take about 27-30 months and warned that banks were withholding funding for these units due to stress levels in the power sector, among other factors.

Also Read: How Do You Help a Fragmented Forest Recover?

India has a phased plan for plants to comply with the emission norms, with some plants having until end-December 2019, while others have up to the end of 2022 to comply. A total of 440 coal-fired units that produce 166.5 gigawatts (GW) have to comply with the regulations by December 2022.

A Reuters analysis of Central Electricity Authority (CEA) data indicates 267 units, which produce 103.4 GW of power, have to be compliant between December 2019 and February 2022, which is 27 months from now.

Phased plan for plants to comply to green norms – here 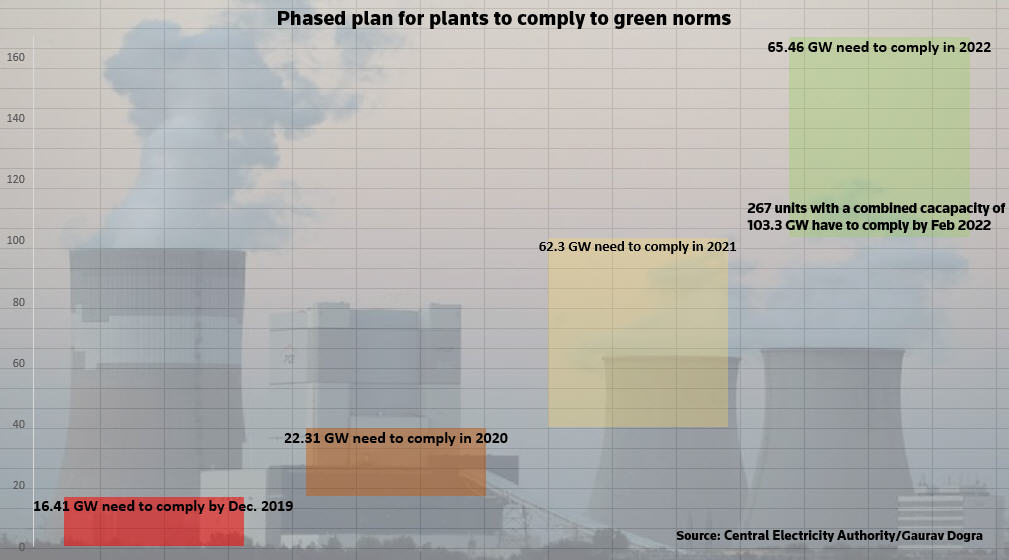 The data shows that of these, 224 units, which produce 84.8 GW of power, have not yet awarded contracts for installing FGD units, meaning that based on the industry’s own estimates of installation timelines, they are set to be non-compliant.

That means at least 51% of all coal-fired units which have the emission targets could fail to comply with the deadlines.

The Ministry of Power did not respond to a request seeking comment. Khurana did not comment beyond what is in the letter, saying the matter was sensitive and sub-judice. 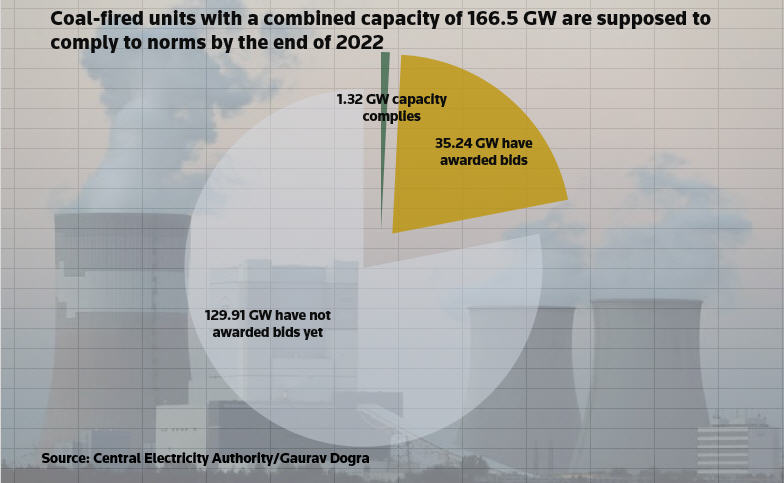 Less than 2% of the power plants for which the retrofitting rules apply were currently complying with the norms, according to end-October CEA data.

The progress around FGD installation for plants situated in and around the National Capital Region (NCR) of New Delhi – one of the areas worst affected by the toxic haze that has shrouded much of north India in recent weeks – is also alarming. 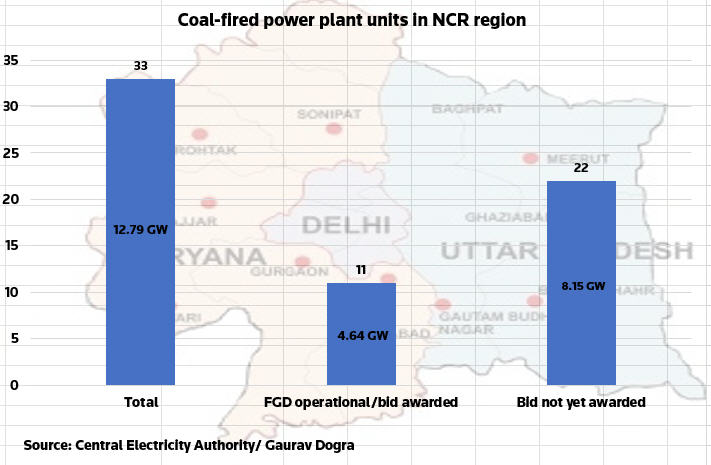 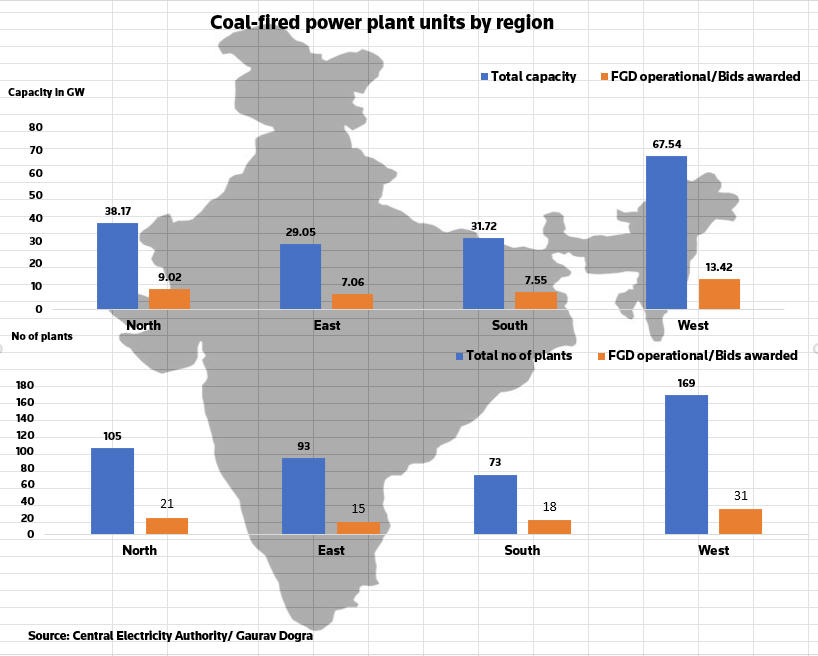 The 33 coal-fired units around NCR, which produce some 12.79 GW of power, all have to be compliant with the emission norms by next month, but only two have installed FGD units so far.

The data analysed however, shows that 22 units have not even awarded FGD installation contracts, while contracts for nine others were only awarded in 2018.

This means 94% of the coal-fired units in the NCR area are poised to fail to comply with next month’s deadline, at a time when New Delhi has declared a public health emergency with its Air Quality Index (AQI) at hazardous levels.

While computing its air quality index (AQI), India’s federal pollution control board takes into consideration sulfur dioxide and PM 2.5 – particles which are formed in the atmosphere by reactions with chemicals like sulfur dioxide.

APP, which counts dozens of private players including Adani Power and Reliance Power, estimates it will cost private companies roughly $38 billion to comply with the norms and install FGD units to tackle sulfur dioxide emissions.

It contends that debt-laden power producers, which are still owed over $11 billion in dues by government-owned distribution companies, cannot afford to invest such vast sums at this time.