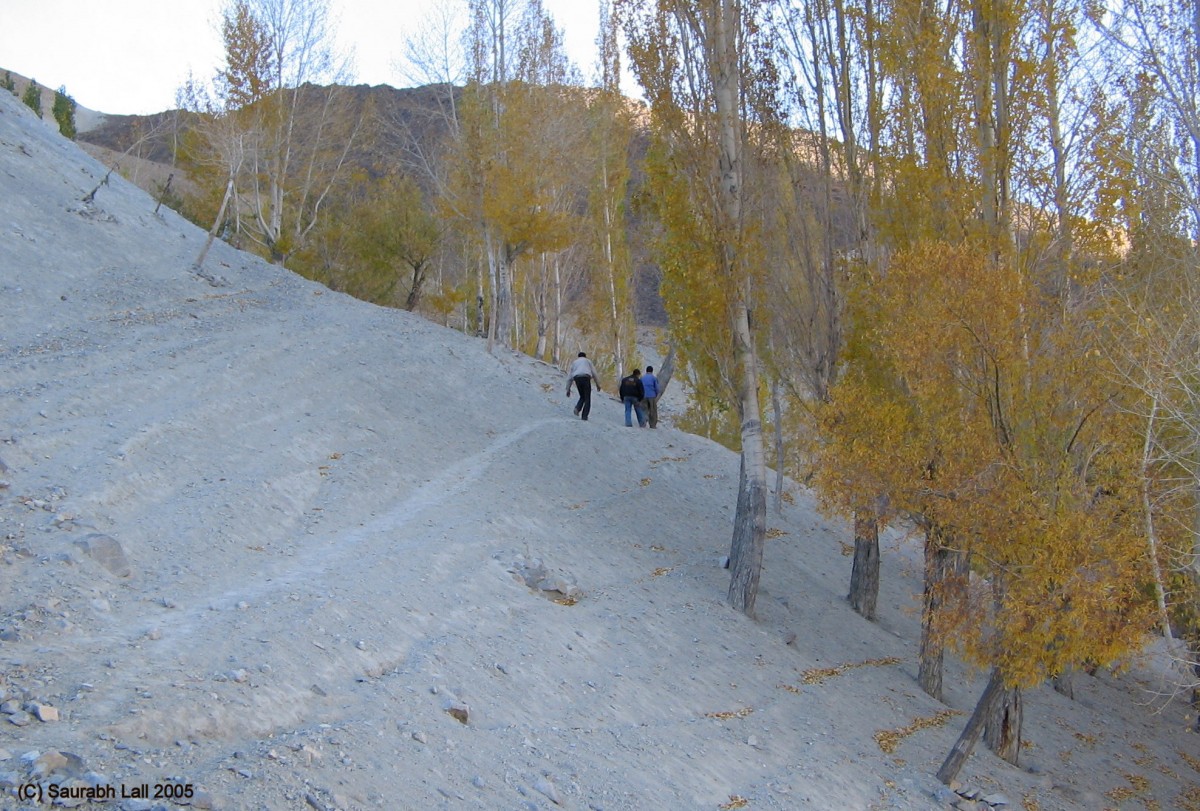 Srinagar: In 2015, the Jammu and Kashmir government quietly approved two proposals to chop down thousands of trees in the state. For months, towering pines from Jammu to Kashmir were axed to pave the way for transmission lines, needed to import more power to the power-deficit Valley.

Official documents that The Wire has seen show more than 60,000 forest trees were chopped. But the whole enterprise was kept a secret, so much so that the loss wasn’t discovered until earlier this year. And by then the damage had already been done.

Conflict in the Kashmir Valley severely impacted its forests as much as did its people. As focus remained on managing the violence, the timber-smuggling industry thrived with the help of bureaucrats, ministers, their relatives and smugglers. Large patches of green simply disappeared from the landscape.

The Samba-Amargarh power corridor has only added to this devastation. It was approved in the “absence of a detailed survey” to minimise delays.

It was commissioned by the state’s power department and set up by Sterlite Power. Valued at Rs 3,000 crore, the project involved building and setting up 1,115 pylons and 1,200 towers inside forests to lay a 414-km line via Mughal road, between Shopian and Poonch. It was completed and switched on this August.

For this, the department required 372 hectares of forest land. A forest advisory committee headed by Mohammad Iqbal Khanday, the then chief secretary, okayed felling 40,035 trees, poles and saplings in eight districts on July 8, 2015. (They were Kathua, Jammu, Reasi, Rajouri, Poonch, Shopian, Pulwama and Budgam.)

The final go-ahead came from the cabinet less than a month later, on August 19, according to an order in possession of The Wire.

Work then began on setting up 440-kV power line through the Pir Panjal mountain range, cutting through the heart of conifer forests. An estimated 35,322 bushes were destroyed.

“Initially we resisted felling of trees,” a junior official in Shopian said on condition of anonymity. “But then the company came up with government orders. We could do nothing but watch the vandalisation.” Shopian division is known for its dense deodar forests.

A forester echoed this helplessness. “There was nothing in our hands. The orders came from top and we watched lush green patches turn into barren fields,” he said.

Around the time the Mughal road corridor was approved, work began on another project hundreds of kilometers away: the 220-kV Alastang-Leh transmission line, by the Power Grid Corporation of India (PGCI), Ltd.

It was 320 km long and was scheduled to be completed early next year. It will connect Ladakh to the northern grid and so improve the availability of power across the desert, especially in security establishments in Leh and Kargil.

The state government handed around 150 hectares of forest land over to the PGCI. This included large pockets of the Sindh forest division, which runs through picturesque Sonamarg. In the end, over 14,600 conifers, most of them in the Daruder forest belt, were cut down.

“We have not witnessed such large-scale vandalisation of forests even when timber smuggling was at its peak,” Muhammad Subhan, an activist from Kangan, said. He was part of a local group that tried to stop the tree-felling but failed.

Both projects spotlight a common issue many state governments in the country – and the Centre – fail to acknowledge. India’s energy demand only continues to grow, and power lines are important to electrify remote parts of the mainland. This is not the problem. The problem is that governments remain blind and deaf to the consequences of these projects.

“You cannot completely do away with environmental costs but you can certainly minimise them,” Shakil A. Romshoo, head of the department of Earth sciences at Kashmir University, said. “The alignment of these corridors could have been reworked to reduce the damage.”

However, according to him, the environmental impact assessment reports for most projects in Kashmir are “shoddy” documents drawn up to fulfil procedural requirements rather than protect the environment. It’s doubtful whether public hearings, mandatory under the J&K Environmental Protection Act, were ever held.

Raja Muzaffar Bhat, an activist who has petitioned the state Human Rights Commission (SHRC) against the 440-kV line, said it was laid over hundreds of hectares of orchards in the Valley. According to him, farmers were only paid “peanuts” to have their trees cut and erect the towers.

“As per our assessment, more than 30,000 fruit bearing trees are impacted,” Bhat said. As chairman of an NGO called J&K RTI Movement, he is also leading an agitation for enhanced compensation for farmers.

“Who would dare to work under these high-voltage lines? In some hilly areas, this double-circuit line is merely at 20 metres above the orchards.”

When the line was first activated in August, Mushtaq Ahmad, a farmer from Surasyar, a village close to the forest in Budgam, recalled hearing a “humming noise” that kept him and his village up all night.

For hours, Ahmad said, he and other villagers searched for its source. When they realised it was coming from the power line, he said they felt they had committed a “blunder” in allowing it to be laid through their village. Some of them report experiencing shocks where working in moist fields.

Also read: Kashmir’s Hirpora Wildlife Sanctuary Is a Paradise on the Brink

RTI Movement has pleaded with the SHRC to dispatch a team of doctors from the Government Medical College and the Sher-i-Kashmir Institute of Medical Sciences (both in Srinagar) to help them.

Three senior officials from the state forest department acknowledged to The Wire that better planning and detailed surveys could have reduced the damage. One of them admitted that such measures were taken only in a part of the Pir Panjal range.

“A pine tree has a lifespan of more than a hundred years. Is its worth only a few thousand rupees?” Bhat asked.

His suspicion was fuelled after forest officials in Chadoora, a town in Budgam, registered a police complaint alleging pines in the area had been cut irrespective of whether they stood under a transmission line.

Farooq Geelani, the chief conservator of forests, only said that the projects had received the requisite permissions from the state government to proceed. He also said that the forest department would reassess the number of trees felled.

Mudasir Ahmad is a Srinagar-based reporter.

Note: This article originally stated that B.V.R. Subrahmanyam was the chief secretary of Jammu and Kashmir in 2015. It was actually Mohammad Iqbal Khanday. The mistake was corrected at 9:32 pm on December 25, 2018.

Kashmir’s Farmers Suffer Both Floods and Drought as Glaciers Melt