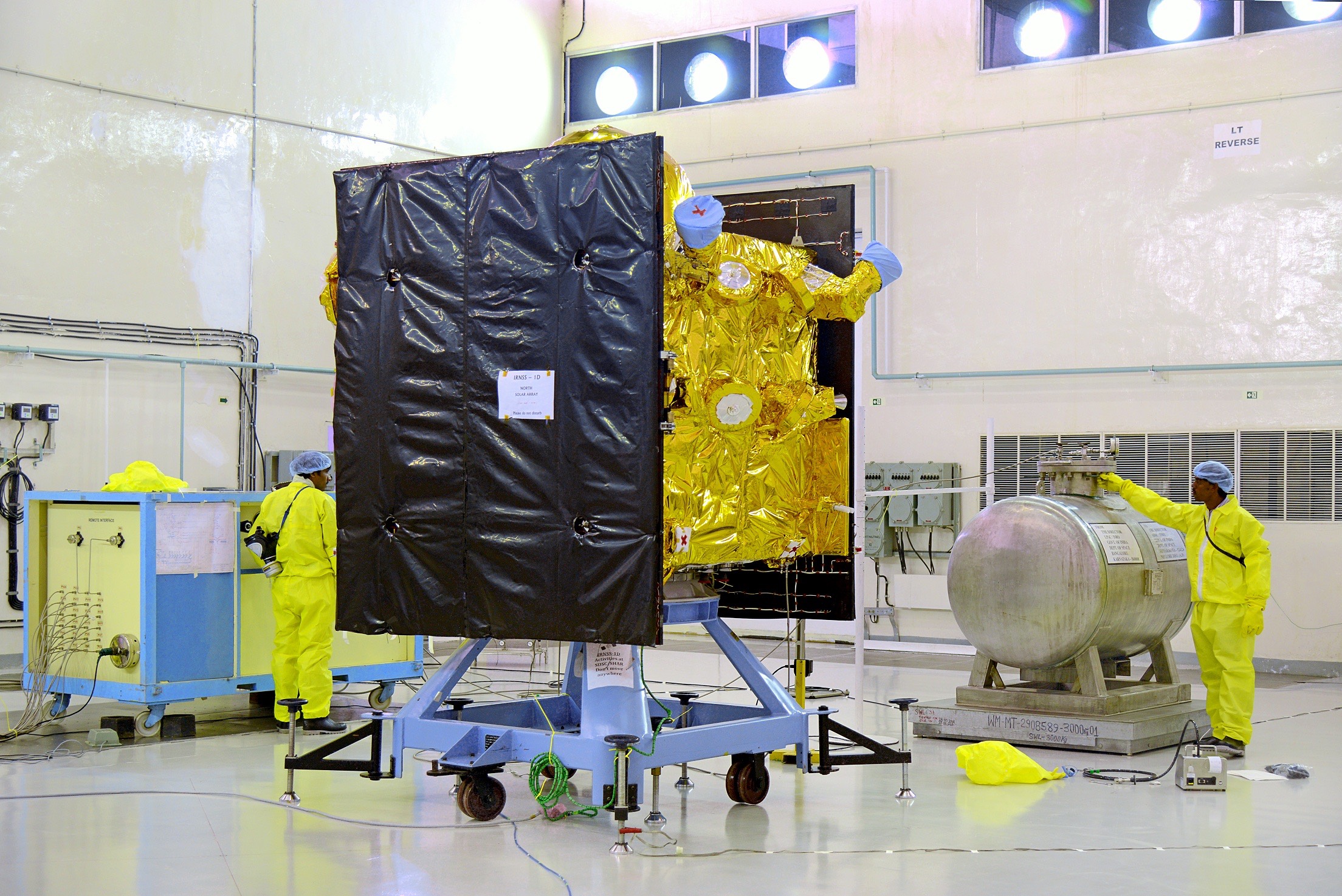 Bengaluru: Navigation with Indian Constellation, or NAVIC, is a project of the Indian Space Research Organisation that envisages the installation and use of a regional GPS system for navigation and tracking. The project as proposed had been approved by the Government of India in May 2006 at a cost of Rs 1,420 crore. It was expected to be ready by December 2011. However, as of February 2018, NAVIC continues to be in development.

Following an audit conducted by the Comptroller and Auditor General (CAG), it has been found that the project is riddled with major deadline and cost overruns, lack of performance evaluation and what the CAG report calls “sheer administrative laxity”.

NAVIC consists of three segments. The space segment comprises seven satellites placed in geostationary (GEO) and geosynchronous orbits (GSO). The ground segments involves satellite tracking and communications stations as well as maintenance activities. The user segment is centred on receivers that can receive location data from the satellites.

The space segment was completed by April 2016. However, in early 2017, three atomic clocks onboard the satellites were reported to have failed, including a primary clock on the satellite designated 1A. ISRO launched a replacement satellite, 1H, in August 2017, but the mission couldn’t be completed because the launch vehicle couldn’t release the satellite at the requisite orbit. A second replacement attempt has been scheduled for April this year.

The CAG noted in its report that as of March 2017, ISRO had spent over Rs 2,400 crores on NAVIC. This includes an expenditure of Rs 1,283.93 crore against the sanctioned Rs 1,420 crore, and an additional Rs 1,162.21 crore for launching the seven satellites and maintaining the ground segment.

Further, the audit noted a delay of two to nine years in executing contracts awarded for various NAVIC components. The report said, “The delays were attributed to sites not being ready, revisions in the technical specifications, non-compliance with contract specifications by the contractor, administrative reasons, delays in shipment and delays in completion of civil works.”

It goes on to acknowledge that some of the delays may not have been in ISRO’s control to fix, but notes that “a substantial part of the delays were attributable to inadequate follow-up, lack of coordination with Government and other agencies as well as sheer administrative laxity”.

As a result, at the projected time of mission completion in December 2011, 36 of 45 contracts remained unfulfilled. As of May 2017, seven continue to be pending.

Apart from mission readiness and strategic goals, the delays have a significant cost cascade. This is because each navigational satellite has a lifespan of up to 12 years. With the contract delays portending an overall operationalisation delay of up to four years, the satellites are left with an effective lifespan of eight years. Further, ground stations set up to service NAVIC also lie dormant, adding to maintenance costs.

According to the CAG’s report, ISRO had procured eight SATRE modems between July 2007 and February 2008 at Rs 3.57 crore. Then, in August 2016, the Space Applications Centre in Ahmedabad realised that some of the SATRE modems couldn’t be used with the NAVIC satellites that were in GSO, and so procured eight CORTEX modems for Rs 2.98 crore.

The report then notes, “The fact that four of the NAVIC satellites were in GSO must have been known to the Need Aspect Committee and this should have been taken into account while procuring the modems,” thus labelling the purchase of the SATRE modems “unnecessary”.

In another instance, ISRO got the Union cabinet’s okay in April 2006 to spend Rs 200 crore developing user receivers for NAVIC, as part of the user segment. In August 2009, an internal board figured the devices would have to be sent to the International Telecommunications Union for ratification. Between September 2012 and February 2017, it spent Rs 24.04 crore to purchase a bunch of user receivers and three global navigation satellite system simulators.

However, in September 2016, ISRO reportedly said that it couldn’t develop the user segment and that that was the responsibility of “the user”. The government opposed this because ISRO’s original sanction from the government of Rs 1,420 crore had included developing the NAVIC user segment as well. The organisation eventually kicked off this part of the project in March 2017.

Paralleling these findings, a Parliamentary Standing Committee (PSC) report filed in January this year also found that ISRO had been underspending its allocated funds while not having made any progress with a domestic satellite navigation policy.

Commercial space undertakings in India aren’t bound by a sector-specific law at the moment. Instead, industry players abide by prescriptions of the departments of space and telecom, ISRO/Antrix officials and two sets of rules:

A space activities bill was drawn up late last year but it doesn’t include space-based navigation. The PSC report says, “The Committee … is surprised that the Department [of Space] has not mentioned anything about the progress made in the formulation of Indian Satellite Navigation Policy as envisioned by the Department during the 12th Plan period. The Committee, therefore, recommends that the Department should furnish a current status note in this connection at the earliest for the consideration of the Committee.”

When the department said it would bring up the proposed legislation up for discussion by late 2017, the PSC wasn’t pleased: “The Committee finds the reply of the Department intangible as the Department appears to have been failed (sic) in completing the primary work i.e. consultation process with the relevant stake holders during the last five years.”

Moreover, it was found that ISRO had spent 74.6% of funds allocated for a ‘National Navigation Policy’ for the year up to January 2017 – and then spent another 17% within the next two months. This still left 9% unspent. A similar, though worse, story was true of funds allocation for “international cooperation”. Of the Rs 2 crore given, the Department of Space had spent zero. Three months later, following expenses towards programmes of the Centre for Space Science and Technology Education in Asia and the Pacific, they had a bill for Rs 1.92 crore.