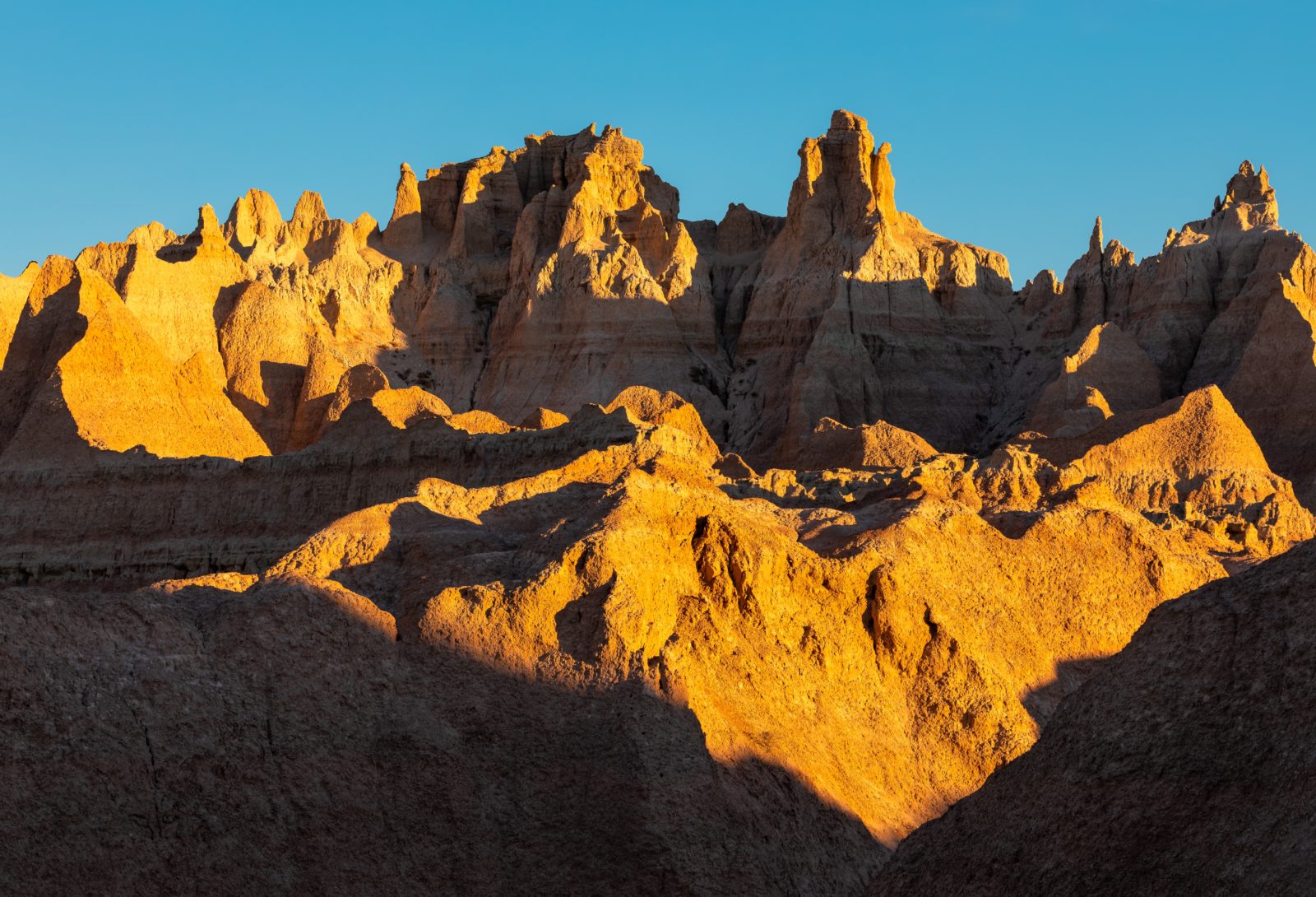 The opening scenes of Stanley Kubrick’s film 2001: A Space Odyssey depict two million years of human history in a few telling frames. We are shown a group of hominids in a prehistoric African veldt dancing around a monolith – of supposedly alien origin. At one point, an instant spark of intelligence seems to arise in one of the apes, as if the creature has absorbed a signal from the rectangular block. He is named Moonwalker, and he soon uses stones to build tools and outcompete his rivals. This primordial toolkit was the beginning of all other inventions that helped humans to ultimately lord over nature.

The film suddenly jump-cuts to 2001, when the descendants of Moonwalker’s tribe – modern humans – have beaten the odds, ultimately taking after the aliens themselves to travel through space and beyond, and are now capable of erecting their own monoliths on other planets.

A blink of time ago, we were befuddled bipedal ogres on a savannah fighting against frightening odds to eke out a living, by hunting or foraging. The pace of transformation from victims to victors picked up just around 11,700 years ago, at the end of a great ice age. With mind-boggling speed, humans invented agriculture, language and science, and the forces at their command took them around the world. We have scaled the mountains, plumbed oceans and populated almost 75% of Earth’s land.

We have dammed rivers, rerouted their courses and redistributed plants and animals. To quote the writer Diane Ackerman, “under a worship of stars, we trimmed fires and strung lanterns all across the darkness. We framed Oz-like cities, voyaged off our home planet, and golfed on the moon.”

Homo sapiens – the species to which we all belong – and their domesticated animals together constitute some 90% of Earth’s mammal biomass. And this species has changed the face of Earth, and continues to do so in an ongoing process and indefinite process. Human activities are also catalysing the extinction of various species at the fastest rate in planetary history, and after in fact exemplified by the onset of health threats, including the COVID-19 pandemic.

How might the aliens who left the monolith in Kubrick’s epic film – adapted from Arthur C. Clark’s poetic imagination – react to this human spectacle? Would they smile to themselves at their success? Or would they be horrified by the sight of humans’ self-defeating conquests and curse themselves?

Since the beginning of the industrial revolution in the 18th century, humans have become unbelievably savvy at manipulating the environment. Some of the more notable innovations pertaining to this period include mechanised agriculture, earth-moving, fishing methods, irrigation, groundwater extraction, dams and industrial production of nitrogen-rich fertilisers.

The industrial era was also marked by the extraction of fossil fuels to use as energy sources. Their combustion added more chlorofluorocarbons, which are greenhouse gases, in the atmosphere. The atmospheric concentration of two major greenhouse gases – carbon dioxide and methane – have been rising exponentially since 1850.

In fact, from around the same time, humans have released trillions of tonnes of fossil carbon – orders of magnitude greater than natural long-term sources – placing the planet at risk of a runaway global warming phase. The Swedish chemist Svante Arrhenius discovered this prospect in 1896. Today, we know that the world’s average surface temperature is expected to rise by 1.1-6.4º C by 2100 – the highest since the last thermal maximum million years ago.

As a result, Earth’s lower atmosphere is becoming warmer, allowing it to hold more moisture. This in turn portends bigger storms – for every 1º C increase, the air can hold about 7% more water vapour – and disrupted weather events. Indeed, consistent with theoretical expectations, those events more related to temperature, such as heatwaves, hurricanes and cyclones, have been becoming more common, and more intense.

Asian and African countries – marked by their population densities and asymmetric growth – have been the worst hit, and are expected to be affected more so by the turn of the century. At the same time, droughts have also become more frequent in some areas, thanks to an overall decline in mean rainfall, faster air pollution and land-use change.

Observers have also noted a remarkable increase in the frequency of hot days in the last four decades over 60% of India. This juxtaposition – of greater frequency of extreme rainfall events and overall decrease in mean rainfall – suggests alternating spells of flood and drought are going to be a fixture of the Indian subcontinent’s future calendar.

Exploitation and pollution has affected the water above the ground and below. At the same time, the world’s water demand is projected to increase 55% by mid-century, driven by the growth of cities in developing countries.

A prime example of water shortage that in turn leads to a farming crisis – ask any farmer agitating in Delhi – is India’s Gangetic plain. This region is home to more than 600 million people. Between 2002 and 2008, aquifers here dropped by 4 cm per year. More than half the water here is undrinkable, and even unusable for irrigation due to elevated concentrations of salt and arsenic.

The rapid withdrawal of groundwater has also caused the land to sink to lower levels – exemplified by the case of Jakarta, the capital of Indonesia. This in turn exacerbates the impact of rising sea levels, and inflates the risk of flooding.

The ice is disappearing everywhere on Earth – from the slopes of Kilimanjaro to both poles. A warming Earth has rapidly melted glaciers in the Himalaya and the Andes, forcing their retreat. In the short-term, such melting means more water in the Himalayan rivers – but make no mistake, the rivers will eventually dry up. At that point, compounded by the already plummeting water-table, India’s northern states will gasp for water.

Since 2015, the World Economic Forum’s ‘Annual Global Risk Report’ has consistently ranked the water crisis as humankind’s greatest potential threat. But faster urbanisation and pro-urban migration only means Asia’s and Africa’s cities will continue to be water-guzzlers in the coming decades.

When ice melts, more water flows into seas and oceans, raising the sea-level. Thanks to satellites equipped with radar instruments, we know that sea levels have risen 4.8 mm in the last ten years, at a rate higher than in the previous two decades.

In its 2001 report, the Intergovernmental Panel on Climate Change predicted the sea-level would rise 10-89 cm by 2100, resulting in coastal flooding in many low-lying countries. And according to a statement issued by the World Meteorological Organisation on March 10 this year, the sea is expected to rise by 85-140 cm in the Ganga-Brahmaputra-Meghna delta.

If, rather when, this change comes to be, the water’s temperature and salinity will also be different – in turn affecting the global circulation of water and precipitating short- as well as long-term climatic changes and negatively impacting the oceans’ ability to absorb carbon dioxide.

We are witness to a paradigm shift in human history that’s playing out at breakneck speed. Seen another way, human activities have tossed humans themselves into uncharted waters – a new stage in Earth’s history in which humans are the dominant forces acting on the natural environment, more powerful than any geological agent.

Human activities have dramatically increased the erosion and denudation of continents. We have altered the natural chemistry of ocean and river waters by abusing nitrogenous fertilisers and disposing them improperly. In such a time, further engendered as we are by a pandemic, the connections between human-induced destruction of the natural landscape, habitats and ecosystems and the creation of new pathogens are only getting more stark.

Thus far, Earth’s surface temperature has risen by 1º C (since the pre-industrial era), and the odds of limiting this increase to 2º C remain slim. While Europe has made some headway, the US under Donald Trump negated it. In 2015 and 2019, an unruly El Niño wreaked havoc on global weather patterns and fed devastating floods, droughts, tornadoes and extraordinary temperature flip-flops.

In his 2016 book The Great Derangement, Amitav Ghosh argues that Laudato Si’ rather than the Paris Agreement is the clearer text, with its somber clarity on addressing the complex questions related to climate change. The encyclical takes issues with the Christian doctrine of ‘Man’s dominion over Nature’ as well as stands firmly against the idea of unlimited growth founded on ecological destruction and persistent social injustice. The Paris Agreement, on the other hand, Ghosh writes, only attempts to reconcile the future with the status quo.

While human ingenuity in the face of a crisis is worth celebrating, widening economic inequality – especially in Asia, Africa and South America – will nullify whatever good can come of technological solutions. It’s high time, instead, that we question the current economic model of prosperity, which serves the interests of a few, even as it is founded on ecological destruction and social injustice for the many.

It is unreasonable to maintain our faith in a human mind that upholds moral dimensions even as it radically alters the biosphere. In a virtual meeting of the Progressive International, held in September in Reykjavik, the thinker and activist Noam Chomsky expressed his belief that although the COVID-19 pandemic generated an unprecedented existential crisis for humanity, humans will finally emerge from the pandemic – but “we will not, however, recover from the melting of the polar ice caps, or the exploding rate of arctic fires that are releasing enormous amounts of greenhouse gases into the atmosphere…”.

The human experiment that Earth conjured two million years ago is under serious threat of extinction for the first time in its evolutionary history. In his 2003 book Our Final Hour, the cosmologist Martin Rees gave humankind only a 50% chance of surviving the 21st century. This is not far-fetched: our success or failure rests clearly on the choices we make today.