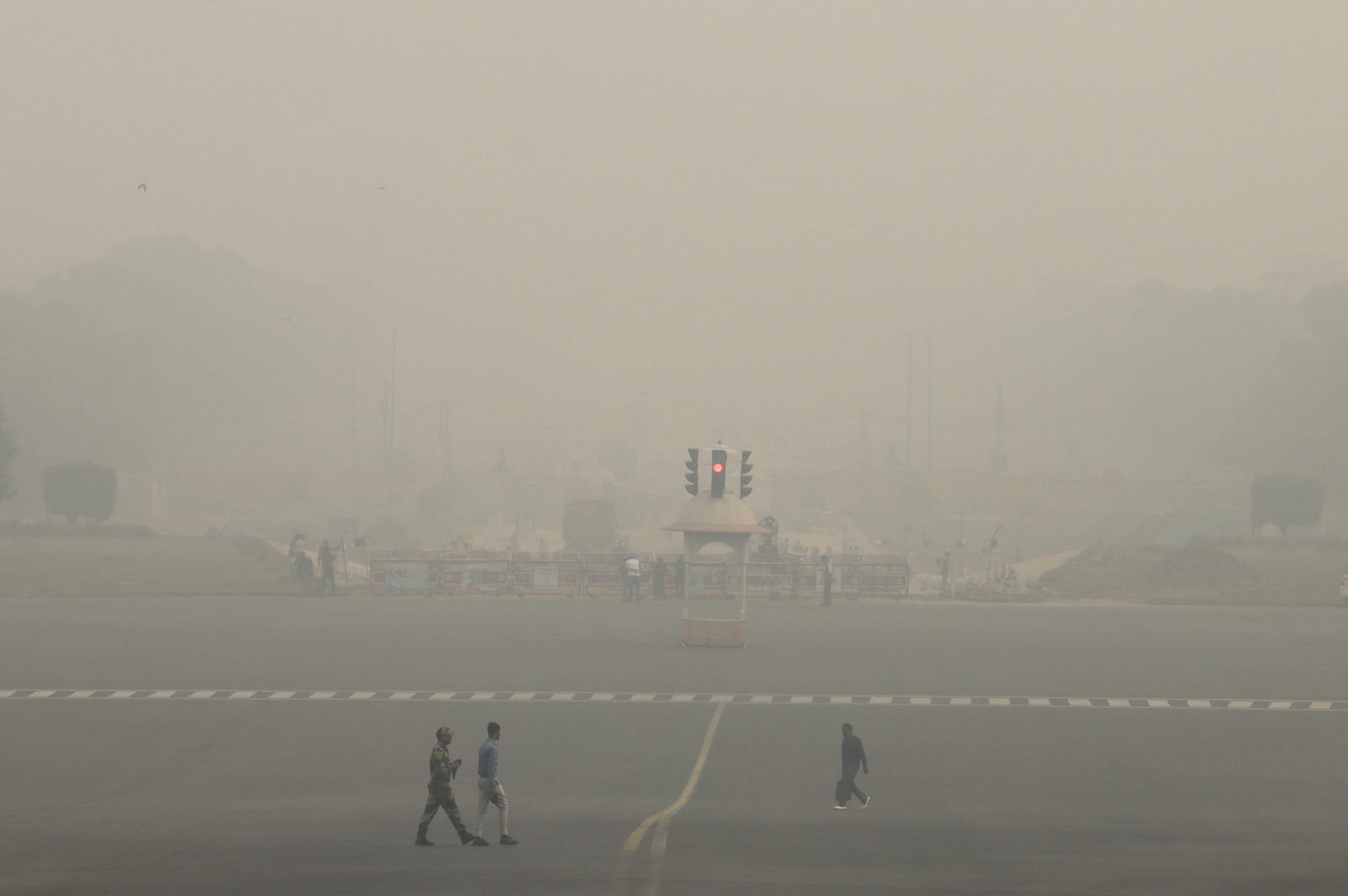 A view of Rajpath amidst smog in New Delhi, India, on November 12, 2021. Photo: Reuters/Anushree Fadnavis

Schools, colleges and educational institutions in the NCR will remain closed until further orders, allowing only online mode of education.

NCR state governments have been directed to allow work from home (WFH) for at least 50% of their staff in offices in NCR till Sunday, November 21, and encourage private establishments to follow suit.

In the last hearing of a petition on the spiralling air pollution levels in Delhi, the Supreme Court had said that it wishes to see action on the issue. “We direct the centre and states of the national capital region to impose work from home for the meantime,” Chief Justice N.V. Ramana had said.

It further noted that stubble burning contributes only 10% to air pollution in Delhi-NCR and said the “hue and cry” over the issue is “without any scientific and factual basis”.

The Supreme Court had also directed the Commission for Air Quality Management to hold a joint meeting.

The commission held a meeting on Tuesday with senior officials of Delhi and NCR states of Haryana, Uttar Pradesh, Punjab and Rajasthan.

“In the meeting, Delhi government officials suggested implementing work from home policy in Delhi-NCR, ban on construction work and ban on industries so that pollution levels can be controlled. The other states have also put forth their views and we are waiting for an official notification from the commission,” Delhi environment minister Gopal Rai said in a briefing after the meeting.

Delhi’s air quality was in the ‘very poor’ category for the third consecutive day on Tuesday, with the Air Quality Index (AQI) recorded at 396.

The CAQM has said that only five of the 11 thermal power plants located within 300-kilometre radius of Delhi will remain open until November 30. These are  the NTPC at Jhajjar, the Mahatma Gandhi TPS at CLP Jhajjar, the Panipat TPS of HPGCL, the Nabha Power Ltd. TPS at Rajpura and the Talwandi Sabo TPS at Mansa. The Union power ministry, according to Indian Express, has said that the load requirements arising out of this closure will be managed by power plants beyond the 300-kilometre radius.

The commission has also directed Delhi and the NCR states to stop construction and demolition activities in the region till November 21, barring railway services and railway stations, metro rail corporation services – including stations, airports and inter-state bus terminals (ISBTS) – along with national security and defence-related activities and projects of national importance. Even these must be subject to strict compliance of the C&D Waste Management Rules and dust control norms, the CAQM said.

“All industries in NCR still using unapproved fuels shall be closed by respective governments with immediate effect… NCR states and Government of NCT of Delhi shall enforce a strict ban on use of diesel generator sets, except for emergency services,” the panel said.

Authorities in NCR have been ordered to ensure that no diesel and petrol vehicles older than 10 years and 15 years, respectively, are found plying on road.

In addition, anti-smog guns, water sprinklers and dust suppressants were ordered to be deployed thrice a day in selected ‘hotspots.’

The Delhi government has been directed to expeditiously procure and put on road adequate number of CNG buses at the earliest.

Chief Secretaries of Delhi and NCR states have been further directed to monitor the implementation of the directions on a regular basis and file a compliance report before the commission on Monday.

The Delhi government had already ordered the closure of physical classes in schools, colleges and other educational institutions for a week from Monday.

All government offices, agencies and autonomous bodies, except those involved in essential services, have been asked to function from home.