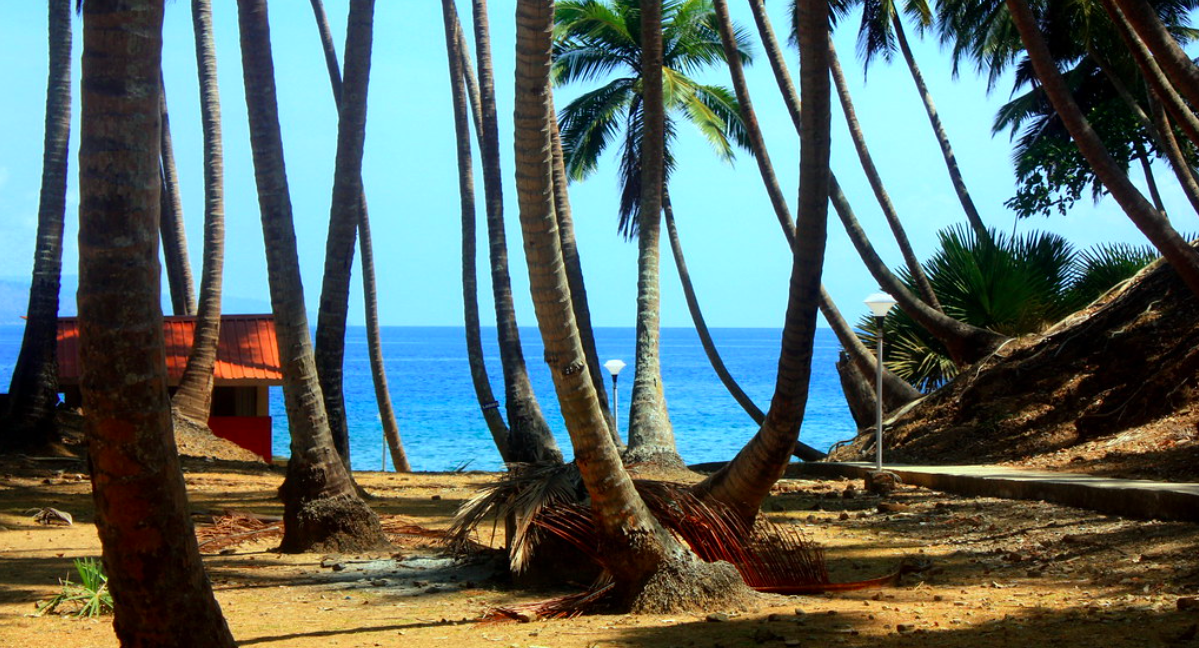 A view of the Bay of Bengal from the Andamans. Photo: Deepak Sharma/Flickr (CC BY-NC-ND 2.0)

He also urged Joshi to declare a holiday on March 19 and 21 in all schools and colleges. March 20 is Sunday, also a holiday.

Asani is expected to bring heavy rains to Andaman and Nicobar Islands beginning Friday, but will spare the eastern coastline.

The India Meteorological Department (IMD) forecast has it that the low-pressure area over the Bay of Bengal will become well-marked by March 20 morning and turn into a cyclonic storm on March 21.

In its first Pre-genesis Track and Intensity Forecast, the India Meteorological Department (IMD) said the low pressure area, which was formed over southeast Bay of Bengal on Tuesday, will move east-northeastwards till March 19 morning and then move northwards along and off Andaman and Nicobar Islands till March 20.

It will move along and off the Andaman and Nicobar Islands and reach the Bangladesh-north Myanmar coasts on March 22, the weatherman said.

The IMD advised fishermen to not venture into the Bay of Bengal and the Andaman Sea during this period.

The low pressure area is likely to intensify into a well-marked low by Saturday and further intensify into a depression by Sunday with squally winds – gusting 55-65 kmph to 75 kmph – over Andaman and Nicobar Islands.

The weather system is expected to turn into a cyclonic storm on Monday, IMD director General Mrutyunjay Mohapatra said.

Once the system intensifies into a cyclone, it will be named Asani, a name suggested by Sri Lanka, IMD said.

Citing the IMD warning, the Andaman MP, in a letter to the Lieutenant Governor, suggested that all tourism activities in the archipelago also be suspended from March 19-22 as a precautionary measure.

“If formed, the cyclonic storm will cause serious damage to the Union territory. Hence, the disaster management machinery be put on high alert and a sufficient number of officials deployed in remote islands to manage the situation effectively,” he said.

Rai also requested Joshi to ensure the effective dissemination of information about weather conditions to the people.

If the forecast materialises, Tropical #CycloneAsani will become the first ever tropical cyclone to hit Andaman and Nicobar Islands in March. Not a single tropical cyclone has hit the region in March in at least 132 years. pic.twitter.com/p0e6Z1RWWh

The cyclone is expected to cause localised flooding of roads, inundation and water logging in low lying areas in Andaman and Nicobar Islands.

Mohapatra said only eight cyclones – two in the Arabian Sea and six in the Bay of Bengal – have developed in the month of March between 1891 and 2022.

Of the eight weather systems, six dissipated over sea, one crossed the Tamil Nadu coast as a cyclonic storm in 1926 and another in Sri Lanka in 1907.

How Can You Make a Westward-Flowing River Flow East?