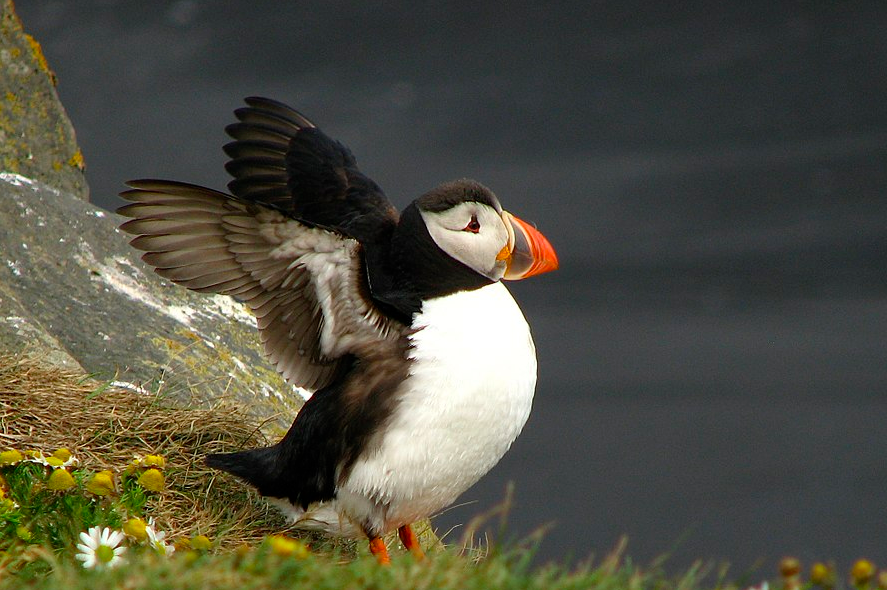 The Hyperloop Has Taken a Detour, and Is Now Borrowing Ideas From the Past

In late October 2016, the residents of St. Paul Island in the Bering Sea, near Alaska, noticed an unusual number of starving or dead puffins washing ashore. In a new study, researchers report that their food shortage crisis could have been precipitated by climate change.

“This event is a an indicator or a harbinger of broad ecosystem changes in the Bering Sea that may displace various species no longer able to find, for instance, enough food to survive,” Julia Parrish, a professor at the University of Washington, Seattle, and a coauthor of the study, told The Wire.

Over the last few years, such die-offs, or mass mortality events, seem to be recurring. Earlier this year, thousands of guillemots washed up on beaches in The Netherlands. The summer of 2018 witnessed hundreds of alcids washing up on the coastlines of Alaska, and hundreds of fulmars and other seabirds in 2017 and tens of thousands of common murres  in 2016. In the same year, dead auklets surfaced on the beaches of British Columbia. And just last month, a number of common murres were beach cast in California.

Also read: Why Some Himalayan Birds Are Now Climbing Higher to Nest

The new paper analysed a die-off that occurred between October 2016 and January 2017. “So as an individual event it’s cause for concern,” Melanie Smith, the program director within the Migratory Bird Initiative at National Audubon Society, told The Wire. “The even greater concern is that it is an event that’s part of a long series of events now that we’ve seen over the last several years.”

Parrish’s group at the University of Washington runs a citizen science initiative called Coastal Observation and Seabird Survey Team (COASST) that recruits individuals from the west coast of the United States. On St. Paul Island, the Aleut Community of the island’s Ecosystem Conservation Office works with COASST to conduct, among other duties, monthly surveys of beach cast seabirds. Despite the lack of drone data or other aerial surveillance (precluded by winter winds), Parrish’s group was able to gather data with the help of these islanders.

“This is an important article because it documents changes that we’ve been seeing,” Douglas Causey, a professor at the University of Alaska Anchorage, whose own research in the upper Arctic near Greenland has revealed effects of a changing climate, told The Wire. “But there’s enough detail to actually say we have. It’s not just like, ‘Oh my gosh, there’s something bad happening.'”

More than 350 seabirds, mostly puffins, had washed up through those brutal fall and winter months. Given that the birds must have died at sea, with only a proportion of them floating to shore, Parrish’s group created computer models to find the true count of dead seabirds.

For their model, they had three criteria: the encounter rate, the deposition rate and the mortality rate. The encounter rate was the number of beach cast birds likely to be found within a stretch of the beach in a specific month of the year. The deposition rate took into account the chance that you might overlook a carcass, it might never have washed up or it might have washed back out to sea. Using back-calculation, the mortality rate was established as the total number of birds that might have died for a subset to have floated ashore.

In addition to their models, the researchers had two other sources of data. First, with data from the Aleut community, Parrish’s group knew when the seabirds had reached St. Paul’s beaches, which lie on its north and southeast sides. Moreover, given the long history of the COASST program, the lab had more than a decade’s worth of baseline surveys for comparison. Additionally, the team used wind force data for the region. They could input dead carcasses, which take between four and fourteen days to sink, into their model and see how the floating carcasses moved under the wind’s influence.

Second: the team knew that St. George Island, which lies not too far from St. Paul, had no records of beach cast seabirds. The researchers used this knowledge to see how far from St. Paul the birds could have floated and reached its beaches without ever ending up on St. George’s beaches. This helped them identify a boundary for the floating carcasses.

Parrish’s team compared their computer models with these two sets of data to see if their predictions matched reality. With the models, the team was able to determine that for more than 350 birds to have floated to shore, anywhere between 3,150 and 8,800 seabirds may have died.

“Mass mortality of breeding adults isn’t something their [seabirds’] populations can easily cope with and can cause populations to rapidly crash, sometimes irreversibly – and for this reason, should be taken very seriously,” David Iles, who studies the effect of climate on seabirds at the Woods Hole Oceanographic Institution, wrote in an email to The Wire.

A closer look at the carcasses revealed the cause of death might have been starvation. “All of the carcasses that they examined were severely emaciated – that is no fat at all, very, very thin musculature, no food in the stomach, in fact, some amount of blood,” said Parrish. “All of those signs indicate that that’s a starving animal.”

Moreover, these birds were in the process of regrowing their flight feathers, or molting, and had a reduced capacity to swim. Thus, during molting, seabirds tend to populate areas where food, meaning small fish and marine invertebrates, is guaranteed. This added stress from molting appears to have contributed to their starvation.

What’s unusual is that the puffins seemed to have delayed their departure from the Bering Sea. At that time of the year, the puffins should have been headed for the North Pacific Ocean. “Those birds were literally in the wrong place,” said Parrish.

Also read: Let’s Not Wait for a Silent Spring in the Kumaon Himalayas

As for factors besides starvation, toxic algae were ruled out, while winter storms may have  worsened foraging conditions for the stressed seabirds. Smith agreed other factors may be responsible, but “the one common thread,” she said, “is climate change.”

And that’s what’s so alarming about this is because it’s big, it’s gaudy, it’s hard to stop.”

Over the past two decades, atypical heat waves in the ocean appear to be altering the marine ecosystem. Based on previous reports, the researchers suggest changes in the spread of prey due to ocean warming may have led to an acute scarcity of food resources for the seabirds. “The sea birds are an indicator: if they are being affected, then the whole ecosystem is being affected,” said Causey.

Although the death of thousands of seabirds on a small island in the Bering Sea may seem far removed from those of us on this side of the world, researchers say the die-off signifies changes that could have wide-ranging effects. This mass mortality event is but one in a series of increasingly frequent events. While smaller steps, like making sure these seabirds do well along other stages in their cycle, will help, only global action has the potential to hit the brakes on climate change, said Smith.