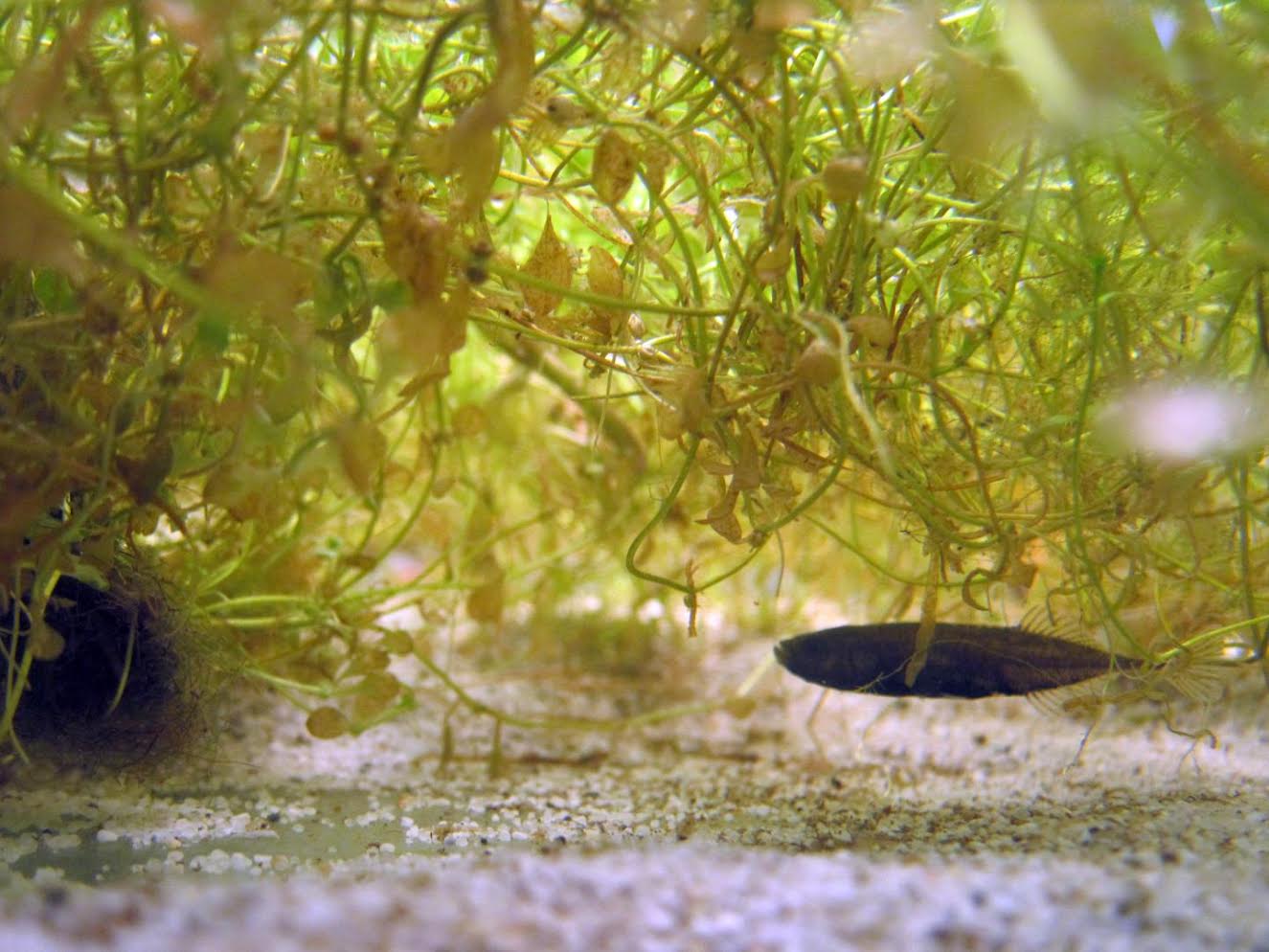 Male three-spined stickleback fish, like other sticklebacks, seem to hold their urine for the length of their two-month breeding season. And yet, the five-cm-long fish don’t seem to be in pain or suffer any symptoms of uric acid build-up. They continue fighting with other males and soliciting females without any discomfort. What would be a medical emergency in humans is just a phase that these fish go through.

Sexually mature male sticklebacks stop urinating as soon as the breeding season starts in late spring and early summer. Until then, they urinate like other creatures. The cause for this dramatic change is male sex hormones. Instead of enlarging the testes, these hormones cause the kidneys to become visibly bigger.

The primary role of kidneys is to filter blood and excrete waste as urine. If they don’t produce urine, what do this fish’s large kidneys do? From excreting organs, they are reassigned to become secreting glands.

For male sticklebacks, nests are the ticket to sex and progeny. Females assess how good a mate a male is by the nest he makes. Since three-spined sticklebacks are found in freshwater and the seas of the northern hemisphere, they make different kinds of nests. Typically, hormone-charged males construct a depression in a sandy streambed, arrange plants and filaments of algae on it, and then create a tunnel through the vegetation. The mass of plants is cemented together by strands of viscous glue-like protein called spiggin, produced by the fish’s kidneys. Spigg is Swedish for stickleback.

With such an important job to do, the kidneys forsake producing urine altogether and instead spew spider silk-like spiggin that is then stored in the urinary bladder.

In freshwater, the fish’s blood has much higher salt content than the surrounding water that doesn’t have much salt or minerals. This difference in concentration of salt causes the fish to absorb water through osmosis. The main function of the kidneys is to get rid of this surplus water. When the function of the kidneys changes entirely, the fish has to somehow void this as urine.

“If he cannot get rid of the excess water, he ought to swell up like a sponge, absorbing water and eventually explode,” says Steffen Madsen of the University of Southern Denmark. What plumbing is necessary to get around this problem?

When the kidneys switch to spiggin production, the male stickleback’s intestines also change. They take over the job of excreting fluid, but scientists didn’t know how until now. “Our research now gives a good and detailed clue to ​​how this is possible,” explains Madsen.

Madsen and his team studied intestinal cells of the three-spined stickleback in the lab and analysed several proteins involved in transporting salt and water. They discovered how the intestinal wall excretes urine. It does not seep out between intestinal cells. Instead, it is carried through specific channels called aquaporins in the intestinal membranes, and then directed to the cloaca, the fish’s excretory and reproductive orifice.

The fluid that intestines secrete is plain water. For fish living in freshwater, salt is a precious commodity that they cannot afford to waste. So the intestines do not have to process salt and minerals. “Other waste products, like ammonia, are easily excreted by the gills,” says Madsen.

Whether immature sticklebacks are male or female, their kidneys have the unique ability to enlarge because of male hormones. For nearly a decade, scientists have suggested this amazing physiological change in these fish has applications in detection of doping by athletes or testing effluent and agricultural runoff for chemicals that disrupt hormonal activity in aquatic life.

Female sticklebacks exposed to androgenic steroid-tainted liquid grow enlarged kidneys. Some pesticides and fungicides prevent male sticklebacks from producing spiggin. They could be environmental sentinels like a canary in a coal mine, alerting us when pollutants reach unacceptable levels in streams, rivers, and seas.

Spiggin production is seasonal. Once the nest is made, the male courts the female by performing a zigzagging dance. If she shows interest in him, he points his nose to entrance of his tunnel nest. After the female enters and lays her eggs, the male follows and fertilises them. Then he courts other females successively to lay their eggs in his nest, sometimes even building multi-tiered nests to accommodate them.

Once he’s done with nest building, he goes into egg guarding mode. He protects them from other fish, and aerates them with his fins, since the eggs suck up oxygen from water. When the brood hatches, he protects the babies until they can hunt worms and insects on their own. By this time, the male’s sex hormones slowly plummet. Before his kidneys can return to shape and take over the job of urinating, the male goes into the next breeding cycle. He goes through three bouts of reproduction in two months before the summer gets over, and finally his kidneys return to normal functioning.

Stickleback fish are unique in the animal world for sex hormone-induced spiggin production and excreting through their intestines.

The study was published in the journal Comparative Biochemistry and Physiology Part A: Molecular & Integrative Physiology on September 10, 2015.