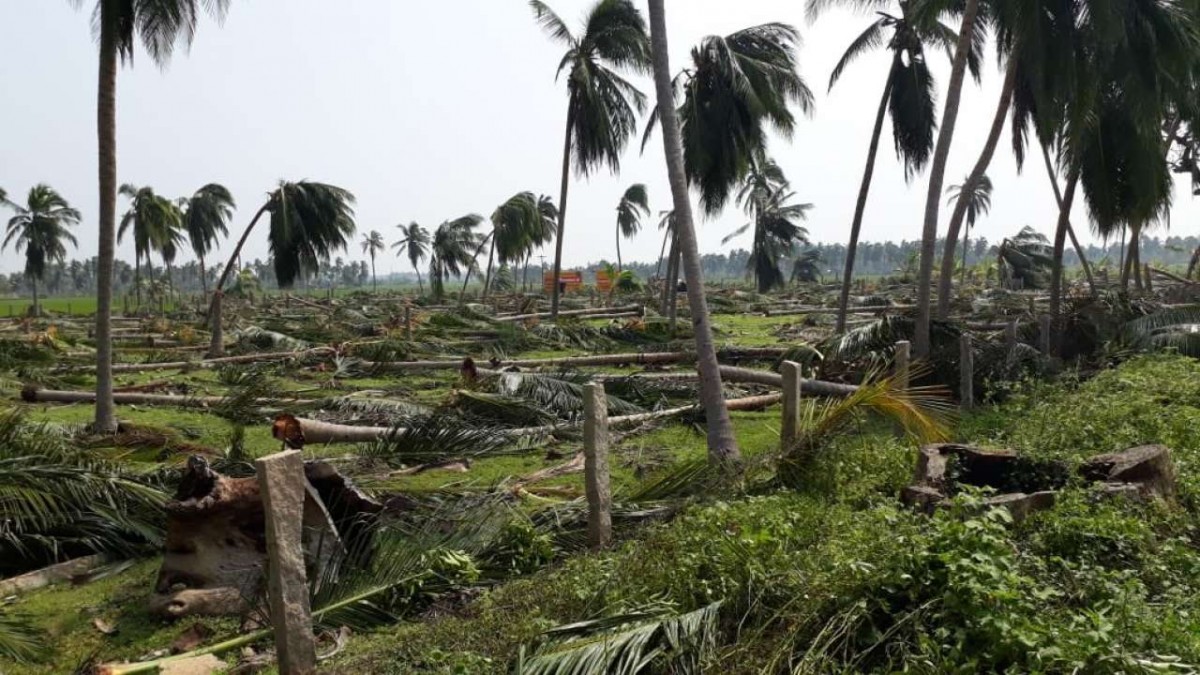 How African Researchers are Adding to Deeper Knowledge About Neutrons

More than 70,000 coconut farmers, mainly in the districts of Thanjavur, Pudukottai, Thiruvarur and Nagapattinam have been affected. The government has announced a compensation of Rs 1,512 per coconut tree.

However, farmers have argued that the compensation is too low as a coconut tree is a source of revenue over a period of years. A new coconut tree takes around ten years to grow fully and then bears fruit.

“A four- or five-year-old coconut tree will have about 5,600 live roots. If at least 50 roots are intact even after it is uprooted, we can restore the tree. But a majority of the uprooted trees were in very bad shape and couldn’t be revived,” V.C. Selvam, founder of Thiruvaiyaru Coconut Research Centre told the English daily.

Also read: Ground Report: In the Aftermath of Cyclone Gaja, the Anger

Selvam also explained that it is possible to revive trees which have been damaged only in the head. But the restoration process is expensive and can be afforded only by a few farmers.

Coconut trees in around 18,000 hectares have been damaged, according to a report in the Hindu Business line. The crop is not covered under the Centre’s flagship Pradhan Mantri Fasal Bima Yojana as it only covers seasonal crops. Coconut is a perennial crop.

Cyclone Gaja induced high-velocity winds of about 120 kilometres per hour, which caused massive damage in Tamil Nadu and parts of Puducherry. Over 60 people have died.