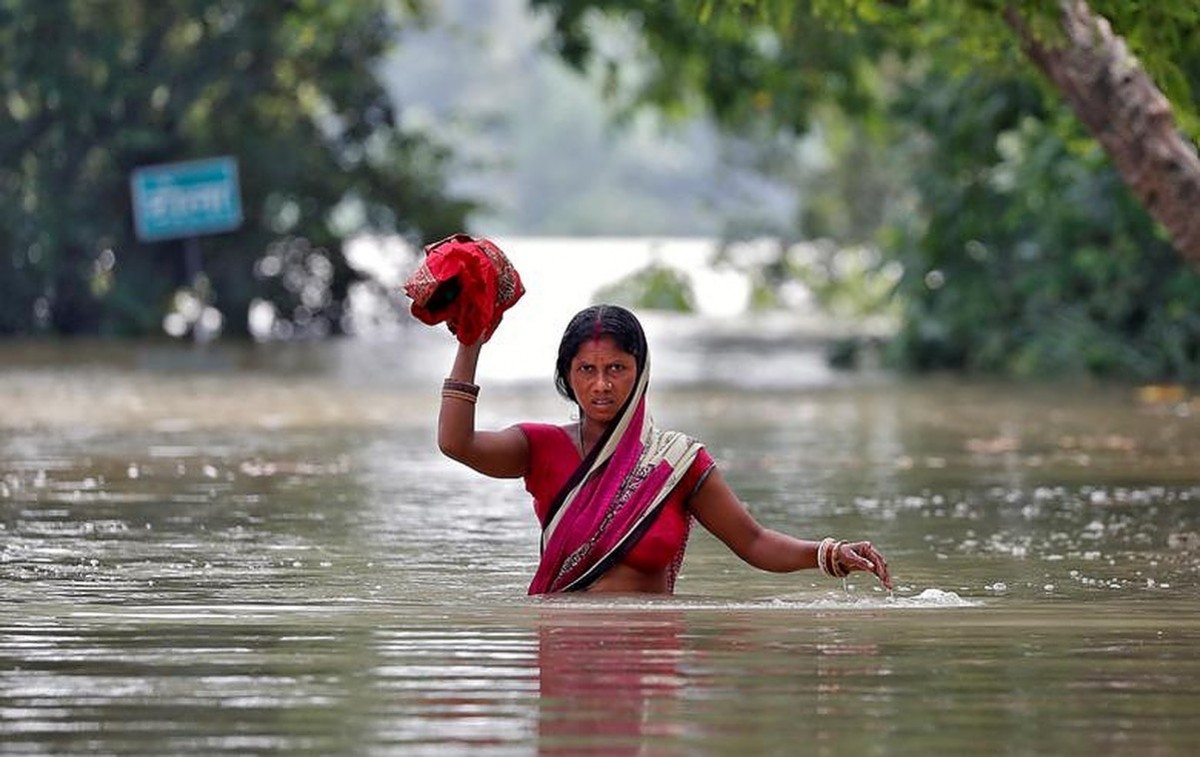 In Some Uttarakhand Villages, Not a Single Girl Was Born in Three Months

New Delhi:  The flood situation in Bihar and northeast India showed little improvement on Friday as over 1.15 crore people remained affected while the death toll due to flood and rain-related incidents neared 150.

The southwest monsoon advanced into the remaining parts of west Rajasthan, thereby covering the entire country on Friday. Most regions in northern India, except Delhi, recorded light to moderate rainfall.

The toll in Bihar floods climbed to 92, with 14 deaths reported from different marooned areas of the state in the past 24 hours.

Relief and rehabilitation measures were running in full swing with chief minister Nitish Kumar launching a drive under which over Rs 180 crore were disbursed among affected people through direct cash transfer.

According to the state disaster management department, the death toll included the 27 fatalities in Sitamarhi, the district worst affected by the flash floods which hit the state in the wake of torrential rainfall in catchment areas of Nepal last week.

Altogether 66.76 lakh people, spread over twelve districts, have been hit by the calamity, the department said.

Seven children, aged fifteen years or below, and a 26-year-old man were killed, while as many were injured, in a lightning strike in Bihar’s Nawada district on Friday afternoon.

According to the sub-divisional officer, Sadar, Nawada, Anu Kumar, the children were residents of Dhanpur Musahari village who had taken shelter under a tree while it was raining.

Bihar chief minister Nitish Kumar issued a statement, expressing grief over the tragedy and announcing an ex-gratia of Rs four lakh to the next of the kin of each deceased.

With eleven more people killed in Assam on Friday, the toll due to floods has risen to 47, while 48.87 lakh people were affected in 27 of the 33 districts of the state, an Assam State Disaster Management Authority (ASDMA) report said.

Of the eleven deaths, five were reported from Dhubri district and three each from Barpeta and Morigaon, the report added.

Moreover, a total of 1.79 lakh hectare agricultural land was inundated and around 90% of rhino habitats – the Kaziranga National Park and the Pobitora Wildlife Sanctuary – are underwater.

The mercury and humidity levels rose in the national capital in the absence of rains on Friday. The weatherman said not much rain is likely in the city in the next two to three days. However, the maximum temperature is going to remain below the 36-degree Celsius mark due to “cloudy conditions and thundery developments”.

The national capital witnessed rains over the last three days that had resulted in a drop in temperatures and pollution levels.

On Friday, the Safdarjung Observatory recorded a high of 36.4 degrees Celsius, two notches more than average, and a low of 25 degrees Celsius. Humidity levels oscillated between 53 and 93%.

Overcast skies and light rains are likely on Saturday.

According to the Central Pollution Control Board, Delhi’s air quality was recorded in the “moderate” category with an air quality index of 145.

Heavy rains lashed several parts of Kerala for the second consecutive day as the southwest monsoon intensified in the state after a period of lull.

The India Meteorological Department (IMD) stated, some places in Kozhikode and Idukki districts, where a red alert has been sounded, recorded around 14 cm rainfall in the past 24 hours. While regions in Malappuram, Thrissur, Ernakulam and Kottayam districts received rainfall of over 12 cm.

Pilgrims visiting the famous Lord Ayyappa temple in Sabarimala in Pathanamthitta district which has been opened for the five-day monthly pooja, have been facing difficulties due to incessant rain.

Also read: Floods and NRC: A Toss up Between Life and Citizenship

With the southwest monsoon intensifying, the IMD has issued orange and yellow alerts across various districts in the state. A yellow alert has been issued, for example, for Thiruvananthapuram, Kollam, Pathanamthitta, Alappuzha, Kottayam, Ernakulam, Thrissur, Palakkad and Kasargod districts.

Rajasthan received rainfall ranging from 4 to 10 cm in the past 24 hours, a Met official says. Udaipurwati recorded 10 cm rainfall, followed by 7 cm each in Bhuhana and Nawa, he said.

IMD has forecast light to moderate rainfall in parts of the desert state in the next 24 hours.

The maximum temperatures in Haryana and Punjab hovered below the normal limits on Friday.

Chandigarh, the joint capital of the two states, received light rains and recorded a maximum of 31.5 degrees Celsius, two notches below normal limits.

In Maharashtra, A 70-year-old woman died, while three more sustained injuries in a lightning strike at Alampur village in Buldhana district.

The woman was working on a farm in the village when it started raining. She and some other farm labourers took shelter in a nearby hut when the lightning struck it, police said.