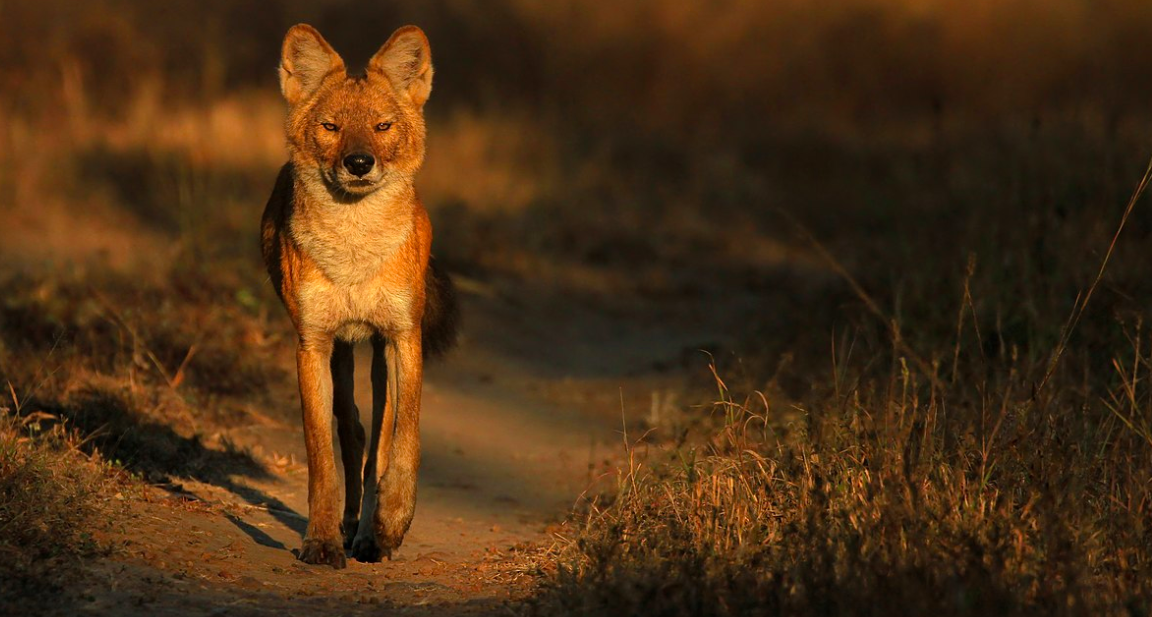 What Is the Many-Worlds Theory of Quantum Mechanics?

Wildlife officials, scientists and enthusiasts are ecstatic to have the first two dhole – or Asiatic wild dogs (Cuon alpinus) – settle down in the Vansda National Park, Gujarat. As a result, Gujarat has for the first time in 50 years become home to the dhole.

After lions, leopards and a migrant population of tigers, dhole are now the fourth type of top predators in the state.

The Vansda National Park (VNP) is spread over 24 sq. km in the Navsari district of Gujarat. Officials attribute the fortuitous turn of events to the lockdown and subsequent restricted human movement in the park’s surroundings.

Jayvirendra Sinhi, the honorary wildlife warden of VNP, said, “My father, the late Dig Virendrasinh, sighted the last dhole individual in the same park in 1970.”

Two birders, Nitin Desai and Mohammad Jat, were the first people to spot the dhole in VNP in February. “At first, we took them for jackals, but Desai, who had sighted them in Kanha National Park, soon recognised them,” Jat said.

They later shared their photos with Dinesh Rabari, the deputy conservator of forests, who confirmed the spotting.

“Since dhole are indicators of a healthy forest – as they live in dense forest with a good prey base – their preference in VNP has made us doubly proud, once for having such a magnificent top-predator and twice for affirming the good forest status with their presence,” Rabari told The Wire Science.

He said camera traps have been mounted to monitor their movements and activities. Both of them have thus far hunted deer, and generally looked comfortable in their new surroundings.

Aadil Kazi, an assistant professor of wildlife sciences at the Navsari Agricultural University, said officials and scientists had waited from February until May to ensure the dhole stayed, instead of moving on, before breaking the news.

Salvador Lyngdoh, a scientist with the Wildlife Institute of India, told The Wire Science that photographs of the duo taken from a distance suggested one of them is female. However, he recommended a closer look to be sure.

Hunters of the forest

Park authorities said they avoided going near the individuals for fear of disturbing them.

Dhole are elusive but they are also highly social amongst themselves. They make a whistling sound when they hunt, so they are also known as the ‘whistling hunters’.

According to Lyngdoh, a dhole pack has at least two and up to 40 individuals. If the two dhole are a male-female pair, they could potentially build a pack themselves.

Nawaz Dahya, a wildlife biologist who has been monitoring the dhole, said both of them have established their territories in two different parts for the time being. “One has taken to Kevdi beat and another to Kalaamba beat. But interestingly, they meet up in the evening in one of these beats.”

He said the individuals had also been seen scavenging on the remains of a dead leopard.

For now, “nothing seems to be causing them any disturbance,” Dahya said. “It will be a matter of study as to how the dhole flourish in this situation, where their territories will overlap with those of leopards, and how the limited prey base gets divided” between the predators.

Rabari said the park has hired the services of a nonprofit organisation named Nature Club Surat “to breed spotted deer in order to supplement the prey and retain carnivores within the periphery of the park.”

In the last few years, the population of humans around the forest area has been on the rise, and the prevalence of human-leopard conflicts has climbed in nearby villages. Forest officers have rescued over two dozen leopards from sugarcane fields nearby. They hide there when hunting for dogs and livestock. These leopards are then released into VNP.

However, they slip out again, likely because the forest is small and doesn’t have room and food for all of them.

Jat the birder noted that local communities had been living more or less peacefully with the forest’s residents for many years (he himself lives in a village about 85 km away).

The problems began when the predators in the park – already at risk of catching diseases from feral dogs in the area – had to contend with human activities that encroached on the forest, more so after the forest became fragmented by the 16-km Vansda-Waghai state highway and the Ahwa-Bilimora rail route.

“Street lights in human-habited areas around VNP and tourists coming to Saputara hill station” – located 67 km away – only “disturb the wildlife,” Jat said.

Park officials speculated that the two dhole came to VNP from Maharashtra; the park is adjacent to the border. Lyngdoh said a future study could compare their genes to the dhole in Maharashtra to look for any similarities.

“There are around 2,500 dhole left in the world, including approximately 1,000 in India,” he told The Wire Science. “They are currently distributed across forests in South Asia and Southeast Asia.”

The dhole is currently listed as an endangered species in the IUCN Red List. The species is protected under Schedule 2 of the Wildlife Protection Act 1972 and under Appendix 2 of the Convention on International Trade in Endangered Species of Wild Fauna and Flora.

Like any other top predator, the dhole help regulate the prey population and protect the forest.

But due to habitat loss and degradation, fewer prey, retaliatory killings for livestock predation, disease and competition with other species, the number of dhole has been falling.

In a meeting last year of the IUCN Dhole Working Group, in Thailand, experts from countries where dhole existed unanimously identified the Western Ghat and Central Indian landscapes as ‘priority sites’ to conserve the whistling hunter.