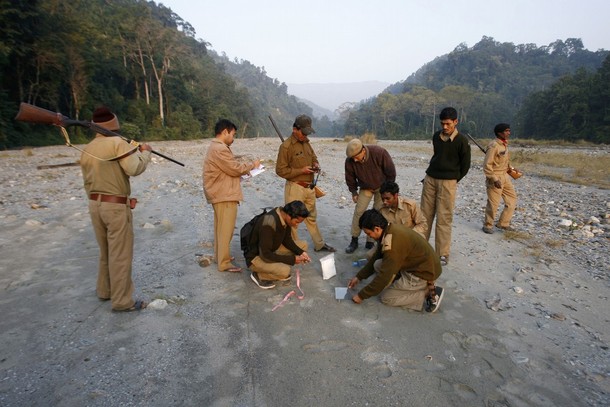 Miffed with poor support from the government for their welfare and protection while performing their duties, the association of the Indian Forest Service (IFS) officers has sought a series of measures including equipping officers with firearms and ensuring better facilities for them.

In a letter (September 2, 2020) to the Minister of Environment, Forest and Climate Change Prakash Javadekar, the association highlighted the problems faced by them and lack of facilities offered by the government.

They noted that during the recent Independence Day speech, India’s Prime Minister Narendra Modi spoke about forest protection and biodiversity conservation, with special mention to unprecedented successes in the conservation of tigers, lions and elephants.

“It was encouraging to see him emphatically reiterate India’s commitment towards the protection of nature and natural resources. We the officers of Indian Forest Service, along with the dedicated team of field staff, stand fully committed and devoted in the efforts to achieve environmental conservation targets spelled out by the prime minister during his speech and by you on several such occasions,” said the association.

It noted that the prime force behind achieving these conservation successes is the committed field staff of the state forest departments which works in the remotest areas of the country, “quite often far away from their families, as well as the comforts of the modern amenities”  to ensure the “ecological security of the nation, even at high personal costs.”

The association said the forest department officials not only protect our nation’s natural resources from encroachers, timber smugglers, mining mafias and organised poachers but also stand as an “unwavering wall of defence between the helpless villagers and the wild animals.”

But all such activities make them highly vulnerable towards the dangers of losing their life or limbs. “Every year several green soldiers make supreme sacrifices in the line of duty, while several others become disabled for life, thus impacting their ability to provide a sustained future for their family members,” said the IFS association in their letter.

For instance, in June 2019, a female forest officer in Telangana was brutally attacked by villagers while recently in Burhanpur in Madhya Pradesh, a team of forest department officials was attacked by encroachers and a forest range officer was trampled by an elephant in the Panna Tiger Reserve. Such attacks highlight the dangers faced by these officials and that India is not a safe country for forest officials.

In fact, India is often touted as one of the deadliest countries for rangers where the highest number of on-duty forest staff lose their life. According to the International Ranger Federation, 162 foresters lost their life in India while on duty from 2012 to 2017. This is the highest in the world and accounts for as high as 31 percent of the total ranger (forest frontline) deaths across the world during that period.

In 2013, the Indian government notified September 11 as the Forest Martyrs’ Day. But the association believes “nothing concrete has been done for the welfare of the frontline staff” so far.

“Although state governments are continuously trying to the improve the working conditions of the field staff, it is time that urgent efforts are made to provide safer working conditions to these protectors of nature as well as extend an improved social security cover to these green soldiers, who are sacrificing their present for our future,” the association demanded.

They asked Javadekar for a series of steps to improve their working conditions and facilities for their families. They said that in case of an unnatural death while performing their duty there should be a minimum assured ex-gratia support of Rs 2.5 million (25 lakh) to the nearest family member and that the family of the deceased staff should be entitled to get the full salary till the time the deceased persons would have worked in the department to ensure that the family can lead a secure life even in his absence.

They demanded steps for providing immediate medical support to the injured staff member and making provisions to bear the entire cost of their treatment. “The PM scholarship scheme, as implemented for the children of the deceased soldiers of the armed forces, should be extended to the children of deceased green soldiers as well,” they said.

The association also demanded “constitution of a President’s Green Gallantry Medal,” on the lines of the ones being given to the members of the police, for the “foresters making supreme sacrifice or showing exemplary bravery while protecting our nation’s ecological security.”

They sought an improvement in the working conditions of the forest field staff by seeking minimum standards like better field accommodation facilities, equipped with necessary amenities such as toilets, bathrooms, the supply of potable water, electricity, first aid facilities and high-quality field gears.

A senior forest officer, who wished anonymity, said the forest officers don’t have the power to use minimal, reasonable and proportionate use of force like police under law. “The government needs to look at their genuine demands. In many cases, when forest officials take action against illegal felling of trees, illegal mining, poaching or encroachment cases, counter complaints are filed against them,” the official said.

Sushmita, an independent researcher working on issues of forest rights and climate change, said it is understandable that forest staff work under difficult circumstances, however, the role of forest departments when it comes to conflicts over forest land has been questionable.

“Reports from several sources have suggested that in Burhanpur, it was the forest staff who burnt the huts of adivasis (tribal people) when the rights claimed under the Forest Rights Act 2006 were still pending. Residents had even demanded action under the Scheduled Caste and Scheduled Tribe (Prevention of Atrocities) Act, 1989. Under Section 4(5) of the FRA, no one can be evicted from the land till the documents and claims are under observation. Moreover, there is a stay on any such attempts to evict by the Supreme Court since last year. The Madhya Pradesh government in an order dated May 1, 2019, had clarified that until the documentation drive of Van Mitra App wasn’t completed, no department will take any action against anyone on this issue,” Sushmita said.

She said that this incident highlighted the high hand that the forest staff already exercise while interacting with Adivasis and Dalits residing in and around forests.

“In another case in Uttarakhand, similar assaults and evictions are being tried by the forest staff in the Rajaji National park on the Van Gujjars, despite there being a stay on evictions by both the Uttarakhand high court and the Supreme Court. While improving the working and living conditions of the forest staff may be required, equipping them with firearms to deal with adivasis and others may be very dangerous. They shouldn’t be given more power than they actually hold,” Sushmita stressed.

Equip officers with firearms and other protection equipment

The Indian forest service association also demanded that forest officials be equipped with “firearms and necessary protection equipment along with protection under provisions of” the Indian Penal Code and Criminal Procedure Code.

In the letter written by S.P. Yadav, who is the secretary-general of the IFS Association, urged Javadekar to direct the ministry to formulate “the required national policy and guidelines” to fulfil their demands and noted these steps could benefit at least 50,000 field foresters and their family members across the country.

IFS Officer Santhosha G.R., who is Divisional Manager West Bengal Forest Development Corporation, explained that family security and safety plays an essential role in keeping the personnel motivated. “Security and safety of their family keep the staff motivated even as they work in remote areas in difficult conditions with no facilities. It is one of the most important and crucial factors in maintaining the morale of the forest staff.”

“As far as the use of firearms is concerned, it is an operational requirement for the self-defence in remote areas, where no immediate help is available,” he said.

Prakash Bhandari of the Himdhara Collective stated that social security may be a measure of relief but the real problem is the conflict on the ground.

“Whether it is needed for land for forest diversion, forest plantations, restricting access … This brings local forest staff to loggerheads with communities. But when the stakes are really high like fighting timber mafia and poachers they receive little or no community support because the local people are alienated by the department policies,” Bhandari said.

He said the local forest department staff are the frontline persons who have to really bear the brunt of this conflict. “Therefore, the department has to change its colonial approach, make local people custodians with decision making roles, where forest staff is providing back end support. When other departments can work for the people, forest too will have to radically change its approach as well as forest policies,” said Bhandari.

Environmentalist Madhu Sarin emphasised that most of the demands put forward by the foresters are valid especially in the context of them working in remote areas in abysmal conditions. “The only thing that could become contentious is the use of firearms or the use of excessive power against communities living in and around forest areas,” Sarin said.