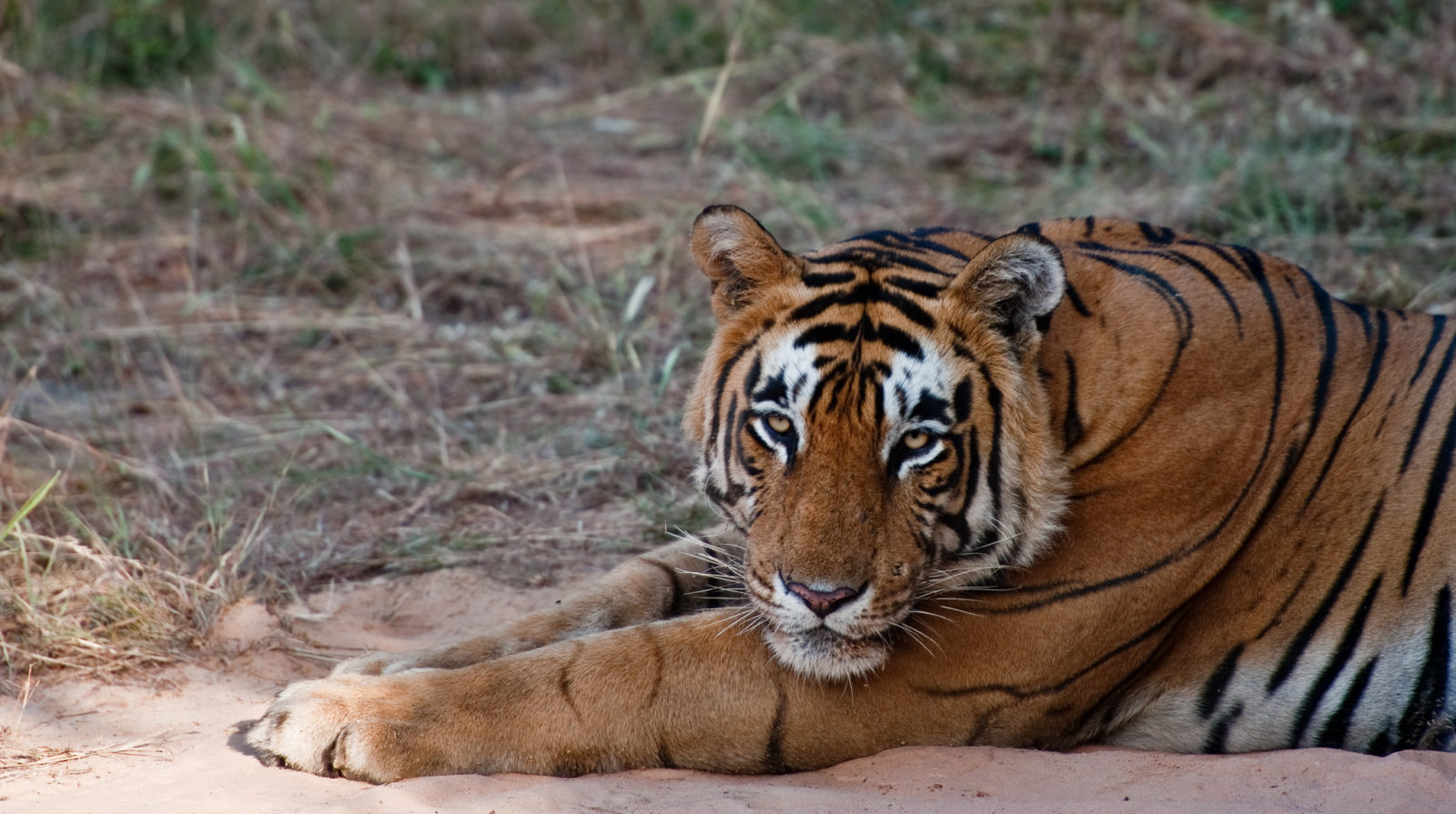 What One Monkey Mother Could Teach Humans About Themselves

Wild tigers are hard to study. That’s why India’s tiger census uses camera traps to take photographs of tigers as they walk unsuspectingly by; geneticists pick up tiger poop or hair from forest trails used by the elusive big cats, to obtain DNA.

Tiger hair – shed when the big cats exuberantly mark their territories at scratch posts – are more common in the wild than scat. Hair can even provide whole-genome sequences (the entire genetic information of an organism) if the right laboratory methods are used, according to a study published in the journal Ecology and Evolution on May 18.

The approach, if replicated and extended, could “persuade us all that hair sampling is a trustworthy second option in assessing genetic data from free-ranging species, which is valuable for management concerns”, commented conservation geneticist Stephen O’Brien, founder of Russia’s Theodosius Dobzhansky Center for Genome Bioinformatics, who was not involved with the work.

Managing the last wild tiger populations – most of which are in India – is a tough job, with threats such as habitat fragmentation, poaching and inbreeding. But studying tiger DNA helps. For instance, even the small fragments of DNA in tiger scat can reveal which individual it belongs to and help scientists monitor wild tiger populations.

More intricate genetic details require high-quality DNA from samples of animal blood or tissue. Analysis can reveal inbreeding, the similarity in genetic material between tigers in a population brought about when they breed with related individuals. The resultant higher relatedness between individuals can potentially be addressed using the right management actions.

To find out which sources of DNA could provide whole-genome data from wild tigers, a team including Anubhab Khan of the National Centre for Biological Sciences (Bengaluru), officials of the Rajasthan Forest Department and researchers at Bengaluru’s Medgenome Labs followed 34 tigers over a year in Rajasthan’s Ranthambore Tiger Reserve.

They collected shed hair from each individual, picking up more than 5,000 strands left behind at 207 scratch posts, scats from nine individuals and blood or tissue samples from four tigers. The team extracted DNA from all these samples in the laboratory.

In the process, the team also developed the best methods to extract DNA from hair using specific DNA extraction and sequencing techniques, such as sterilising the hair surface to prevent contamination. The team then cross-verified the method they developed, by comparing the results they obtained from wild tigers, with the genome from a known individual in a zoo.

The team was delighted to find that their methods stood the scrutiny — hair did have valuable genetic information comparable to DNA from high-quality tissue. While tissue samples yielded the best DNA, hair samples – the most abundant DNA source in the wild – outperformed scats.

Though whole hair contained low concentrations of DNA that often varied across samples, the team could obtain five whole-genome sequences that were a 96% match to those obtained from blood. This confirmed that naturally shed tiger hair (whole hair, irrespective of whether it contained a hair root or not) is a viable source of whole-genome data and can be used for population-level, whole-genome studies.

This is the first time that scientists have derived whole-genome sequences from naturally shed hair in the wild. Other studies have either used baited hair traps (rough mats scented with animal-attracting chemicals that cause animals to rub against it and snag their fur), or hair from museum specimens (such as the sequencing of the genome of an extinct woolly mammoth in 2008).

The whole genomes of five tiger individuals that the team obtained from hair samples revealed a lot of detailed genetic information about Ranthambore’s tigers. Their genomic data showed high relatedness between pairs of tigers in the Reserve, suggesting that this population could be inbred.

Their data matched findings from a 2017 study (co-authored by one of the senior authors in the same team, Uma Ramakrishnan), which found high levels of relatedness in the same tiger population, using tissues as the DNA source.

The whole genomes also revealed details of tiger lineages in Ranthambore. For instance, the team found that almost all the tigers in the park have descended from a single female (the famous tigress nicknamed Machali). Once again, their results could be validated: the tiger lineages that Khan and his colleagues built from their data matched with long-term lineage records (based on animal tracking and observation) that have been maintained by forest officials for over two decades. The team was able even to identify siblings and mothers of tigers with unknown lineages.

Though the authors have done a “nice job” validating their results, possible drawbacks could include sample size [the team obtained only five whole-genome sequences] and stability of recovered DNA, according to O’Brien. But overall, the study’s results are “interesting and credible” and “raises the prospect of hair collection as a powerful genomic tool for hair shedding species, and also for genome-based analyses of kinship, parentage, natural history, migration, inbreeding and other features of small populations,” he wrote, in an email to Mongabay-India.

It can also help compile a forensic database of the genomes of tigers in various parks, which can, in turn, identify the geographic regions from which confiscated tiger specimens originated, he added.

“This will help tremendously in identifying areas that need more protection.”

This article has been republished from Mongabay India.