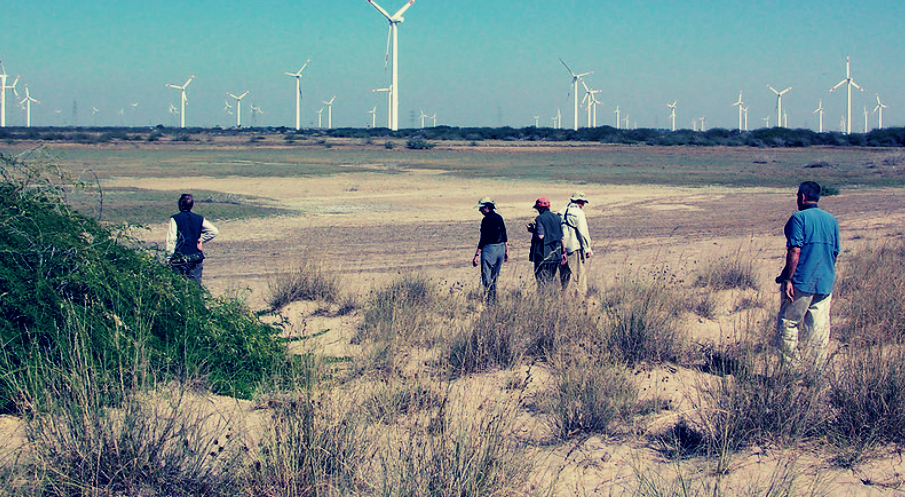 Studies have shown how warming oceans worldwide cause corals to bleach: they lose the algae that give them their colours, become stressed, and more vulnerable to death. Coral bleaching is a worry in Indian reefs too. Surprisingly in 2018, scientists including Rohan Arthur (Nature Conservation Foundation, India) found that some reefs in the Lakshadweep islands were adapting to be more resistant to warming waters: over almost two decades which saw three bleaching events (in 1998, 2010 and 2016), some reefs changed from comprising delicate, temperature-sensitive coral species to housing more hardy, temperature-tolerant ones.

But coral decline did not cease: coral cover showed a 40% decrease overall during this time.

Arthur and his team could decipher these trends only because they have monitored these coral reefs since 1998. In 2012, the group established permanent underwater plots to track coral cover, recovery, and recruitment. Every summer – between April and May – when waters warm-up, they also monitor coral bleaching.

Monitoring this year’s coral bleaching was not possible. The nationwide lockdown imposed on March 25 and later travel restrictions have meant that research teams have not reached these sites at all.

“This year was likely a major bleaching year,” said Arthur. But all they could do was track the rising temperatures from satellite data and inform local officials. The team’s annual reef monitoring work – that should have ideally kicked off by now – is also currently on hold. “The next few months will be critical, so we are holding our breaths,” wrote Arthur in an email.

The lockdowns and travel restrictions brought on by COVID-19 have disrupted Arthur’s coral monitoring work this year and several such ongoing long-term projects. It has crippled long-term ecological research in the country temporarily; now, more than four months after the lockdown lifted, some projects are only just about limping back to normal while others – such as Arthur’s annual monitoring of coral reefs and coral bleaching – are still waiting to take off.

India has several ongoing long-term ecological and environmental monitoring projects, where specific data are collected systematically for extended periods. They aim to understand a range of phenomena – from slow tree growth to hornbill nesting success and coral reef health – and address both short- and long-term questions. Depending on the questions, annual, quarterly, sometimes monthly, and even weekly data collection is crucial.

For instance, the LEMoN India plots – nine one-hectare forest plots set up from 2011 onwards across India by the Community and Ecosystems Ecology Research Laboratory in Bengaluru’s National Centre for Biological Sciences (NCBS) – aim to understand forest vegetation and carbon dynamics in general, but also address specific research questions such as the impact of fire and herbivory on vegetation or the effect of extreme rain on forest hydrology and carbon. Yearly trends of tree growth in all these plots are measured only once a year, while data on tree flowering, fruiting, or seed regeneration are collected more regularly.

COVID-19 and its spread in India have impacted several such projects but in varying degrees. The extent of impacts seems to hinge on the questions each project seeks to address and how regularly that specific data has to be collected.

“Yearly trends of tree growth, for example, are less likely to be affected because data is collected only once a year. Patterns of tree phenology, which are more frequently collected, have been affected and will make it more difficult to assess patterns,” said Shasank Ongole, junior researcher at NCBS who also works on the LEMoN plots.

Also read: How the Indian Government Can Help Improve the Ease of Doing Research

Impacts have also been site-specific. Travel to field sites to monitor coral reefs in Lakshadweep is still not possible now. With the islands showing no signs of opening up for researchers, he is not sure when they can begin at all, said Arthur.

In Arunachal Pradesh’s Pakke Tiger Reserve, a team including scientist Aparajita Datta (NCF) has been monitoring 40 hornbill nests since 1997. This has helped understand several aspects of the breeding biology of three hornbill species (the status of two of these are designated ‘Vulnerable’ in the IUCN Red List). However, due to the lockdown, travel restrictions, and other reasons, nest monitoring has paused. Their 15-year-old project that tracks tree phenology (including the flowering and fruiting of more than 50 species, many of which are also hornbill-dispersed) here has also been stalled for six months now.

While travel restrictions have eased in many areas, traveling to sites – many of which are very remote – has been difficult for field coordinators. They rely mostly on public travel, wrote Ongole. Most of the LEMoN plots that are up and running are those where field coordinators and staff live nearby. According to Ongole, local communities’ knowledge is also incredibly valuable in such ecosystems, and strengthening their capacity is essential to minimise the effect of disruptions.

Similarly, some of NCF’s programmes have been able to commence to some degree with help from local communities. In Pakke for instance, the local field team have been managing and maintaining NCF’s restoration nursery (which has been supplying native tree saplings to local communities since 2014) with the help of nest ‘protectors’ who belong to the Nyishi tribe (as part of the community-based Hornbill Nest Adoption Programme that began in 2012) could collect hornbill nesting data from reserve forest areas outside Pakke Tiger Reserve, said Karishma Pradhan who coordinates the nest adoption programme.

“I think that this is important in the future and points to the need for greater training and responsibility given to field staff,” wrote Datta. “And indicates that we should put some energy and thought into strengthening and helping build more local capacity – not just field staff, but leaders or managers and researchers.”

But will COVID-19’s disruption of data collection affect our understanding of the long-term trends that such projects throw light on? Usually, the crucial advantage of long-term projects is that the gaps may be filled on an average, with appropriate caution, using data available from other periods, commented Ongole.

Indeed, missing data for one year may not affect the shift in the trends observed through years of continuous monitoring of hornbill nests in Arunachal, said Datta. However, the team has been observing some changes in hornbill breeding patterns since 2017.

“These changes seem to be periodic or episodic and likely linked to global weather patterns, [therefore] loss of one data point may affect our understanding of how hornbill breeding and [tree] fruiting patterns may be affected by climate change,” she wrote.

Gaps in data do indeed form “frustrating holes” in their understanding of reef processes, said Arthur. But when such gaps occurred previously (mostly due to lack of funding), they found ways to work around it.

“However, in the new climate change milieu we are in, the rate of change is so fast that I no longer know from year to year what I will find when I return to the reef. Given this rapid pace, being able to sample each year becomes much more critical.”

Therefore, the importance of long-term monitoring research – both ecological and environmental – cannot be overlooked. It’s not just climate-change-related research that needs such monitoring: there is for instance, a huge need for long-term research to study the impacts of invading alien exotic plants so that it can serve as a baseline for policy intervention and action, argue studies. While many long-term projects in India are running out of time in these uncertain COVID-19 times, some are also running out of funds. Though data collection was not possible, they still ran overhead costs. And as India stares at an economic slowdown, do scientists worry that fund crunches for ecology and conservation research could hit long-term monitoring projects?

“Definitely,” commented Jayashree Ratnam, currently associate director of the NCBS Masters Programme in Wildlife Biology and Conservation, who also designed and implemented the LEMoN plots. At times like these – and not surprisingly – a lot of government funding is going into research that directly addresses the pandemic. The total budget for science has not changed significantly; this will most likely result in reductions in funding to less urgent issues at this time, she said. She added that long-term programmes are already difficult to fund because outcomes are not readily delivered at the time-scales of the typical granting cycles of three years.

If Arthur’s team cannot head out to the field for a year, they do have enough data to keep themselves well-occupied with analysis and engage productively with the science. “However, whether we will have funding to support our researchers over the next few years is my principal source of worry,” said Arthur.

On the other hand, the pandemic has sharply brought the connection between nature and human well-being into focus, said Ratnam. “I would like to hope that this warning sign is heeded and brings home the relevance and urgency of the ecological and conservation sciences.”