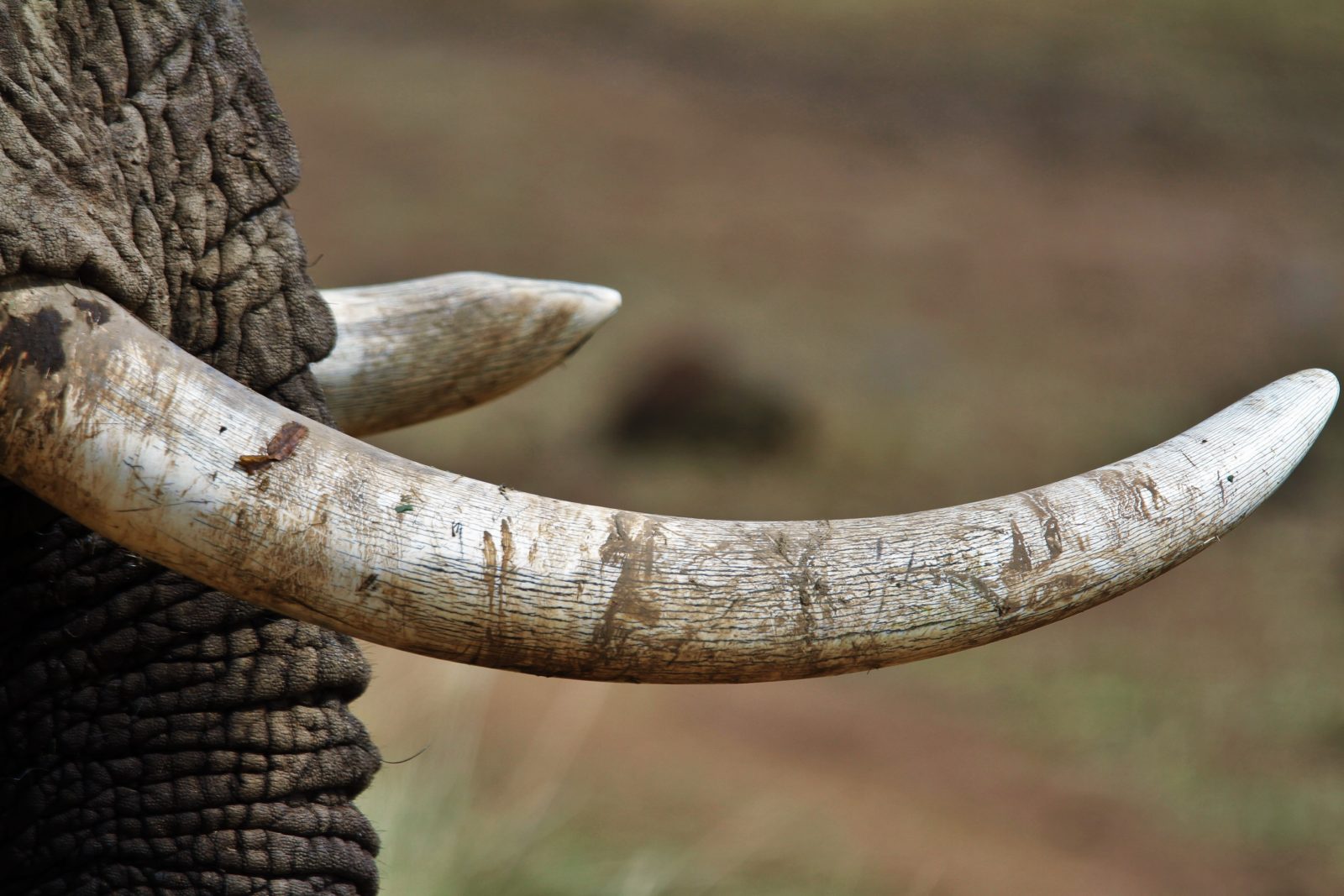 Come 2035, Leap Seconds Will Run Out of Time

New Delhi: Abandoning its decades-old stance of strongly opposing ivory trade, India for the first time abstained from a vote seeking the commercial sale of African elephant tusks – a move that strengthens suspicions of a quid pro quo deal with Namibia for facilitating the transfer of eight cheetahs.

The development came at a meeting of parties that signed the Convention on International Trade in Endangered Species of Wild Fauna and (CITES), a multilateral treaty to protect endangered plants and animals from the threats of international trade. CITES protects more than 38,000 species against over-exploitation by either banning trade completely or placing strict restrictions.

At the meeting in Panama, Zimbabwe introduced a proposal to allow the commercial sale of elephant tusks that were stockpiled by the governments of Botswana, Namibia, South Africa and Zimbabwe. Though the proposal was defeated on November 18, India’s decision to abstain is significant because Namibia had said that it sought New Delhi’s cooperation on allowing ivory trade in exchange for the translocation of cheetahs from that country to the Kuno National Park in Madhya Pradesh.

Eight African cheetahs from Namibia were brought to the park in Madhya Pradesh on September 17 as part of an ambitious project that seeks to reintroduce the big cat species in the country. India was home to the Asiatic cheetah, which was declared extinct in the early 1950s due to trophy hunting and habitat loss.

According to Indian Express, the agreement between Namibia and India to transfer cheetahs included a commitment to promote “sustainable utilisation and management of biodiversity” by supporting each other “at international forums including meetings” of CITES.

Though ivory was not mentioned in the agreement, a representative of Namibia’s Ministry of Environment, Forestry and Tourism, told the newspaper last month that the country had “approached India to support us in this regard as per the provision of the agreement”. The Indian Ministry of Environment, Forest and Climate Change (MoEFCC) did not entirely deny the claim, saying only that it did not receive “any written communication” from Namibia regarding the lifting of the ban on ivory trade.

Chandra Prakash Goyal, the director-general of forests, MoEFCC, told Indian Express on November 19 that “he was not aware of the circumstances” in which the voting took place. “What is important is that the (ivory trade) proposal was defeated,” he said, when asked why India abstained from voting and if it represented a shift in policy.

India ratified CITES in 1976, a year after it came into effect, and the third conference was held in New Delhi, in 1981. It was during this conference that the logo for CITES, which has an elephant tusk, was designed in India and adopted unanimously by all parties.

As The Wire Science has reported, India has traditionally opposed ivory trade within the country and globally. The country outlawed trade in ivory from Asian elephants in 1986 through an amendment to the Wildlife Protection Act, 1972. Although the amendment didn’t include ivory imported into India, it was remedied through another amendment in 1992.

At the start of the 20th century, millions of elephants roamed Africa. But a combination of trophy hunting, ivory trade and loss of habitat resulted in a catastrophic decline over the next few decades – falling to just 1.3 million in 1979 from 10 million in 1913.

In 1989, CITES banned international commercial ivory trade obtained from both African and Asian elephants. It did so by placing them in Appendix I of the convention, which bans trade in species threatened with extinction. But poaching did not stop – just over 286,000 elephants were counted in Africa in 1995. However, populations have stabilised since then.

In 1997, CITES moved African elephant populations in Botswana, Namibia, South Africa and Zimbabwe to Appendix II – which allows commercial international trade subject to certain restrictions. These governments had argued that the elephant population within their countries had improved and that selling stockpiled ivory would generate revenue that would be used on projects to conserve elephants.

Subsequently, in 1999 and 2008, CITES permitted these countries to conduct one-off sales of ivory stockpiled from natural elephant deaths and seizures from poachers. But these countries have been arguing that regular, controlled commercial ivory trade should be allowed, making proposals in CITES Conference of Parties – not to be confused with the UN climate change summit – summits in 2016, 2019 and again this year to that effect.

Zimbabwe, in its proposal this year, said that Botswana, Namibia, South Africa and Zimbabwe have a relatively large elephant population, which “are either increasing or have mild, non-significant declines”. These countries account for 61.6% of all remaining elephants in Africa and have put in place “collaborative and cooperative arrangements” for anti-poaching strategies.

“Africa has several geographically differentiated elephant populations with different growth trajectories, so one size fits all policies do not apply,” Zimbabwe said. It argued that ivory stockpiled from elephants that have died naturally is “registered to ensure traceability”. “The same applies to elephants that have to be destroyed for management purposes such as during human-wildlife conflicts,” the proposal says.

Ivory that is produced entirely through routine conservation management can be disposed to responsible markets, Zimbabwe said, as it will generate revenue to fund the implementation of national elephant management plans and anti-poaching strategies, support community-based initiatives for securing elephant habitat, dispersal areas and movement corridors.

Conservationists, however, have pointed out that poaching has been on an upward trend since 2008, when CITES last approved a one-time sale of stockpiled ivory. According to the IUCN, “Both species (African bush and forest elephants) suffered sharp declines since 2008 due to a significant increase in poaching, which peaked in 2011 but continues to threaten populations. The ongoing conversion of their habitats, primarily to agricultural and other land uses, is another significant threat.”

Zimbabwe’s proposal was soundly defeated on November 18, with just 15 countries voting in favour and 83 against it. India was among the 17 countries which abstained.

According to the Indian Express, Namibia also voted against a proposal by India and Nepal to allow sustainable commercial use of North Indian rosewood, called Dalbergia sissoo, which is harvested for timber that is then used to make products like handicrafts and furniture. The proposal was defeated 55-30.

Also Read: In India, Elephant Reserves Have Little To Do With Protecting Elephants

At the same conference, four West African countries – Burkina Faso, Equatorial Guinea, Mali, Senegal – and Syria proposed that all African elephants should be listed in Appendix 1, in a direct challenge to Botswana, Namibia, South Africa and Zimbabwe’s request to allow commercial ivory trade. They argued that elephants in Africa are not “nationally owned” and 76% of them are found in transboundary populations.

Elephant conservation can only be effective if addressed at the continental level, and the split listing by CITES has “caused legal anomalies, with signatory parties adopting different interpretations”, the proposal says.

According to the Daily Maverick, a South African media outlet, the proposal says the split listing “has caused inconsistency and confusion in the way CITES is applied to African elephants. Uplisting would provide this common framework for all elephants and the basis for coordinated action and unified protection for elephants across the continent”.

However, this proposal was also defeated but garnered more support in general. While 44 countries agreed with it, 59 did not and 13 abstained. India was not present during the vote, according to CITES.

They argued that stockpiles are growing worldwide, are costly to maintain and are inadequately monitored. They said: “This presents a serious threat to elephants through leakage of ivory into illegal trade, which perpetuates demand and ongoing markets for ivory.” The submission says that reports of ivory “disappearing” or being stolen from stockpiles are routine, adding that the continued presence of stockpiles signals that future ivory sales are anticipated.

“Destruction of ivory and putting ivory stockpiles beyond commercial use will help to neutralise expectations of future trade in ivory and will discourage future markets,” the countries say.

This proposal is also likely to be defeated.