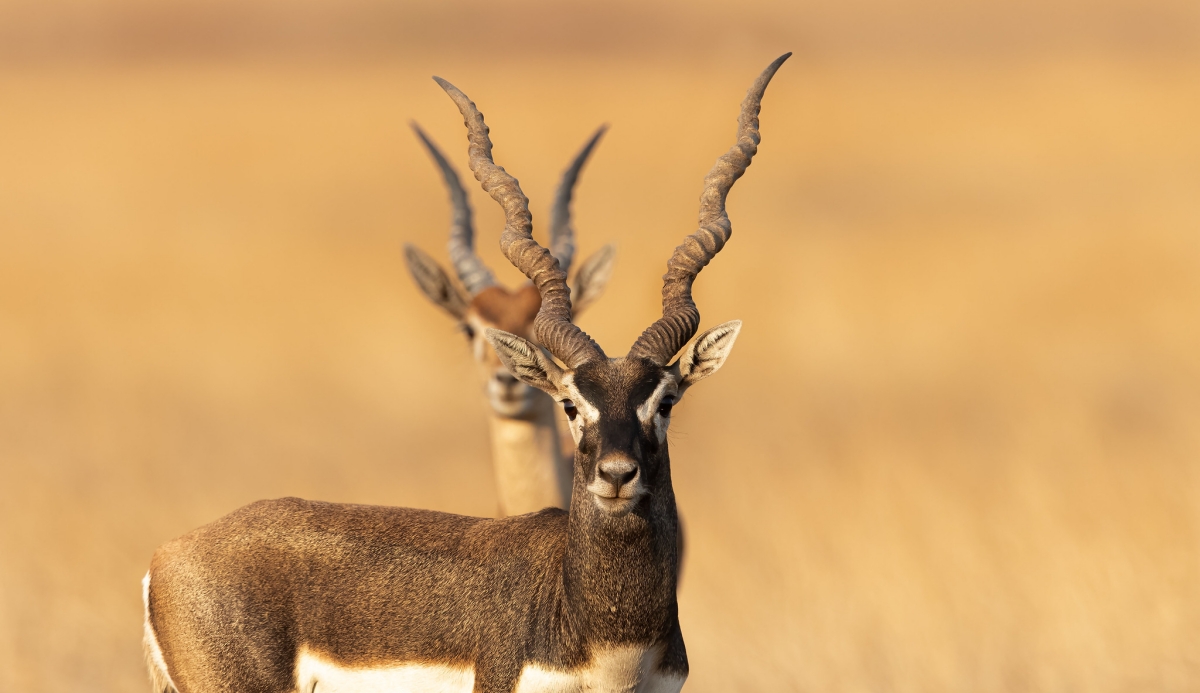 In December 2022, the world’s governments agreed on a set of actions to address the rapid disappearance of wild plants and animals everywhere. For India, turning these goals into reality will require focusing on habitat connectivity, neglected ecosystems and financial support from developed countries – while respecting the rights of local communities to benefit from local wildlife – experts tell The Third Pole.

At the 15th meeting of the parties to the UN Convention on Biological Diversity held in December 2022 in Montreal, Canada, known as CBD COP15, 196 countries agreed upon the ‘Kunming-Montreal Global biodiversity framework’ (GBF). This framework – which is supposed to serve as a guide for countries to arrest and reverse biodiversity loss until 2030 – comprises four broad goals and 23 targets, relating to restoring ecosystems and preventing species extinction; ensuring people can benefit from sustainable use of wild species; the equitable sharing of the benefits of genetic resources; and securing adequate resources to implement the framework.

“India can comfortably achieve the target of 30×30 by 2030,” India’s environment minister Bhupender Yadav recently told the Hindustan Times, adding that almost 27% of the country’s geographical area is already subject to some kind of conservation measure. This figure includes formal protected areas like sanctuaries and national parks, which represent a little over 5% of India’s land area, as well as other areas with tree and forest cover, including scrublands, reserve forests and unclassed forests. According to government statistics, forest and tree cover represents 24.62% of India’s total geographical area.

But a possible cause for concern is the fact that plantations, including monocultures which harbour very little biodiversity, have been classified as “forest cover”, and their inclusion may be artificially inflating the figure of land under conservation measures.

At present, India has a National Biodiversity Action Plan which is aligned with the Aichi Biodiversity Targets, the predecessor to the GBF. The Aichi targets were adopted at CBD COP10 in 2010. “Now, the challenge is figuring out how to internalise the new 23 targets [under the GBF],” Vinod Mathur, former chair of India’s National Biodiversity Authority (NBA) and a long-time negotiator for India at the CBD tells The Third Pole.

One of the most effective ways to implement the 30×30 target in India could be to focus on habitats which tend to be overlooked in conservation action, like grasslands, seagrass meadows and wetlands, says Neha Sinha, head of policy at Bombay Natural History Society.

“If we look at the Central Asian Flyway as a planning unit, there are several sites that come up that need protection and should be seen as connected to each other – such as beaches, coastal areas and inland waters,” says Sinha. The Central Asian Flyway is a major bird migration route, on which birds that breed in Central Asia, China and Russia travel to South Asia to spend the winter. The 30×30 target – which speaks of “well-connected” protected areas “integrated into wider landscapes, seascapes and the oceans” – provides India with “an impetus” to strategically plan the protection of sites that have been historically overlooked and improve habitat connectivity, she says.

Many commentators have expressed concern that a potential expansion of protected area networks in South Asia risks diluting the rights of communities. Speaking on the relationship between fishing communities and Marine Protected Areas, Naveen Namboothri, marine biologist and programme head at non-profit the Dakshin Foundation, explains that in India, such areas are typically ‘no-take zones’, meaning that communities are not permitted to do any fishing within the protected area.

The GBF adopted in Montreal specifically states that the rights of indigenous peoples and local communities – as well as their “customary and sustainable use” of wild species – should be respected and protected throughout its implementation.

The management of India’s marine protected areas has also been criticised for relying on training and experience that is geared towards terrestrial ecosystems. “It’s an exclusionary, inequitable system which often has no positive outcomes for both conservation and fisher communities,” Namboothri says.

According to Vinod Mathur, India is unlikely to focus on expanding protected areas like sanctuaries and parks that could entail displacement of local communities and restrictions on their access rights. “We already have many sanctuaries and parks, and we recognise that there is resistance to declaring new areas as such,” Mathur says. At present, India has 106 national parks and 567 wildlife sanctuaries.

Instead, Mathur says, India is now focusing on Other Effective Area-based Conservation Measures (OECMs). This term, officially recognised under the CBDin 2018, refers to biodiverse areas that exist outside protected area networks and where conservation goals could be achieved as a by-product of area management.

In June 2022, the Indian environment ministry and United Nations Development Programme released a report to identify potential OECMs in the country, which included traditional agriculture systems practised by the Apatani tribe in Arunachal Pradesh, Chakhesang tribe in Nagaland and saffron farmers in Kashmir, as well as several areas that are privately owned.

This focus on OECMs is part of an effort to redefine conservation to include areas with fewer restrictions on human activity and more focus on co-benefits and co-management than traditional protected areas, says Mathur. “It’s not just about tigers and elephants. Issues like soil conservation are also important because there are many degraded lands. And we need urban biodiversity,” Mathur adds.

One target India engaged with extensively during discussions at CBD COP15 relates to agricultural subsidies. India, along with a few other South Asian countries, urged governments to carefully consider which subsidies may be genuinely harmful to biodiversity, and which may bring benefits. For instance, Mathur pointed out that subsidies for cooking gas can reduce reliance on forests for fuelwood, which can help improve the health of forest ecosystems.

In countries like India, decisions around agricultural subsidies have major socio-economic ramifications, because millions of poor farmers depend on government support. In a statement, environment minister Bhupender Yadav has argued there should be no numerical target for the phase-out of pesticides, and individual countries should be left to decide how to manage a phase-out.

The final text on subsidies in the GBF now references “reform” of subsidies that are harmful to biodiversity, in place of a singular focus on phasing out, and includes caveat language that this process should be done in a “a proportionate, just, fair, effective and equitable way.” A separate target speaks of reducing “overall risk from pesticides and highly hazardous chemicals.”

Elaborating on what “reform” of subsidies could refer to, C P Goyal, director-general of forests in the Indian Ministry of Environment, Forests and Climate Change, says that some subsidies for the agricultural sector could be redirected to alternatives, like subsidies for gas canisters. Goyal was part of the Indian delegation at Montreal.

“Those farmers who want to move away from pesticides and other harmful chemicals, and those who can afford to do it, can do so,” Goyal tells The Third Pole, adding that for other farmers, support would still be required.

Many developing countries share similar concerns when it comes to protecting biodiversity, including huge numbers of people who depend on wild ecosystems for their livelihoods. In India, over 300 million people are dependent on forests. And so, Mathur explains, since the very beginning stages of deliberations on the GBF, India coordinated with neighbouring countries like Nepal, Bhutan, Bangladesh, Sri Lanka and Maldives to arrive at common positions that reflect their needs, including on the responsibilities of developed countries to provide financial support.

In the end, these discussions resulted in an agreement that developed countries would mobilise at least $20 billion per year by 2025 and at least $30 billion by 2030 towards implementation of national biodiversity action plans and strategies in developing countries.

Overall, countries pledged to mobilise at least $200 billion per year from all sources to support the implementation of the framework by 2030. At present, reports point to an annual biodiversity finance gap of USD 598-824 billion. Unless biodiversity finance is scaled up substantially year-on-year, the United Nations Environment Programme estimates a gap of a little over USD 4 trillion by 2050.

“Now [under GBF] we have a target to protect 30% of the global land and seas by 2030,” Goyal says, contrasting the agreement with the previous Aichi targets that were widely regarded as being vague. “Whether we meet the target or not is dependent on capacities and financial resources, but at least there’s a clear target we can start working towards,” he added.

This article was originally published on The Third Pole under the Creative Commons BY NC ND licence.