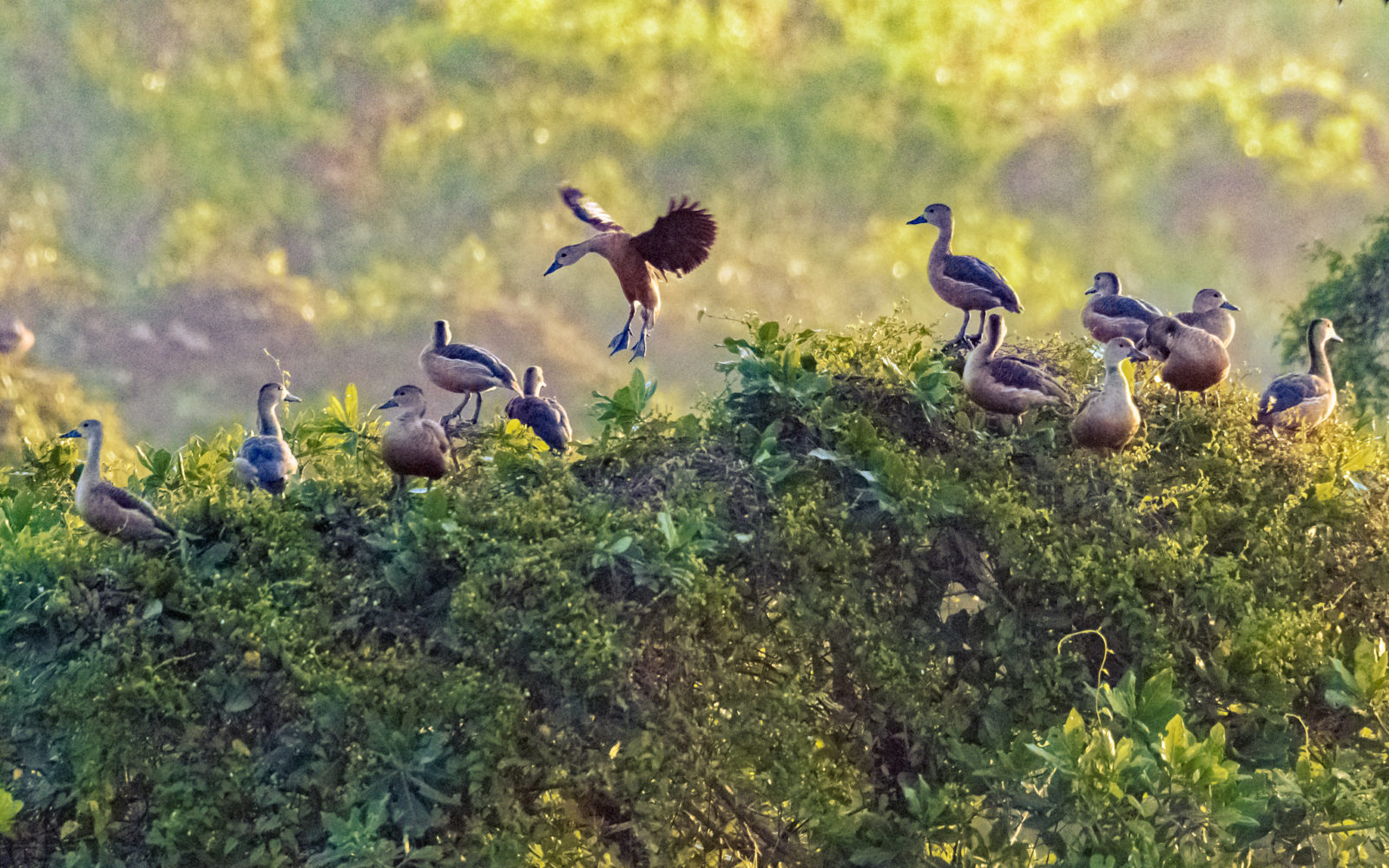 Kochi:  India is on a Ramsar site designation spree. On August 3, India designated 10 additional Ramsar sites – which marks them as wetlands of international importance – across the country. This comes just a week after India designated five wetlands – in Tamil Nadu, Mizoram and Madhya Pradesh – as Ramsar sites. India’s total tally of Ramsar sites is now 64, fast approaching the target of 75 that the Union environment ministry promised to celebrate 75 years of India’s independence with this year.

Identifying wetlands as Ramsar sites is important because this could bring about more targeted conservation action to save these important natural ecosystems, said scientists. India already has the highest area under, and the most number of, Ramsar sites in south Asia. However, a Ramsar site tag makes no difference and there is no change in their management or protection, say activists.

Ramsar sites are wetlands (swamps, marshes, lakes, floodplains and other water bodies that are filled with static or flowing water) that are considered to be of international importance. Under the Ramsar Convention, an intergovernmental treaty that aims to conserve and use wetlands and their resources sustainably, signatory countries can declare wetlands as ‘Ramsar sites’ provided they meet one of nine criteria. These include if the wetland is representative of a rare or unique wetland type, or if it regularly supports 20,000 or more waterbirds. India ratified the Convention in 1981.

With the announcement of the Ministry of Environment, Forest and Climate Change (MoEFCC) on July 26 to designate five more wetlands as Ramsar sites, India now has 64 Ramsar sites in total. India already had the highest number of wetlands in a country in south Asia. The area under Ramsar sites – around 12,500 square kilometres – is also the highest among south Asian countries. Ramsar sites in the country include Deepor Bheel in Assam, the Sundarbans in West Bengal and the Vembanad-Kole wetland in Kerala.

One of the five new Ramsar sites announced on July 26 is the Sakhya Sagar wetland in Madhya Pradesh. Spread across ~250 hectares, the wetland is a man-made reservoir which was already part of the Madhav National Park, located in the northern district of Shivpuri.

Another, the Pala wetland in Mizoram, spans 1,850 hectares and is the largest natural wetland in the state. The wetland has special cultural importance among the local Mara people in the area as well.

The Pichavaram mangroves in coastal Cuddalore district is the habitat of several threatened species such as olive ridley turtles and the critically endangered spoon-billed sandpiper. The Karikili Bird Sanctuary in the Chengalpattu and Kanchipuram districts is now a Ramsar site too. So is the Pallikaranai Marsh Reserve Forest, which lies just about 20 km south of Tamil Nadu’s capital Chennai. It plays a crucial role in preventing flooding in south Chennai, as well as in the nearby Chengalpattu district.

On August 3, the MoEFCC announced that it has added 10 more Ramsar sites to the list. These include six in Tamil Nadu (including the Gulf of Mannar Marine Biosphere Reserve), the Nanda Lake in Goa, Satkosia Gorge in Odisha, the Ranganathittu Bird Sanctuary in Karnataka and the Sirpur wetland in Madhya Pradesh.

The sudden spate of Ramsar site designations mirrors the MoEFCC’s proposal to have 75 wetlands designated as Ramsar sites to celebrate the occasion of 75 years of Indian independence.

However, most of these wetlands – such as most across India – face numerous threats.

Threats in the Pallikaranai marshes, for example, include the proliferation of invasive and non-native species, and pollution due to household sewage and urban wastewater. The Conservation Authority of Pallikaranai Marsh is currently implementing a site-specific management plan, as per the Ramsar website.

“Although classified as a Wetland Reserve by the national authorities, the Site is threatened by the construction of roads and railroads, hunting and collecting of land animals, illegal logging and wood harvesting,” reads the description of Mizoram’s Pala wetland on the Ramsar Convention website. The Pichavaram wetland – despite Reserve Forest status since 1893 – has no management plan yet, according to the same website.

Why we need Ramsar sites

This is where a Ramsar tag could help.

Being designated as a Ramsar site makes a huge difference in a wetland’s management and protection, said Jayshree Vencatesan, managing trustee of Care Earth Trust, a Chennai-based conservation and research organisation that was also involved in drafting the Ramsar applications for the Pallikaranai marshes and Karikili Bird Sanctuary. Along with her colleagues, Vencatesan has been studying the Pallikaranai wetland, among others, for the past two decades.

Being a Ramsar site ensures that the wetland is strictly monitored through changes in management practices, she said. She took the example of Pallikaranai. Now that it is a Ramsar site, it will get added protection, encroachments will be removed, and the land will not be diverted for other purposes. More scientific management practices will be employed so that the diversity of microhabitats in Pallikaranai – such as low-lying grasslands, deep water pockets, mudflats, brackish water areas and channels – will be maintained.

“So we definitely need more Ramsar sites,” said Vencatesan. “They bring in more focused conservation action and more funds for these activities. And most importantly, local communities begin to understand its importance. This makes a very big difference.”

And yet, there are numerous instances where Ramsar tags have not really helped the wetlands. Take the Loktak Lake in Manipur, for example. The 26,600 hectare-wetland – designated as a Ramsar site in 1990 – is known for its unique phumdis, or mounds of floating vegetation, that are important habitats for wetland birds. Local communities recognise the value the lake holds in their culture and livelihoods (many rely on traditional fishing practices here). The Loktak Lake is also the site for several projects, including a controversial ecotourism one. The mega-project aims to turn the site into a “world class tourist destination” and involves the construction of resorts and other buildings. And a golf course.

Litigation records showed that the state government had violated the Environment (Protection) Act 1986 and misled the Manipur high court to push through several projects (including the tourism one) around the Loktak Lake, found Mukta Joshi, a lawyer with Land Conflict Watch, in her report for The Wire Science in February.

In fact, a Ramsar site tag does not make any difference, said environmental activist and water expert Himashu Thakkar, coordinator of the South Asia Network on Dams, Rivers and People. The government seems to be just in a race to name more sites, possibly because it wants to attain a certain target number in the 75th year of independence, he added.

“There is no effective change in governance or management of the wetlands even after they get Ramsar tag and past experience shows that none of the Ramsar wetlands had any additional protection from destruction,” said Thakkar.

Note: This article was first published on August 2, 2022 and republished August 4, 2022 with additional information on more new Ramsar sites.