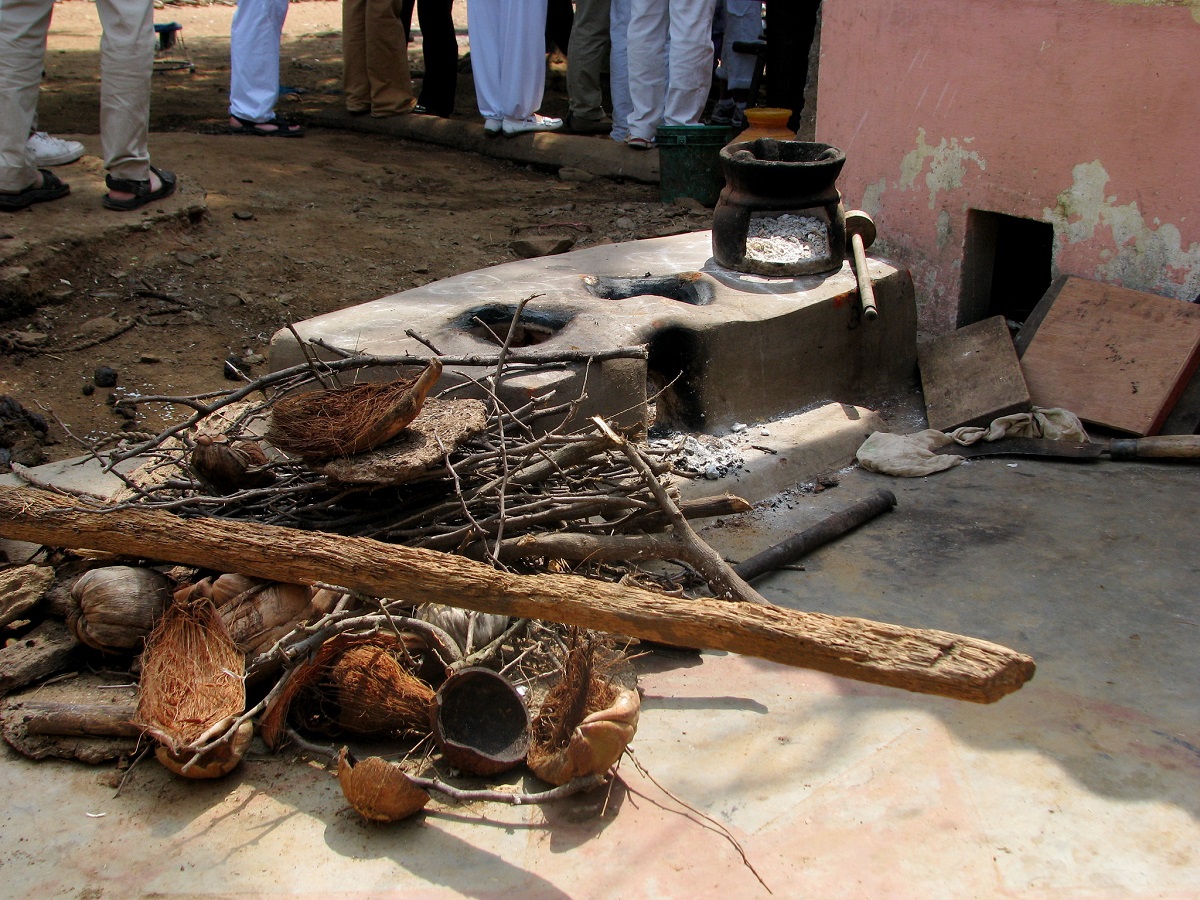 New Delhi: India’s poorest households are impacted by a ‘double whammy’ of inhaling smoke produced by using solid fuels for cooking and disproportionate exposure to ambient air pollution from household consumption. The latter is largely emitted by affluent urban households, making the poorest at least nine-times more likely to die of air pollution, a new study has found.

According to the paper, breathing ambient air with unsafe levels of fine particulate matter (PM2.5) causes approximately 4 million early deaths each year globally – of which 25% occur in India. The study says that while in developed countries, fossil fuel use for power generation, industry and land transportation are the major contributors to PM2.5 pollution, in India, smoke from solid fuel use for cooking and other household activities are the major causes. It estimates that 70% of the Indian population still depends on solid fuels for cooking.

The authors say that while multiple studies have described the polluting effect of household solid fuel and the associated health hazards, the present study goes a step further by “examining all household activity and energy use”, which they call ‘consumption’. The study compares direct air pollutant emissions through activities such as solid fuel use for cooking and heating and kerosene lighting, and indirect emissions through food and food waste, clothing, transport and electricity.

This “double burden” on the poorest makes them at least nine times more likely to die from air pollution, compared with the richest, “when each income group’s relative contribution to air pollution is taken into account”.

To drive this point home, the study says that in a scenario where all solid fuel cooking emissions disappear, for the poorest group, the health risks from the high-income group’s indirect emissions are still more harmful than the risks they face due to solid fuel use in their households.

However, the paper suggests a “slightly counterintuitive way forward”. It says though end-of-pipe pollution controls (cleaning up the air before effluent enters the environment) would reduce the inequality of exposure to household consumption emissions dramatically, it may not have a telling effect on reducing deaths among the poorest group.

To do that, all household solid fuel combustion should be replaced with affordable and accessible cleaner energy – such as liquefied petroleum gas or electricity – for cooking. “This is because direct exposure to high concentrations of household cooking emissions is so much more harmful than exposure to cooking smoke dispersed in ambient air,” the paper says. If cleaner energy is used, deaths could be reduced by eight times more than implementing end-of-pipe technologies.

The authors leave room for future studies to explore whether “high levels of black carbon and precursors for secondary organic aerosols”, emitted during household solid fuel burning, are more hazardous to human health than other components in PM2. If this is the case, the health hazards posed by household air pollution may be even greater than previous estimates and thereby, widening the disproportionate impact on the poor from air-pollution-related ill health.

Though several studies have highlighted the risks associated with air pollution, the BJP-led Union government in December 2019 said that there is “no conclusive data” to establish a direct connection of deaths or diseases exclusively due to air pollution. Responding to a question in parliament about a Lancet report which said more than 5 lakh people died in India due to air pollution in 2016, then minister of state for environment Babul Supriyo denied the existence of any direct connection.