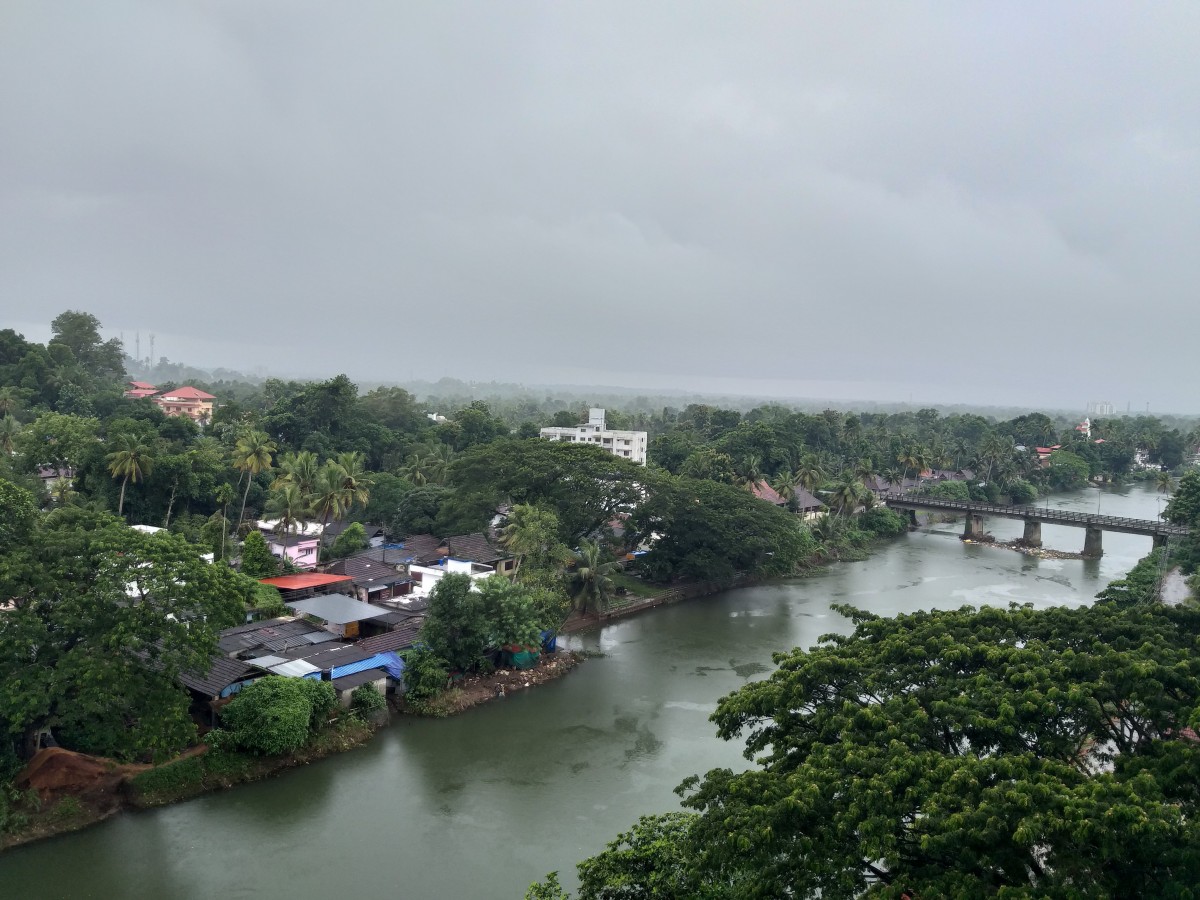 Kerala Shows the Risk of Severe Floods Is Still Evolving

The 2018 and 2019 floods in Kerala and other parts of the country should teach us how a climatic phenomenon can rapidly devolve into a major disaster. Experts have attributed the recurring floods to changes in the pattern and intensity of rainfall, but their effects have been amplified by human factors, most importantly the unscientific use of land – a limited commodity in Kerala, as everywhere.

Over the last several decades, the increasing population density has precipitated pronounced environmental changes in Kerala. People have altered much of its landscape beyond recognition. Dams built for irrigation and hydroelectricity have damaged rivers, which provide vital ecosystem services, including drinking water, habitat, biodiversity and attenuation of downstream water, sediments and nutrients.

The understanding of a river as a dynamic, nonlinear ecosystem is generally at odds with societal expectations.

Officials have paid little attention to long-term environmental protection programmes even as they have sanctioned an onslaught on Kerala’s natural systems. Madhav Gadgil, a renowned ecologist, and his team investigated environmental conditions in the Western Ghats and submitted a report in 2011 recommending the entire region be declared “ecologically sensitive”, and mining, quarrying and the construction of dams be banned.

But the Government of Kerala didn’t accept the report and missed a historical opportunity to commit to protecting the environment, which would have earned it larger dividends and global recognition. Today, unchecked ‘development’ – a word that has come to mean the opposite of itself – has altered the faces of Kerala’s mountains, once regarded as the hallmarks of the state’s beauty. Construction activities have accelerated and quarrying has destabilised the slopes. It is no longer a mystery why some parts of the state are as landslide-prone as they are.

Also read: A ‘Normal’ Monsoon With Droughts and Floods?

One of the principal causes is the exponential growth of real estate. Agriculture contributed to 60% of Kerala’s economy but makes up only 10% today. The demand for more buildings encouraged miners to dig up and transport more river sand. Builders also reclaimed wetlands for construction. Kerala eventually went from being the state known for its biodiversity to being a large metropolis divorced from nature.

Forest- and coastal dwelling people have been most affected by this transformation. The Adivasi are now being pushed to the edge, with inadequate resources to sustain their traditional farm-based economies. The government’s schemes for their welfare have all failed.

In the post-flood context, we also hear a lot about rebuilding Kerala – but almost nothing about what developmental model the state should aspire to, particularly with climate change in the picture. Although Kerala on its own cannot mitigate climate change, it can do a lot to reduce its local impact. The state must think seriously about how its water bodies can be saved from further encroachment and pollution. For example, wetlands store carbon, so the state can use them to help reduce the amount of the greenhouse gas in the atmosphere.

Indeed, it is important that authorities rely on scientific data when allocating land for various purposes, especially in the hilly districts of Idukki and Wayanad. They should pay particular attention to the properties of the soil and slope stability, and restrict machine-mediated quarrying. Second, the government should prepare a blueprint with the basic tenets of land zonation, demarcating areas suitable for habituation and those to be left untouched. In fact, this should be part of a larger land utilisation strategy based on a clear environmental vision and which should be used to minimise encroachment. Finally, these policies should have unambiguous guidelines for construction, including recommended design of houses to match the local landscape.

Next, the scientific approach should extend to the state’s conservation efforts as well. That a lot of the recent controversies and scandals in the state have centred on the legality of settlements in hilly regions itself belies how serious the problem is. Kerala’s political parties have let themselves be manipulated by various business interests, including to reject the Gadgil committee’s recommendations. If the report had been accepted instead, it would also have empowered local bodies and panchayats to curb corruption and nepotism to a great extent.

Finally, because floods could recur, the state will have to develop more efficient warning and alert systems. Despite being home to multiple government-funded scientific institutes, the state does not appear to have proper flood maps to use to issue more helpful alerts. It is also worrying that the state isn’t collected much data during and after floods either to get a better sense of what exactly went wrong. It is important that government agencies generate flood maps for all river basins in their states and keep updating them, to help improve flood-risk literacy.

In the backdrop of human-induced changes to the land and the air, floods are likely to recur more frequently. As geologists Daniel Parsons and Christopher Skinner wrote in The Conversation on August 22, “One of the most striking things from the videos and images emerging from the area is the brown colour of the flood waters and the extreme damage caused by landslides. Our recent research has shown that geomorphology … is sensitive to rainfall intensity, so more frequent and more extreme floods mean more rapid changes across our landscapes.”

When the flood occurred in 2018, the people as well as journalists tended to describe it as “the worst in 100 years”. This may not be a suitable descriptor of flood risk: it fails to communicate newly discovered uncertainties inherent in the changing climate, as well as shifting rainfall patterns.

Our natural environment is our most precious inheritance. We need to commit to safeguarding them for the benefit of future generations. Our success in this regard will depend on how well we maintain clean air and water for ourselves as well as for plants and animals. To do this, we will have to learn how to use our land sustainably. We must use the post-flood period as an opportunity to evolve an environmental plan for the next 25 years enumerating a long-term approach to land and resource use, soil degradation, waste recycling and minimisation, flood/drought management, etc.

Ultimately our success will be determined by how we manage our limited resources for the welfare of the people without sacrificing environmental sustainability. The time has come for Kerala as well as country to shift its idea of development from one that justifies the loss of forests, rivers, land and livelihoods in the name of GDP.

Robert Kennedy once said that GDP statistics don’t reflect the beauty of our poetry or the strength of our marriages, the intelligence of our public debate or the integrity of our public officials… it measures everything in short, except that which makes life worthwhile”.