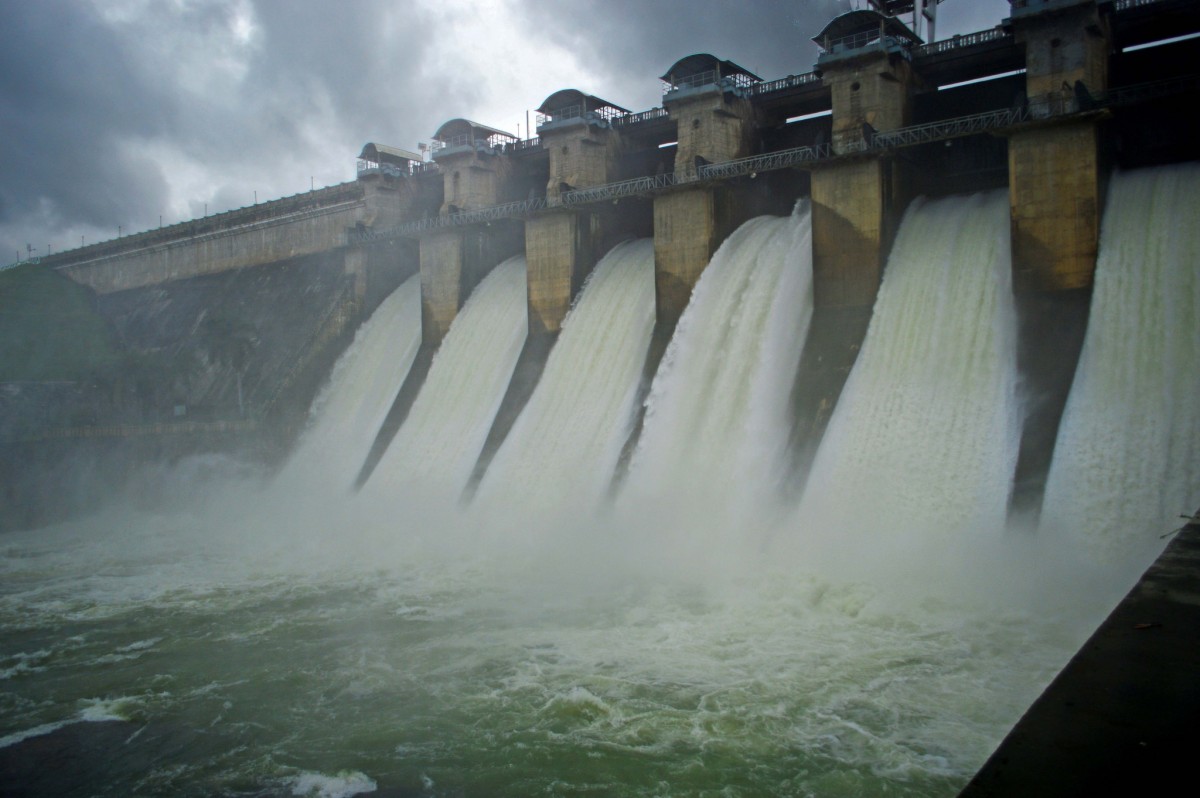 India Accounts for a Fifth of Global Deaths From Floods

Irrigation projects have larger developmental functions beyond storing water. Dams are built on sacrifices by thousands, if lakhs, of families. Many villages that are submerged are forcefully relocated to places separated from their lands and community and social institutions. Disadvantaged, vulnerable groups are forced to sacrifice their livelihoods and homes to ensure the economic prosperity of people they hardly know (or approve of). And over the years, many dams have failed to deliver according to expectations. Unlike in the past, dams are no longer protection against floods and submergence, and no longer promise a better quality of life.

The Cauvery, Tungabhadra, Krishna, Pamba, Bharatapuzha and other rivers in India’s south are already seeing heavy water flow as early as July itself, whereas the southwest monsoon is only just beginning and continuous rains have been received for less than a week. The sight of water gushing out of the crest gates of most reservoirs is worrisome because only a fraction of the annual rainfall has been received. Any new inflow is likely to only be squandered. Assuming that the project designs were correct at the time these dams were constructed, this sudden filling-up of water is due to changes that have happened after.

Specifically, three things that could have altered are:

In fact, it is quite likely all three factors are in play, thus drastically altering overall dam performance. This ‘rapid inflow syndrome’ scenario, whereby dams fill quickly and then also deplete quickly, is a problem that engineers and planners have not addressed for long.

Governments need to be pressured fix this wrong before embarking on new projects. This is the right time to address deviations from original design and so halt the large decline in performance commonly seen in dams, or it’s likely many of the structures will only function as archaeological monuments within a few decades.

The hydrological characteristics of a river system are altered when a dam is built along the river’s course. The river is forced to rework its way out of the changes imposed by the dam and build a new course with stable flood banks. The process takes a decade or more. However, in this time, planners have been known to add yet another dam on the same river, creating more instability and eventually causing flash floods followed by the river drying up in sequence every year.

The connection between human and river is slowly getting erased as rivers have stopped flowing; when they flow, there are only floods. Even spiritual connection was founded on flowing, not stagnant, water, and this has been endangered by bad dam design and operation strategies. It is important to always maintain minimum environmental flow and dams were designed and erected with this requirement in mind. However, something has gone terribly wrong over the years, which can only be traced to serious shortcomings in upkeep and maintenance.

As more reservoirs brim ahead of time, have reduced storage volume, lack environmental flows and stand amidst recurring bouts of water scarcity, it is time for a systematic evaluation of catchment performance, reservoir sedimentation and risk. In a railways operation, the railway station is only a small part of the investment, and it is the railway lines running across the country that are treated as the core element. In the same way, dams are just storage reservoirs while the watershed catchments are the railway lines that have been utterly neglected. The focus was shifted onto steel, cement and machinery as investments and vested interests came to the fore, at the cost of paying attention to the engineering aspects of the dam.

Competitive politics between states, regions and governments has caused all river basins to oversaturate, with various reservoir designs creating impediments to natural flow. Environmental, hydrological, economic, social and livelihood considerations have become compromised as new projects are implemented. The absence of environmental flows into the sea has invited saline waters further inland in several towns along India’s coast. Water as a state subject no longer appears to have a hydrology component. Without hydrology, it is only a matter of time before we’re inflicting irreparable damage upon basins. Central agencies are also to blame for this mega-fiasco, have failed to act as a repository of knowledge and to provide guidance.

Existing dams should be restored to their optimum performance and as a matter of high priority before new structures are built. There are many technologies that can easily assess the sedimentation status, nature of catchments and operational efficiencies of the structure. While some sediments can be flushed out, most of it will have to be dredged. Removing sediments is not easy because they have to go back to their place of origin. Dense foliage and vegetative cover in the catchment areas should be protected – or established, if necessary. A fully protected catchment will intercept and store a huge volume of rainfall, moderate floods and prevent silt from entering the reservoir.

Keeping the timeframe in which rivers achieve equilibrium in mind, a 10-year moratorium should be declared on new projects in the area following the start of an older one. In the case of high-risk projects, where the reservoir can’t be restored to optimum performance, it has to be demolished and the river freed from its bondage.

These are certainly drastic measures but if we don’t take them, our future generations are going to be burdened with maintaining infrastructure that has very little functional relevance. Dishonesty, dams and disasters feed on each other, leading to more constructions that damage river systems further, and place the lives and livelihoods of the poor at risk. All together, the trio perpetrates environmental fraud, and sub-par reservoirs need to addressed as such so that those who preserve them in that state can be severely punished.

Many countries in Europe that are sensitive to environmental hazards linked to dams have already started removing them to prepare for climate-change-driven storms and hotter summers. The US, whose dam designs Indian engineers follow in religious fashion, has already halted major projects and is following a global trend of removing unnecessary dams so as to restore full hydrological function.