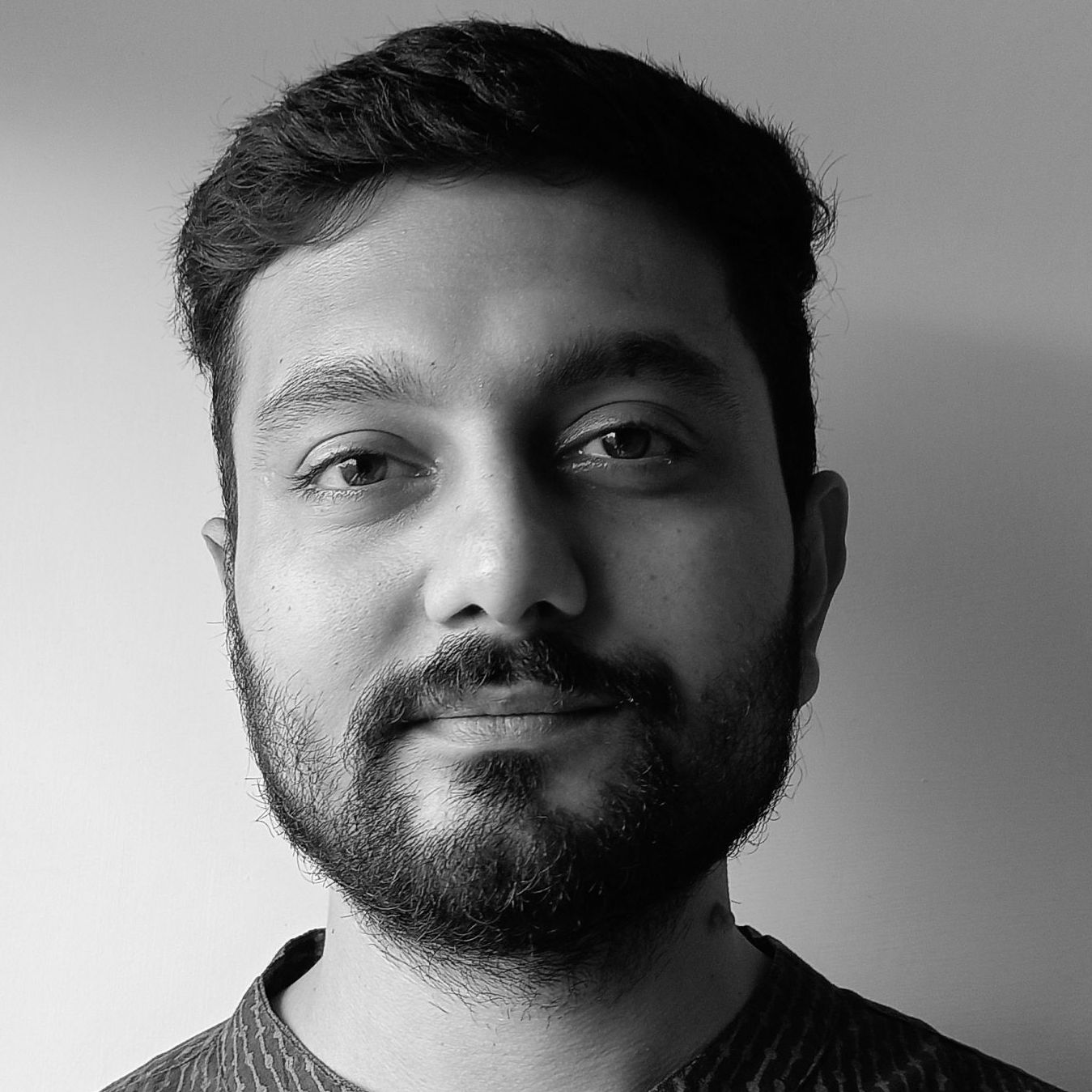 A man transports goods on his cycle cart near the parliament on a smoggy morning in New Delhi, India, November 10, 2020. Photo: Reuters/Danish Siddiqui

Almost 40 years ago, India passed a law to control air pollution. However, as northern India suffers another air pollution emergency, it is yet another year of reckoning for the law that is all but forgotten.

The Air (Prevention and Control of Pollution) Act, 1981, aims to enable the “preservation of the quality of air and control of air pollution.” It was enacted to fulfil India’s commitments at the 1972 United Nations environment conference. The law gave sweeping powers to state and central governments to take action to improve air quality, enforce pollution control measures, shut down errant industries, and send polluters to jail.

Over the years, however, the law has seen a decline in its relevance, even as Indian cities climbed to top positions in global air pollution assessments, the latest being the State of Global Air 2020. Almost zero cases have been filed under the Air Act from northern Indian states in recent years, even though they face the worst pollution every winter. Even the Supreme Court and governments have ignored the law; measures like the Graded Response Action Plan or the Odd-Even scheme rely on other laws or regulations, some of which have nothing to do with the environment.

The law is commonly described as “toothless”. As pollution spikes in the winter season, parliamentarians, lawyers or activists demand amendments to it or to replace it with a new law, usually to add powers of enforcement. This year, it was the Solicitor General of India’s turn to make a similar promise. On 28 October the government of India enacted the Commission for Air Quality Management in National Capital Region and Adjoining Areas Ordinance, 2020 to set up a panel to coordinate the air pollution response between state governments of Delhi, Haryana, Punjab, Rajasthan, and Uttar Pradesh.

“If you have good bureaucracy they can actually implement even without law. We are unnecessarily focusing on new laws but we are not focusing on a new bureaucracy with a different attitude towards governance,” said Sairam Bhat., who is professor of law at the National Law School of India University, told Mongabay-India.

Also read: Why Isn’t Science Part of the Fight Against Air Pollution in India?

Experts note that beyond the lack of powers there is an ignored need to bring the Air Act up to date with modern sources of pollution. And though the Air Act may be old, it certainly has a few sharp teeth left if the government is willing to bite.

The Air Act came about during the heyday of environmental rule-making in India, when the Centre – first under Indira Gandhi and then her son Rajiv Gandhi – passed the Wildlife (Protection) Act, 1972, Water (Prevention and Control of Pollution) Act, 1974, Forest (Conservation) Act, 1980 and the Environment (Protection) Act, 1986. It was passed to comply with promises made at the landmark UN Conference on the Human Environment held in Stockholm in 1972 where Indira Gandhi had delivered a celebrated speech connecting poverty with pollution.

The Water Act of 1974 was India’s first pollution control law, and it had created monitoring agencies in the states and at the centre. The Air Act converted these into Pollution Control Boards with a wide range of powers over industrial activities including the power to conduct search and seizure operations and take samples. They can also order a factory to stop operating or cut its electricity and water connections.

For instance, no industry can be set up without permission from these boards. Industries need separate permission to start operations, and another for every time there is a change to the production process. Every permission contains instructions to install pollution control devices, put up pollution monitors, display latest pollution levels on a notice board, etc.

The pollution control boards can also file criminal cases against factory owners or employees who may end up spending up to seven years in jail for causing air or water pollution.

“The law applies to industries and other point sources of pollution that may not require environment clearance under the EIA Notification, such as small and medium enterprises,” Shibani Ghosh, an environmental lawyer and fellow at the Centre for Policy Research who has authored a note on the liability framework in the Act, told Mongabay-India. “In that sense, the regulatory reach of the Air Act is wider (than other environmental laws like the EIA Notification),” Ghosh said.

Many sources of pollution not covered

For example, a study by the Indian Institute of Technology, Kanpur in 2015 said that dust was probably the biggest polluter.

When the law was framed and passed in 1981, these were just not areas of concern, Ghosh said, and the Act has not been amended to respond to the evolving ground realities.

The law has also not kept up with new ways of measuring air pollution. For example, every ‘red’ category factory – which has the highest potential for pollution – is required to install an internet-connected emissions monitoring system. The data goes straight to the pollution control board but the data itself does not qualify as legal evidence under the Air Act.

The law still requires samples to be physically collected by officials and analysed in an accredited laboratory. So even if the emissions system shows excessive emissions, the board cannot use it as evidence to file a case against the factory.

These add to the difficulties already faced in gathering air evidence. “If there is an effluent flowing in the water, one can show it. But air is difficult – you cannot trap air in a container and produce it as evidence,” said Sairam Bhat.

In the last few years, just a few dozen cases were filed across India under the Act, according to annual crime data published by the National Crime Records Bureau. Most of these cases were from a single state. States like Delhi registered zero cases. Since 2017, the NCRB has combined data of the Air and Water Acts making it hard to make sense of the numbers, such as a nine-fold spike in 2019.

It’s not just the lack of cases. Both courts and governments have also not relied on the law to regulate air pollution. For instance, the Bharat Stage-VI engine standards and Pollution-Under-Control (PUC) certificates to vehicles are under the Motor Vehicles Act. Waste burning rules are issued under the Environment (Protection) Act; the same Act has been the basis of court judgements on issues of air pollution.

In 2014, the T.S.R. Subramaniam committee set up by the environment ministry to evaluate environmental laws said that the Air Act should be repealed and its provisions subsumed under the Environment (Protection) Act.

In 2015, the ruling Bharatiya Janata Party’s Feroze Varun Gandhi tabled a Bill to amend the Air Act in order to bring uniform emission standards for four-wheelers across the country. In 2018, the Biju Janata Dal’s Prabhas Kumar Singh tabled another Bill to make it compulsory to have air quality monitoring stations in towns with a population over 100,000 and in areas notified as mining or industrial towns. Both the bills lapsed.

In November 2019, Congress MP Gaurav Gogoi promised to bring another bill with more wide-ranging changes to the Air Act, such as greater powers to the Central Pollution Control Board and involvement of the prime minister’s office in meetings. Gogoi, however, did not introduce the Bill.

However, the inadequacies in the law also hide the fact that many of its provisions have not been used. In 2016, the Centre for Science and Environment published a study of air pollution laws that found that the Air Act and the Environment (Protection) Act were “more than adequate” to improve air quality. Citing opinion from law firm Luthra & Luthra and B. Sengupta, a former member-secretary of the CPCB, the note said that the Air Act could be interpreted to control stubble burning and vehicular emissions.

The study found that often state boards ignored directions issued by the central board, and many state boards have not even prepared clean air action plans.

Central board’s current member-secretary Prashant Gargava, who is an expert on air pollution control, did not respond to requests for an interview.

“Every generation wants a new aspirational law,” said Sairam Bhat of NLSIU. “But there is nothing substantial to suggest that the current legislation is inadequate. The point is about enforcement,” he said.

The Wire Science@TheWireScience
3 Following 14.7K Followers
Wildlife research projects, especially those focused on estimating the abundance of large mammals, are time- and re… https://t.co/vsJhPMpY8C
6 hours ago
After 172 years, when the black-browed babbler was sighted ornithologists were shocked. They hope to conduct resea… https://t.co/T5lcrM00FE
7 hours ago
1 1
Despite the continuing threat from the COVID-19 pandemic, the central and state governments estimate up to a millio… https://t.co/cVAeriMNLI
8 hours ago
1 2
India said on Friday it will let people choose their coronavirus vaccination centres when the campaign expands next… https://t.co/geVKyaC6zW
9 hours ago
1
"“Delhi’s water consumption in the summer has increased. Even then, the central government is going to stop the wat… https://t.co/wSkrkve3fi
10 hours ago
1
While the use of modern scientific methods to prove claims by alternative systems of medicine is impressive, it is… https://t.co/wVE2Cvd4xs
11 hours ago
1 2
Though the probability of human to human transmission of avian influenza is low, chances cannot be entirely ruled o… https://t.co/ueqE4R864x
12 hours ago
1
Thousands of COVID-19 patients continue to suffer serious, debilitating and lingering symptoms many months after th… https://t.co/w6Jn599SlU
13 hours ago
1 1
Shark finning and shark fin exports are banned in India, but there are no restrictions on consuming shark meat, exc… https://t.co/JhaNPfPE1X
1 day ago
1 1
Raghav Chadha, vice-chairman, of the Delhi Jal Board told ANI that Delhi will face a water crisis if the Centre clo… https://t.co/OInstXv8My
1 day ago
1 1
The global spread of intestinal multidrug resistant gram-negative (MDR-GN) bacteria poses a serious threat to human… https://t.co/iAeNyl6Phs
1 day ago
1
In Patanjali's Coronil study, the average age in the treatment group and placebo group was 33 yrs and 35 yrs, respe… https://t.co/8hIgWdeHDA
1 day ago
3 8
Delhi is on the verge of an imminent water crisis this summer with a possible closing of the Nangal Hydel channel. https://t.co/kE8yGcPYCt
1 day ago
1
In 2016, India was declared the second largest shark fishing nation in the world. Supriya Vohra writes. https://t.co/VGUty7WN5c
1 day ago
1
India has provided 361.94 lakh doses of anti-coronavirus vaccines to various countries, out of which 67.5 lakh dose… https://t.co/h4pQguMSBh
1 day ago
3
Contact us