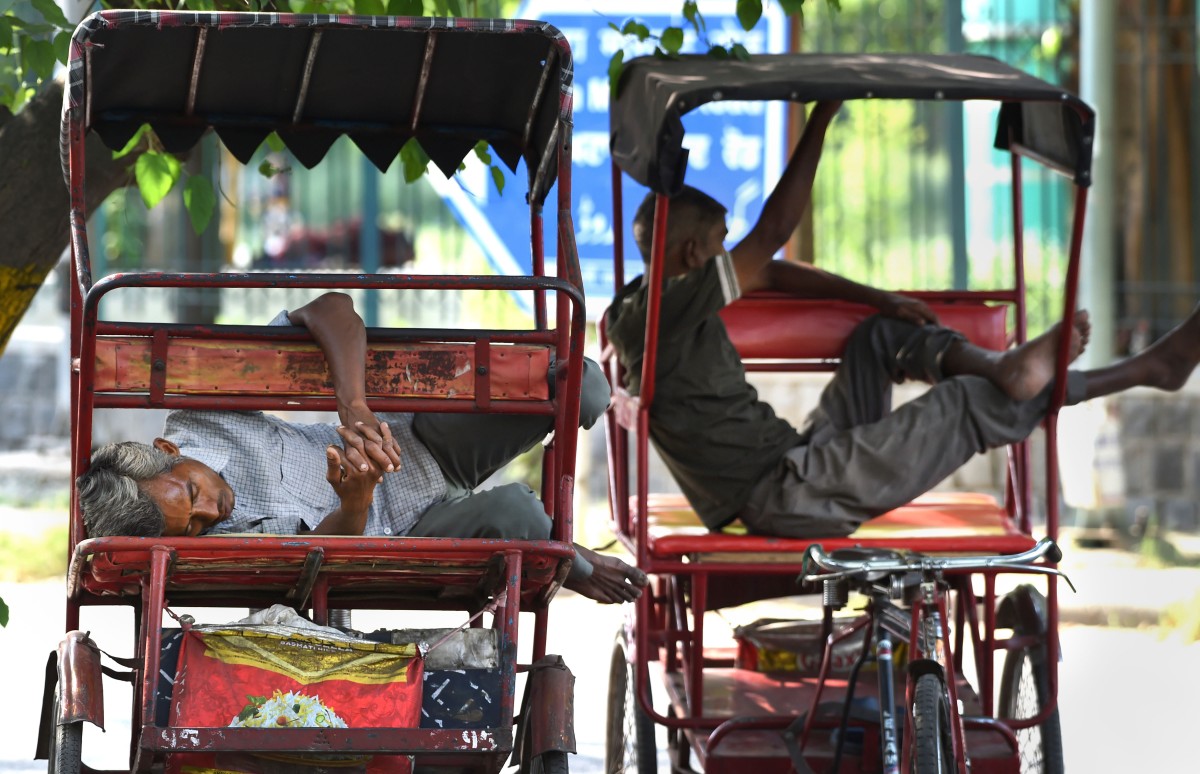 New Delhi: Northwest and central India recorded the highest average maximum temperatures in April since 1900 as there would be no respite for the region in May, the weather office said on Saturday.

Releasing the monthly outlook for temperature and rainfall for May, India Meteorological Department director general Mrutyunjay Mohapatra said most parts of the country, barring parts of southern peninsular India, were likely to experience warmer nights in May.

The northwest region had previously recorded an average maximum temperature of 35.4º C in April 2010, while the previous record for the central region was 37.75º C in 1973.

“Most parts of northwest India – J&K, Himachal, Punjab, Haryana, Rajasthan, Gujarat – are expected to experience above normal temperatures in May,” Mohapatra said.

“The average rainfall in May 2022 over the country is most likely to be above normal,” Mohapatra said.

However, parts of northwest and northeast India as well as the extreme southeast Peninsula are expected to get below normal rainfall in May, Mohapatra said.

Mohapatra also did not rule out parts of western Rajasthan reporting temperatures more than 50º C “I cannot make that forecast, but it is climatologically possible as May is the hottest month,” Mohapatra said to questions on whether temperatures would top 50º C this summer season.

On Saturday, Banda in Uttar Pradesh had recorded a high of 47.4º C, the highest in the country.

According to Mohapatra, average temperatures observed pan-India for April was 35.05º C, which was the fourth highest since 1900, when the weather office started keeping weather data.

The high temperatures in March and April were attributed to “continuously scanty rainfall activity”, he said.

In March, northwest India recorded a deficit in rainfall of around 89%, while the deficit was nearly 83% in April, mainly on account of feeble and dry western disturbances, Mohapatra said.

The minimum temperature in Delhi settled at 25.8º C, a degree above the season’s average, on Sunday as the national capital continued to reel under heatwave conditions, the IMD said.

According to the IMD, the maximum temperature in the national capital is expected to touch 43º C on Sunday.

Relative humidity was recorded at 61%.

The weatherman has forecast partly cloudy sky with the possibility of thunder development and heatwave conditions at isolated places.

The national capital experienced three prolonged heatwaves this month in the absence of periodic light rainfall and thundershowers which typify this time of the year due to lack of active western disturbances.

A 68-year-old man has died of heatstroke in Nashik city of Maharashtra, police officials said on Friday as parts of the state continued to reel under extremely hot weather conditions with mercury soaring to 46.4º C in Chandrapur district, the highest in the state.

The deceased, Mohan Chandmal Varma, a resident of Nashik Road, had gone out to meet an acquaintance on Thursday afternoon in the Makhamalabad area of the city when he suddenly fell unconscious, they said.

The senior citizen was taken to a nearby private hospital, where he died during treatment, the officials said. The cause of death was heatstroke, they said.

Nashik city recorded a maximum temperature of 41.1º C on Thursday.

Chandrapur in eastern Maharashtra on Saturday recorded a maximum temperature of 46.6º C which was highest in the state during the day, an official of the India Meteorological Department (IMD) said here.

Extreme heat parched large swathes of South Asia this week after India‘s hottest March on record, prompting Prime Minister Narendra Modi to warn of rising fire risks as the country heats up too much too soon.

In the northwest, Rajasthan has scheduled four hours of power cuts for factories, making it at least the third state to disrupt industrial activity to manage surging power demand.

“In view of the present power crisis, .. it has been decided to impose scheduled cuts,” a state utility said.

Industrial disruption and widespread power cuts are bad news for corporate India, as economic activity has just started to pick up after months of stagnation amid coronavirus lockdowns.

Power cuts are expected to worsen in the coming days as the heatwaves and a pickup in economic activity are seen increasing electricity demand at the fastest pace in nearly four decades.

The unprecedented heat puts millions of blue-collar workers, including construction and farm labourers and those working on factory shop floors, at great risk. Sunstrokes have claimed thousands of Indian lives over the years.

“Most of India‘s population is rural, without access to air conditioning and cooling stations,” said Arpita Mondal, hydroclimatologist at the Indian Institute of Technology, Mumbai.

Daily wage earners and those in urban slums are among the most vulnerable to heat, according to the Intergovernmental Panel on Climate Change, since cities tend to be warmer than rural areas due to the heat trapping effect of buildings and other factors.

In addition to power cuts for factories, Rajasthan imposed four-hour power cuts for rural regions, exposing thousands of families in the desert state to extreme temperatures.

The leap in power demand has left India scrambling for coal, the dominant fuel used in electricity generation in the country. Coal inventories are at the lowest pre-summer levels in at least nine years.

Peak-power demand in India surged to a record high on Thursday, and is seen rising by as much as 8% next month, the power ministry said. India‘s weather office has warned of hotter weather in the coming days.

A shortage of trains to transport coal is exacerbating a fuel supply crisis. India‘s power secretary said this week that train availability was 6% lower than required.

Electricity supply fell short of demand by 1.88 billion units, or 1.6%, during the first 27 days of April, the worst monthly shortfall in over six years, according to a Reuters analysis of data from the federal grid regulator POSOCO.

Power cuts in five states, including Rajasthan and Haryana in the north and Andhra Pradesh in the south, were the worst in over six years, the data POSOCO showed.

With power cuts showing an increasing trend, April shortages could exceed the large cuts implemented in January 2016 during a previous shortfall in power supply.

India last faced a big power crisis in October but the situation this month is far more widespread, with more than half of the country facing more power cuts than in October.