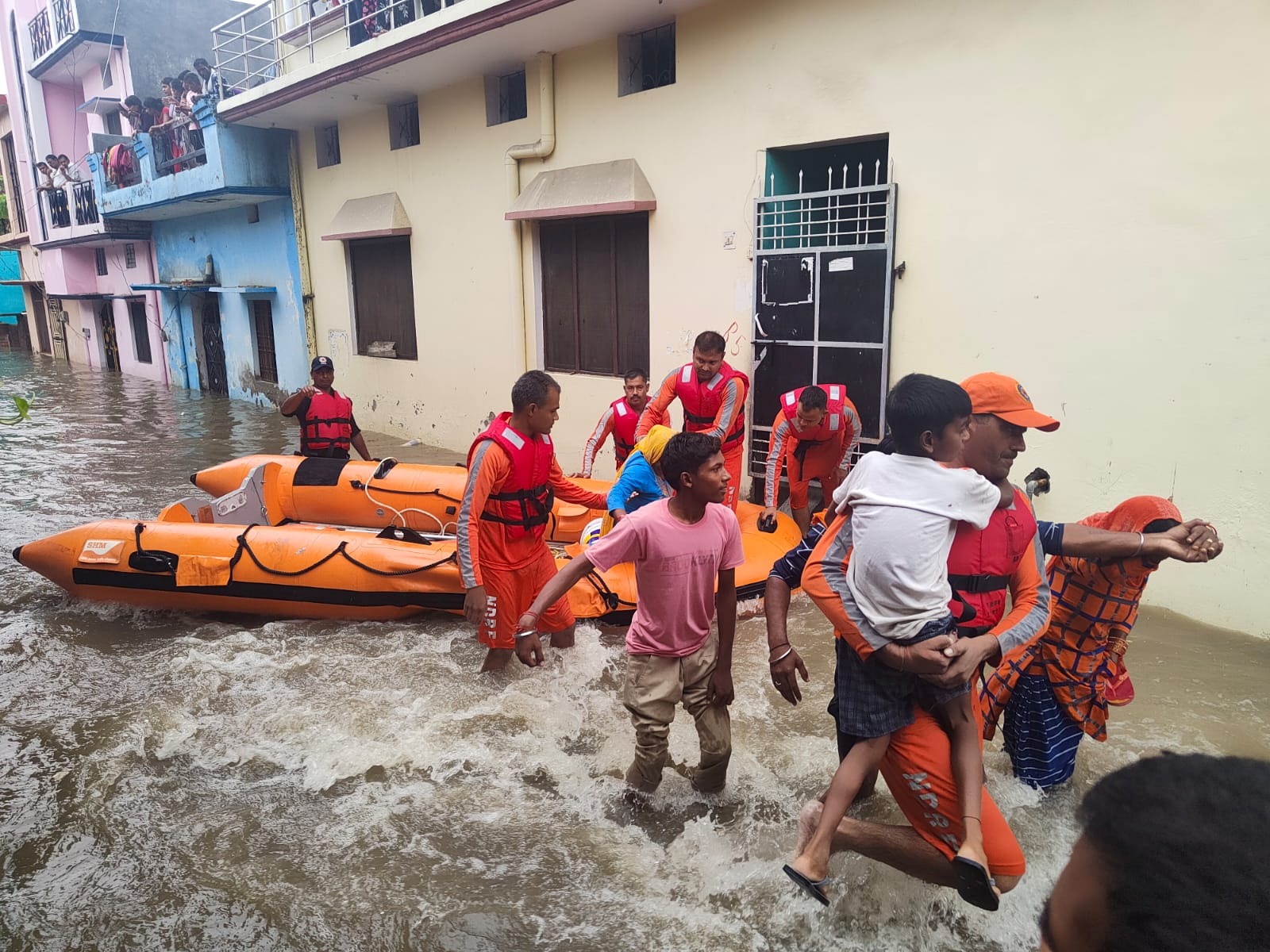 New Delhi: Uttarakhand reported at least 42 rain-related deaths on Tuesday with many people still trapped under the rubble after landslides. While Uttar Pradesh witnessed four fatalities, heavy downpour in Kerala filled several dams to the brim and multiple districts were on alert.

In view of the incessant rains, Uttarakhand Chief Minister Pushkar Singh Dhami reiterated his appeal to Chardham yatris to stay where they are and not to resume their journeys before the weather has improved.

With 42 new fatalities in the Kumaon region, the death toll in the disaster has risen to 47 as five deaths were reported on Monday.

“Of the 42 fresh deaths, 28 people were killed in Nainital district, six each in Almora and Champawat and one each in Pithoragarh and Udham Singh Nagar districts,” the official said.

“The connectivity to Nainital was restored in the evening after hours of struggle amid inclement weather,” officials said.

Chief Minister Dhami undertook an aerial survey of the rain-hit areas and later interacted with the affected people on ground zero to make an assessment of the damages caused.

He announced a compensation of Rs 4 lakh each to the next of kin of those killed in rain-related incidents across the state over the last two days.

Director General of Uttarakhand Police Ashok Kumar, who accompanied Chief Minister Dhami on a visit to the rain-hit areas of the Kumaon region, said roads, bridges and railway tracks have been damaged in Kathgodam and Lalkuan in Nainital and Rudrapur in Udham Singh Nagar.

It will take at least four-five days to repair the damaged tracks, Kumar told PTI.

“Three Indian Air Force (IAF) helicopters have arrived in the state and are assisting in relief and rescue operations. Two of them have been deployed in Nainital district, which has suffered extensive damage due to cloudbursts and landslides,” Dhami said.

According to a rough estimate, around 100 pilgrims from different parts of Gujarat who had gone to Uttarakhand for the Chardham Yatra were stranded following heavy rains and landslides, Gujarat Revenue Minister Rajendra Trivedi said.

“The National Disaster Response Force (NDRF) has rescued over 300 people from flood-affected areas of Uttarakhand,” the Federal Force said on Tuesday.

The NDRF has deployed 15 teams in the state.

Rainfall was reported from other parts of the country as well including Bihar, West Bengal, Odisha, Madhya Pradesh, Tamil Nadu, according to the Indian Metrological Department (IMD), which forecast an intense spell of rain over east and northeast till Wednesday, and south peninsular region during the next four-five days.

Authorities in the national capital said Prof Joginder Singh Marg in the western part of the city had been closed after the road caved in.

A 35-year-old woman and her mother-in-law died in Uttar Pradesh’s Fathepur after a wall of their house collapsed following heavy rains.

In Bareilly, also in UP, two labourers died of electrocution in Bisalpur road after coming in contact with a solar panel following heavy rains, police said.

In West Bengal, the Met department said heavy rainfall is very likely to continue till Thursday morning even as the low-pressure system that developed over the Gangetic Basin in the southern part of the state moved to Bihar, parts of which received heavy rains during the day.

The weatherman warned of extremely heavy rainfall over Darjeeling, Kalimpong and Alipurduar till Wednesday morning and downpour till Thursday over all sub-Himalayan districts.

The IMD forecast more rain on Wednesday in Odisha, which has already been battered by low-pressure area-induced downpour for the last three days. Fishermen were advised not to venture into the Bay of Bengal for the next 48 hours.

Down south in Kerala, after a relative respite of two days, the IMD Tuesday issued an Orange Alert for 11 districts of Kerala indicating heavy rainfall. The weatherman has also put 12 districts in the state on Orange alert on Thursday.

An ‘orange alert’ has also been issued for all districts other than Kannur and Kasaragod on October 21.

Idukki, Idamalayar, Pamba and Kakki, four major dams among the total 78 dams in the state have been opened to release the excess water.

Shutters of Cheruthoni dam, part of the Idukki reservoir in Kerala, were opened on Tuesday to create more storage capacity in anticipation of the heavy rainfall predicted in its catchment area over the next two days.

Various district administrations have issued alerts to the people living downstream and shifted them to relief camps set up in the state.

The IMD said a low-pressure area lies over Bihar and neighbourhood. Also due to strong southerly/southeasterly winds from Bay of Bengal, a heavy spell of rainfall activity is very likely to continue over east and northeast India till October 20.