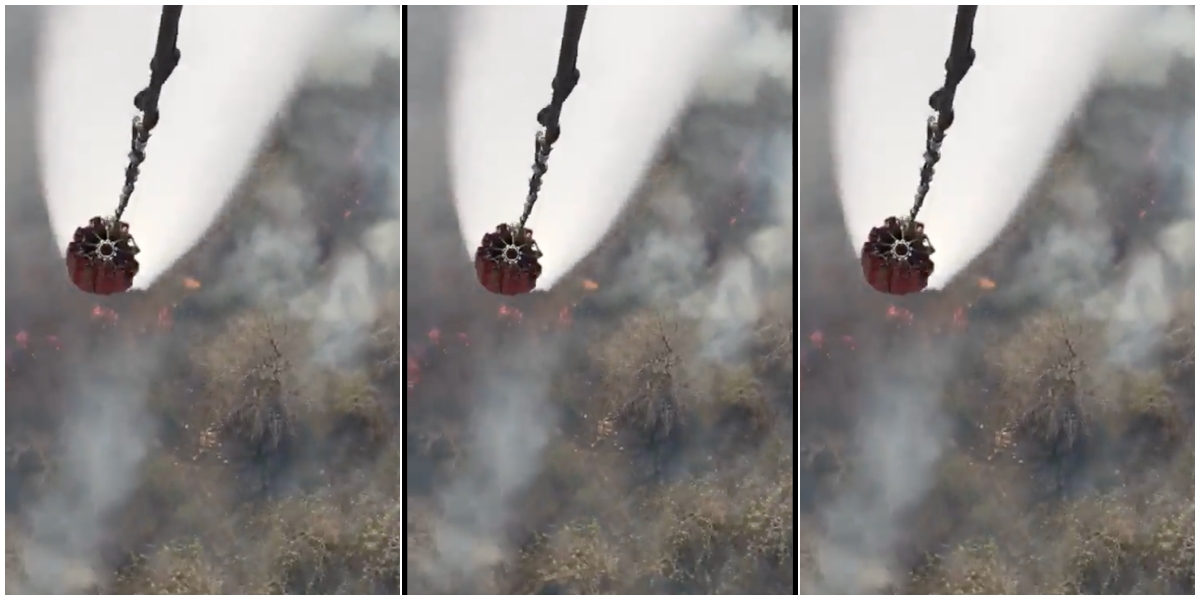 Jaipur: Forest officials on Tuesday called in the Indian Air Force (IAF) to help douse a massive forest fire in Rajasthan’s Sariska Tiger Reserve that has spread over an area of ten square kilometres.

The cause of the blaze, which started on Sunday evening in the protected forest area in the Alwar district has not yet been ascertained, officials told news agency PTI.

Officials said that the fire had first started on Sunday evening and was brought under control on Monday morning. A few hours later in the evening, the forest fire flared again and was continuing till Tuesday evening.

Tiger movement in the area has been affected by the fire, according to forest officials. However, no tiger is stuck in the affected area and the movement of all 27 tigers in the reserve is being monitored, they said. The statement came amid concerns that the fire has engulfed area that is part of the territory of tigress ST-17, which recently gave birth to two cubs.

Around 150-200 people, including the forest staff, are engaged in efforts to control the fire. Two helicopters from the IAF have also been called in to douse the blaze.

At the behest of Alwar Dist admin to help control the spread of fire over large areas of #SariskaTigerReserve, @IAF_MCC has deployed two Mi 17 V5 heptrs to undertake #BambiBucket ops.

“Villagers residing in the periphery of the fire-affected area have been asked to move to safety,” the official said.

Sariska Field Director R.N. Meena said the forest staff, nature guides and local people are engaged in efforts to control the fire but they are facing difficulties due to the hilly terrain.

The fire on hills has been partially controlled, Meena added.

“The area under fire is at a height due to which there are difficulties in firefighting,” he said. The officer said that the fire is spreading due to dry grassland and bamboo trees.

Sunil Mehta a member of the Rajasthan State Board for Wildlife told the Times of India that he had warned the forest officials in mid-February to take precautionary measures against forest fires ahead of the summer. The dry and deciduous nature of the forest was prone to fires and officials should create fire lines and fire routes, he had suggested. “If they had paid heed to what I had written, the forest fire in Sariska for the past two days could have been well contained,” Mehta told the newspaper.

Note: This is a developing story. Details will be added as they become available.