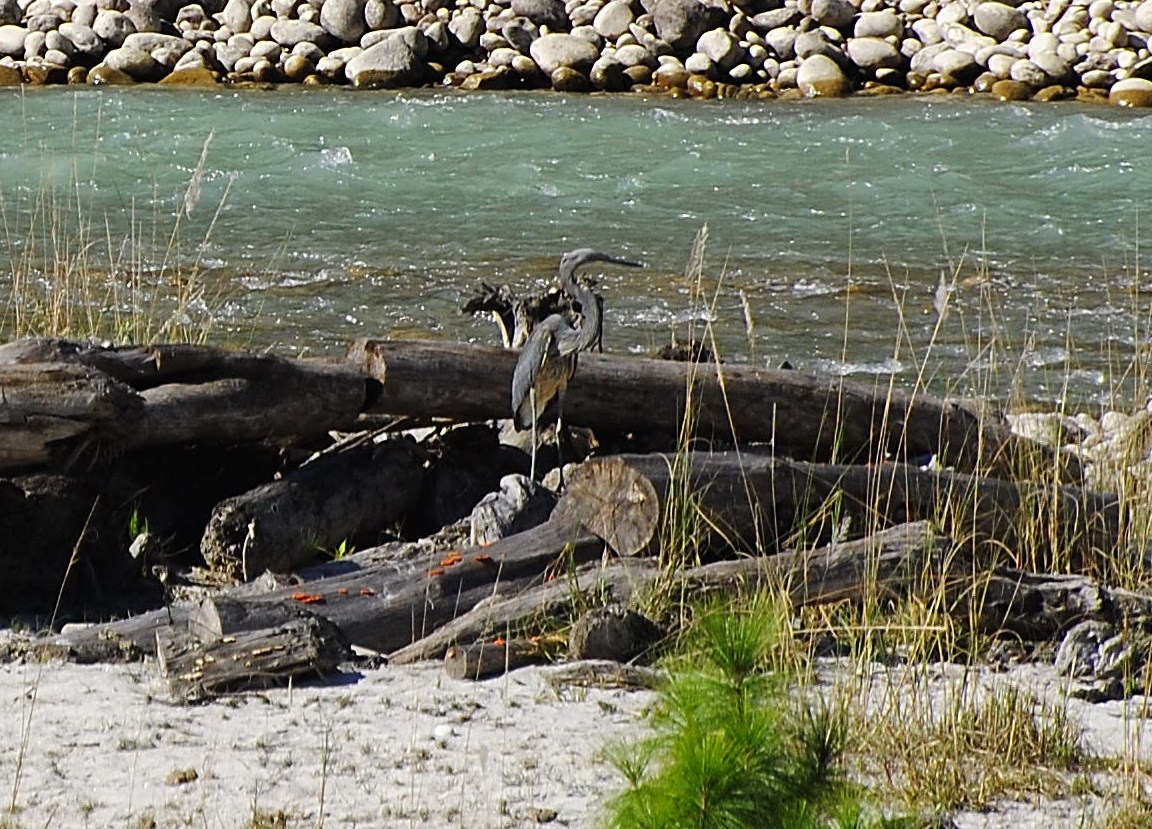 Epidemics of Tree-Destroying Diseases Are On the Rise

Itanagar: The white-bellied heron, a rare and elusive bird, was spotted at Walong in the Anjaw district of Arunachal Pradesh, officials said on Saturday.

Walong is around 557 kilometres from the state capital.

The white-bellied heron is categorised as ‘critically endangered’ in the International Union for Conservation of Nature (IUCN) Red Data Book and is listed in Schedule IV in the Wildlife Protection Act, 1972.

It is one of the rarest birds in the world and is at present found only in Bhutan, Myanmar and the Namdapha Tiger Reserve in Arunachal Pradesh.

It had also been recorded in the adjacent Kamlang Tiger Reserve in Lohit district in camera trap images.

The recent sighting at a height of 1,200 meters above sea level is a first at such a higher elevation in India, forest officials said.

The presence of nesting sites within this area is a positive sign for the future habitat as the breeding season of the white-bellied heron starts in February and lasts till June, they said.

Principal chief conservator of forests R.K. Singh said it is great news that the critically endangered bird is establishing new habitats beyond its traditional range.

“This itself epitomises the positive health of the forest ecosystem in this biodiversity-rich state,” he said.

Chief wildlife warden G. Kumar said, “It is a good sign for the rare bird to appear in the pristine forest areas of Arunachal.”

Kumar said a team comprising scientists of the Forest Department along with those from reputed national institutions such as Wildlife Institute of India, Dehradun and Zoological Survey of India, Kolkata would soon carry out joint field research to find out ways to conserve the future prospects of the rare and globally-threatened bird.

Since the bird is extremely shy to human presence, the ‘gaon buras’ and village heads of Walong have been asked to make local communities aware of the importance to protect the bird and conserve its habitat, he said.

The Wire Science@TheWireScience
3 Following 15.6K Followers
“[Yesterday], I saw a patient in the morning, feeling better and I helped him go to the bathroom. When I came back… https://t.co/T6wXhmYbXz
7 hours ago
1 3
The middle class also gave a multiplier effect to the disconnect with the ecological footprint, since it was their… https://t.co/xhEwqFvLOX
8 hours ago
1 4
“The fact remains 50% to 60% posts of general doctors and 72% posts of experts are lying vacant with the government… https://t.co/DPLhxOC7oa
9 hours ago
1 1
Around the world, actual coronavirus deaths are estimated to exceed reported deaths by 113%. https://t.co/RD83KaokRw
10 hours ago
1
“In India, apart from willful underreporting [by the government], the other issue is that in many cases it’s almost… https://t.co/Ohy20aLY1W
11 hours ago
4 4
The black fungus invades the sinus and makes its way into the intraorbital and intracranial regions. If its progr… https://t.co/zJuxEfe7Bj
12 hours ago
2 5
Clearly, it is not the social collaboration but this dismal response to COVID that would be a precursor to how the… https://t.co/zY2INi00UT
13 hours ago
This web of conflicting interests raises the question, can COVAX meaningfully address the global vaccine apartheid,… https://t.co/U5yvrmPlnR
14 hours ago
A 2009 study found that to treat strongyloidiasis, 200 µg/kg of ivermectin would be needed – 13 mg for a person wei… https://t.co/UWS5KCMNKY
15 hours ago
1
This is an expectation for the company to improve its performance 5x, increase its current stated capacity by a fac… https://t.co/Sqyn25Wnp4
16 hours ago
Experts agree the real number is far higher – perhaps three times that or more. One reason for the discrepancy is… https://t.co/0dyxGEHrsb
1 day ago
1 1
Scientists at the National Institute of Virology (NIV), Pune, have found that both Covaxin and Covishield produce h… https://t.co/nQcK4QJywp
1 day ago
6 6
If the plasma did exert a ‘mutation pressure’ on the viruses, the nature of this pressure could encourage the virus… https://t.co/nhJnTLJnI3
1 day ago
2
Russia had produced just 33 million vaccines as of May 12 and exported fewer than 15 million, according to a Reuter… https://t.co/e9sjhgOIRY
1 day ago
4
The Government of Tamil Nadu has published new treatment protocols for COVID-19 patients that leaves out the use of… https://t.co/h5in9y0g19
1 day ago
4
Contact us