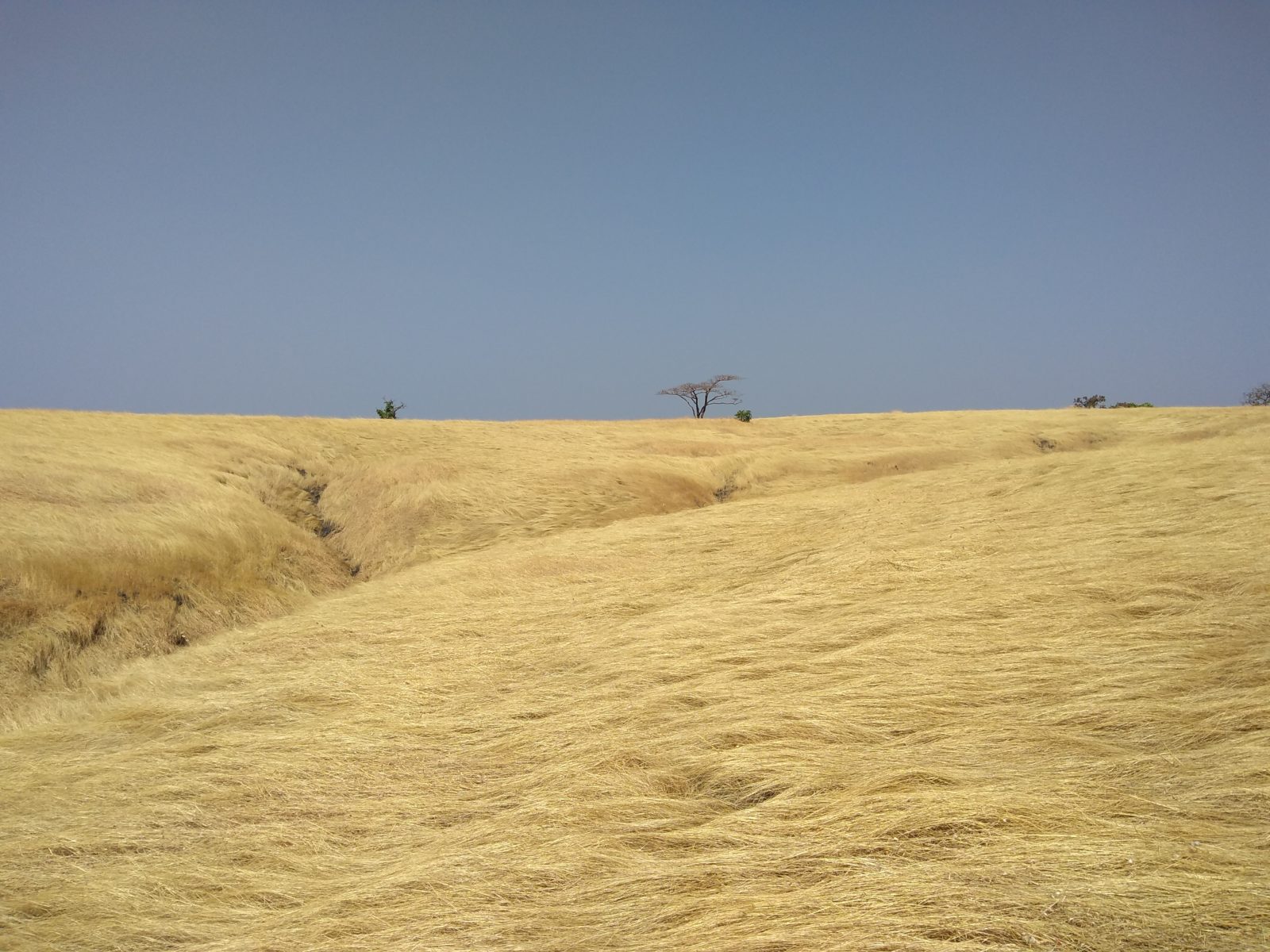 More Couples Are Turning to ‘Family Planning’, but Women Bear the Brunt

Squeezed longitudinally atop the 1,600 km length of the Western Ghats mountain range is a narrow band of wilderness that is hemmed in by the coastal plains from the west and the Deccan plateau from the east. Structurally, this shrinking wilderness is a series of protected areas in the Western Ghats biodiversity hotspot region that has a high human population density. Here, the protected areas, largely insulated from disturbances, are a repository of rich biodiversity and high endemism, and are functionally connected through tenuous corridors.

Crisscrossing networks of roads, railway lines and power lines fragment the wildlife habitat inside protected areas, and more severely so on connecting corridors. This way, they become barriers for animal movement and have devastating effects on reptiles, amphibians and arboreal mammals. Crater-like mining pits, large swaths of dam-backwaters, agricultural lands and ubiquitous human settlements are impediments to the long-distance ranging behavior of megafauna like tigers and elephants.

Five major east-flowing rivers and 30 west-flowing rivers originate in the Western Ghats and the well-being of 40 crore people depends on them. The healthy native forests and grasslands in the ghats facilitate this critical hydrological function, and are also effective ecological barriers against zoonotic spillover.

So to guarantee ecosystem services to people and cater to the biological requirements of wild animals, a landscape is an ecologically meaningful unit of conservation action. A ‘landscape’ is understood here to comprise protected areas, connecting corridors and areas where humans and animals interact directly or indirectly.

A Critical Ecosystem Partnership Fund report that profiled the 1.8-lakh sq. km ecosystem of the Western Ghats biodiversity hotspot region in 2007 identified five landscape-scale units demarcated by strong topographic or anthropogenic features and over which known populations of the landscape species ranged. One landscape unit of about 10,500 sq. km from the Sahyadri Tiger Reserve to the Kali Tiger Reserve, until the river Kali, was identified as the “Sahyadri-Konkan Corridor”.

During monsoon, when mountains are shrouded in mist, this wilderness is a wet velvety drape of green hanging on its west-facing cliff. But with the monsoon receding, the forest-green in the folds of narrow valleys and the grass-green on plateau and mountain-tops morph to a mosaic of complex colors, revealing a matrix of multiple land uses. Here, the naturally moist and dry deciduous forests, evergreen and semi-evergreen forests and pristine grasslands are punctuated by human habitations, croplands, fallow fields, plantations and degraded forests.

Environmentalists and local people who are trying to protect the biodiversity of the corridor are aggrieved that the Sawantwadi-Dodamarg section in South Maharashtra lost the chance to be declared an ‘eco-sensitive area’ (ESA), through the Gadgil Commission’s recommendations. And that despite a Bombay high court order in 2013 directing the government to create an ESA, mining activities continue in the area.

Some think the rampant conversion of natural forests on private land to agriculture and plantation will pave the way for the mining industry – because mining can legally be taken up in private areas that don’t have forests. “Wildlife corridors in these parts have been broken at multiple places for bauxite and iron ore mining and other land-use changes,” said Rajendra Kerkar, a local environmentalist.

Assisted by local pro-environment politicians in Maharashtra, and the forest department, conservation scientists and local activists have been attempting to strengthen the Sahyadri-Konkan landscape. As a result, the Maharashtra government accorded roughly 900 sq. km of government-owned reserve forests some extra protection last year.

However, the Maharashtra part of the Sahyadri-Konkan landscape is dominated by private or community-owned forests.

“With the creation of a chain of conservation reserves on government land, the corridor gets the required connectivity, but only to an extent,” Kerkar said. “Private forests next to conservation reserves have to be protected from being converted to monoculture plantations and merged with them to strengthen the wildlife corridor.”

This challenge of protecting forests on private land gives officials, conservationists, activists and the people an opportunity to install models and processes that integrate the interests of wildlife and the people, and also elicit the participation of local people in conservation action.

Another approach to wildlife conservation

The success of an inclusive approach to wildlife conservation depends on building income-generating features at the village level. In addition, studies have also shown that conservation is likely to yield the desired results when local communities and institutions have greater decision-making and regulatory powers related to land tenure and resource management.

Towards this goal, the Indian government has promulgated some some laws that build equity and reflect the changing context for conservation. In parallel, the core mandate of the forest department, and the attitudes of its people, has been shifting from the burden of carrying forward the colonial legacy of extractive ‘production forestry’ to furthering the policies that require peoples’ participation in conservation.

And yet, from the wildlife perspective, it is crucial that we recognise that areas outside protected areas aren’t merely stepping stones between them. They are wildlife habitats where wild animals are not merely passage migrants but residents with ‘rights’ over the land.

Historically, environmentally destructive infrastructure development and movements for indigenous people’s rights have together marginalised wild animals – a trend that continues to this day driven by economic goals and socio-economic inequality. Both these human-centric pursuits have externalised the costs of their respective successes, leading to the local extinction of many species of flora and fauna.

The people’s participation in wildlife conservation requires that the people share the landscape with wildlife and adapt their economic behaviour. But many have been naturally, and justifiably, sceptical about big changes that affect their lives and livelihoods.

In a 2021 study, wildlife ecology researcher Mahi Puri and her colleagues examined the willingness of farmers to participate in wildlife conservation through an approach that addressed both the ecological suitability of areas for wildlife and the socio-economic reality of farmers.

“In general, farmers are aware of the ecological role of forests and wildlife, but that is not enough to bring about the behaviour and land-use change,” Puri said. These changes require a few years, so it is important to offset the associated risks. Establishing pull factors such as markets that procure sustainably harvested products – food, bamboo, medicinal plants – would be one way to encourage their participation.”

The Sahyadri-Konkan landscape has 5,693 sq km under private forests, and farmers here are interested in ecotourism and livelihoods based on the sustainable management of natural resources. Sanjay Natekar, a local environmentalist, described the situation in the Dodamarg area thus:

Many people have migrated to towns and cities. Others are prosperous and have taken to an urban way of life. They are not interested in the income from Minor Forest Produce or practising traditional shifting cultivation. Having plantations or even retaining forests, if they get good incentives, can work well for all of them.

To this end, a government initiative near the Tadoba-Andhari Tiger Reserve in eastern Maharashtra, where private landholders have created a protected area and managed their private land for wildlife conservation, has been successful. This ‘community nature conservancy’ model can be replicated on private forests contiguous with newly created conservation reserves in the Sahyadri-Konkan.

“Wherever private land holdings are there in between two conservation reserves, the ‘green revenue’ at this stage should be about the regulation of tree felling,” Ben Clement, the chief conservator of forests with the Maharashtra forest department, said about ‘payment for ecosystem services’ models in the Sahyadri-Konkan area. “A farmer not felling a tree will be compensated from the revenue generated in the village development committee.”

According to a draft management plan for conservation reserves and contiguous private/community forests, village development committees generate revenue through ecotourism.

“In many of the gram panchayat areas, only 2-3 lakh of the planned budget is reaching them,” Clement said. “Once this conservation-reserve model comes into being, a minimum of about 20-25 lakh rupees can reach the villages.”

“Conservation reserves are part of a futuristic management model,” he continued. “They can be inviolate areas and will be reserved as the core. Abutting areas close to the villages will be the eco-tourism zone and buffer zone [under the ‘community nature conservancy’ model]. Ownership will be there at the community level, decision-making will come to people and NGOs will join them, while they are supervised by the forest department.”

However, Kerkar said, “Tourism has to be regulated and should develop around nature education. It should not be for recreation like in Panchgani and Mahabaleshwar. There should be efforts to encourage local entrepreneurs, and disallow tour-operators from outside who are not sensitive to conservation values.”

Between 1920 and 2013, the Western Ghats lost 33,579 sq. km of forest cover. Of this, three-fourths were converted to plantations and agriculture while another fifth has been degraded to different forest types. In the last decade, the Sahyadri-Konkan landscape in the northern part of the ghats has reported the rapid spread of the Kyasanur Forest disease, due to the loss of forests to plantations and mining.

There is a need to set ambitious conservation targets. In the Sahyadri-Konkan landscape, the 900 sq. km of conservation are scattered blocks within a 10,000 sq. km patch of forest. Roughly half of this is on government-owned land and the other half is on private/community land. To strengthen the wildlife corridor, we must get more reserve forests notified as conservation reserves, and then consolidate private forests with them by designing community conservation programmes.

Yet, roadblocks from a politics of populism, thriving on ecologically uninformed public opinion, seem to be keeping political leaders from doing more.