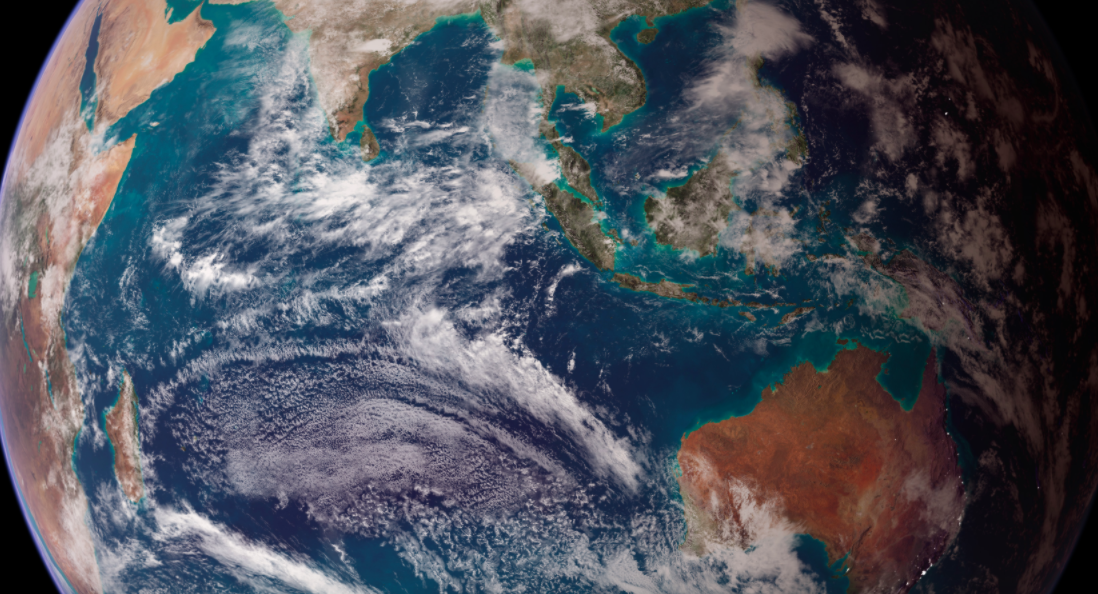 The Bizarre History of Binding Books With Human Skin

A composite satellite image of Earth centred on the Indian Ocean. Photo: NASA.

The world’s oceans take up more than 90% of the excess heat being trapped by the increasing volumes of greenhouse gases and other human activities such as deforestation and urbanisation. And the evidence thus far of the distribution of this heat in the oceans seems to indicate that the Indian Ocean in particular may be acting as the clearinghouse.

The Indian subcontinent has been a special place since it drifted northward across the equator and smashed into the Asian plate to create the Himalaya. The jutting of the Indian subcontinent down into the deep tropics created the monsoon circulation and abundant rainfall. These rains in turn affected the evolutionary pathways of flora and fauna over parts of East Africa and India. The rains also likely removed atmospheric carbon dioxide over the last 50 million years by weathering the Himalaya.

Indeed, the global cooling that happened over these millions of years is probably closely related to the formation of the Himalaya and the monsoons.

Now, it appears that the rapid and monotonic warming of the Indian Ocean over the last few decades is also related to the ocean’s unique configuration.

Notably, the Indian Ocean is the only ocean on the planet that receives heat from two other oceans – the Pacific and the Southern oceans.

The Pacific Ocean dumps more than 10 million cu. m of water per second during the summer months, and less during the winter. This transport, through the Indonesian throughflow, transports fresh, warm waters from the western Pacific into the eastern Indian Ocean, between Java and Australia.

The inflow from the Southern Ocean is part of the so-called global conveyor belt, which is a grand circulation of dense waters that form at the surface at just a few locations. One is the Greenland-Norwegian-Icelandic Seas – evocatively called the GIN seas – in the North Atlantic. The heavy water formed here, called the North Atlantic Deepwater, sinks to great depths and flows south into the Southern Ocean.

The two other sites of deep- and bottom-water formation are in the Ross Sea and the Weddell Sea, in Antarctica. The bottom-waters formed here are the heaviest of all ocean waters.

The Southern Ocean is a circular channel, and the winds keep churning its waters all the way to the bottom and mix them well, and eventually pump them into the Indian and Pacific Oceans at 1 km below or deeper.

These waters are moved back to the surface over hundreds or even thousands of years in the two oceans. They flow back to the North Atlantic via the Indonesian throughflow, down around the southern tip of Africa and up across the equator into the GIN Seas.

The unique monsoonal circulation also directly warms the Indian Ocean at the surface by atmospheric heating.

The resulting confluence of heat from the Pacific and Southern Oceans and from the atmosphere is what makes the Indian Ocean a bathtub of warm waters – this warm is also what fuels the monsoon circulation and supplies the 200 lakh crore buckets of water dumped on the subcontinent during the summer monsoons.

As it happens, a stunning new finding has also demonstrated that the Southern Ocean warming is able to reach the tropical Indian Ocean in only about 10 years. These results are set to be published by the Journal of Geophysical Research.

The Indian Ocean is thus gathering additional heat from the Pacific and the Southern Oceans and exerting an influence in turn on the Pacific Ocean and the global conveyor belt. Both the Pacific Ocean’s warming and the global conveyor belt’s responses to anthropogenic global warming are critical for researchers to understand the net response of Earth’s climate. And the Indian Ocean’s modulation of these two key processes indicates that it is acting as the clearinghouse for ocean warming – and ultimately for global warming itself.

The roadmaps we have for observational systems will be invaluable to elicit the details of these processes and to ensure our climatological models capture them accurately. This is especially important since models that the Intergovernmental Panel on Climate Change uses have been found to be deficient in their rendition of monsoon trends in the 20th century, and their 21st century projections may be unreliable as well. Finally, international cooperation is as important as India’s leadership vis-à-vis the regional observing system.