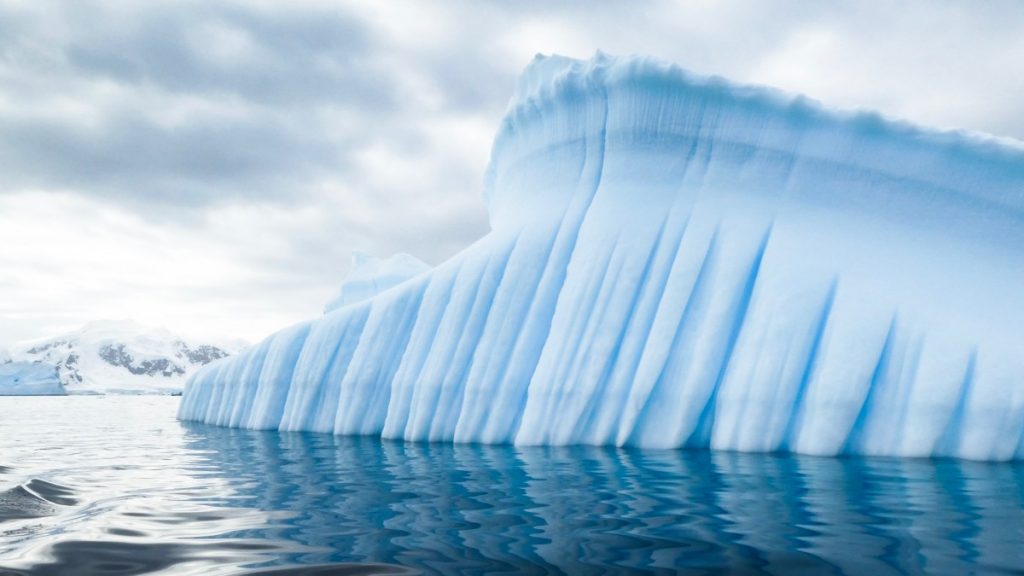 After Quarantine, Officials Clear 406 Indians Evacuated From Wuhan of Coronavirus

On February 9, an island at the northwestern tip of the Antarctic peninsula that juts out towards South America was about as warm as Delhi is at 11 am in the same month. A measuring station on Seymour island recorded a temperature of 20.75º C, breaking the all-time temperature record that had been set just three days previously, recorded by Argentina’s National Meteorological Service at its Esperanza base in Antarctica.

These two temperature records in quick succession sent ripples worldwide, though Carlos Schaefer, a scientist associated with research at Seymour island, clarified that the reading had “no meaning in terms of a climate change trend”. He was implying that, methodologically, we cannot take a single reading and run with it; instead, we needs a series of readings over a reasonably long period to infer a warming trend.

Schaefer and his colleagues are part of a research programme that monitors 23 sites in western Antarctica and, in his words, “We are seeing the warming trend in many of the sites we are monitoring”. In a statement released on February 14, the World Meteorological Organisation said, “The Antarctic Peninsula [where Seymour island is located] is among the fastest warming regions of the planet, almost 3º C over the last 50 years,” compared to less than one degree globally over this period.

Such a trend does make extreme spikes in temperature more possible. However, instead of focusing on a single event, we need to pay attention to the longer processes unfolding in the Antarctic, such as the warming trends, which have actually been mixed; the accelerating loss of ice mass in western Antarctica and why that is happening; and what the drivers underlying these trends are, because they will influence how things unfold over the course of this century and beyond.

According to the Intergovernmental Panel on Climate Change (IPCC)’s landmark report ‘Oceans and Cryosphere in a Changing Climate‘ (SROCC), released in September 2019, warming over the Antarctic subcontinent has not been uniform, in contrast to the Arctic. Instead, warming has occurred over parts of western Antarctica but not East Antarctica. Additionally, the amplified warming that we have recorded in recent years in the Arctic has not been seen in most parts of Antarctica.

One reason is the increased heat uptake by the Southern Oceans, and illustrates the complex role that oceans play in – largely as of now – reducing surface warming. According to the IPCC’s Fifth Assessment Report of 2013-14, over 90% of the excess heat trapped by greenhouse gases has gone into the oceans. Of this, the southern oceans have taken up over a third since 1970, and over half the heat between 2005 and 2017. Ocean currents around Antarctica also cause a deep mixing of the ocean waters. This means much of the excess heat is being transported into the ocean’s deeper layers, muting surface warming.

According to a note last month by James Hansen and other scientists associated with NASA’s Goddard Institute for Space Studies, another reason for the relatively lower warming of the southern oceans around Antarctica is, ironically, the icy freshwater injected in the upper layers of the ocean due to the increased melting of ice shelves and ice sheets. However, they warned, this results in “an increased heat flux” into the ocean that further melts the ice shelves and speeds up the rate of sea level rise in a positive feedback loop.

A key reason for the greater loss of ice in recent years has been the accelerating flow of glaciers – also called dynamic thinning – most of it from the Amundsen embayment1 and the western Antarctic Peninsula. Additionally, 90% of the 860 marine-terminating glaciers on the Antarctic Peninsula have receded over the last few decades.

In turn, the accelerated flow of these glaciers has been influenced by the thinning or collapse of ice shelves around the West Antarctic ice sheet and the peninsula – most spectacularly of the famous Larsen B ice shelf in 2002.

As the the Fifth Assessment Report says, “The collapse of Larsen B, which is unprecedented in the last 10,000 years, resulted in speed up of the tributary glaciers by 300 to 800%.” The Larsen A and Prince Gustav ice shelves also collapsed before Larsen B. All of these, and more, have resulted in a faster flow of glacier ice to the sea, freed from the ice shelves holding them back. And significantly, these ice shelves have been made more vulnerable by warmer ocean waters melting them from below.

Also read: Why India Must Heed the Cracking of a Haryana-Sized Ice Shelf in Antarctica

Multiple drivers propel the changes occurring in western Antarctica. It would be hasty to assume that anthropogenic warming is the only factor.

Three categories of drivers are responsible for most climatic changes: anthropogenic global warming; other anthropogenic factors not associated with greenhouse gases; and natural variability. For example, relative sea-level rise in the Sunderbans is simultaneously influenced by warmer oceans (the first category), land subsidence due to groundwater extraction (the second) and the Ganga’s ebbs and flows and sandbar formation (the third).

Other than greenhouse gas increases and stratospheric ozone depletion, the Antarctic is influenced by what happens very far away in the oceans, indicative of the complexity of the Earth system in general. “Recent Antarctic peninsula warming and consequent ice shelf collapses,” says the SROCC report, “have evidence of a link to … anthropogenic Atlantic sea surface warming via the Atlantic multi-decadal oscillation2.”

Second, unlike most climatic changes being felt around the world, we have not been able to readily identify a significant anthropogenic driver for these changes in Antarctica not linked to greenhouse gases. Perhaps this is due to the fact that the Antarctic treaty system maintains the continent as a scientific preserve and bans any military activity there. It experiences no urbanisation because most of the continent is anyhow not conducive to human settlement of a permanent nature.

As for the third set of drivers – natural variability – they are varied and also include changes in winds over the Amundsen Sea and fluctuations in the ocean currents widely known as the El Niño Southern Oscillation.

The IPCC’s SROCC report cautions us that teasing out the relative weight of anthropogenic and natural drivers is as yet difficult. While warming associated with increased greenhouse gases is undoubtedly a factor, atmospheric and ocean variability “in the areas of the greatest [ice] mass change are affected by a complex chain of processes that exhibit considerable natural variability and have multiple interacting links to sea surface conditions in the Pacific and Atlantic” (p. 240).

Having said that, as with the Sunderbans, natural conditions in the Antarctic will wax and wane. However, continued global greenhouse gas emissions of over 50 billion tonnes a year means that the fingerprint of global warming will become unavoidably bigger in future. A paper published in December 2019 indicated that as the planet approaches 2º C of average surface warming, it could amplify winter warming of up to 3º C in the Antarctic. The collapse of massive glaciers such as the Thwaites glacier and others, currently a cause of much concern, could result in sea-level rise of around 10 feet.

So the connection between the recent record temperature in the Antarctic with anthropogenic warming is not methodologically robust – nor is it implausible. Two, there is definite warming in western Antarctica that has accelerated significant ice mass loss and glacier retreat. In what proportion these changes are being driven by anthropogenic global warming or by natural factors is not yet clear. Having said that, global warming will undoubtedly intensify in and around Antarctica, with implications for other species around that continent and of course for us all.

It is therefore encouraging to note that the 11th Indian scientific expedition to the Antarctic waters, with members from 15 research institutions, is currently underway. Its key objective, according to the Ministry of Earth Sciences’ website, is to quantify the changes that are happening and the impacts of these changes on large-scale weather phenomena such as the Indian monsoons. The other obvious long-term consequence of these changes in the Antarctic is sustained sea-level rise due to the melting of the ice sheets, which will impact coastal communities in India and elsewhere for centuries to come.

Nagraj Adve is a member of Teachers Against Climate Crisis. His booklet Global Warming in the Indian Context has been translated into Hindi, Kannada, Tamil and Telugu. He may be reached at nagraj.adve@gmail.com.