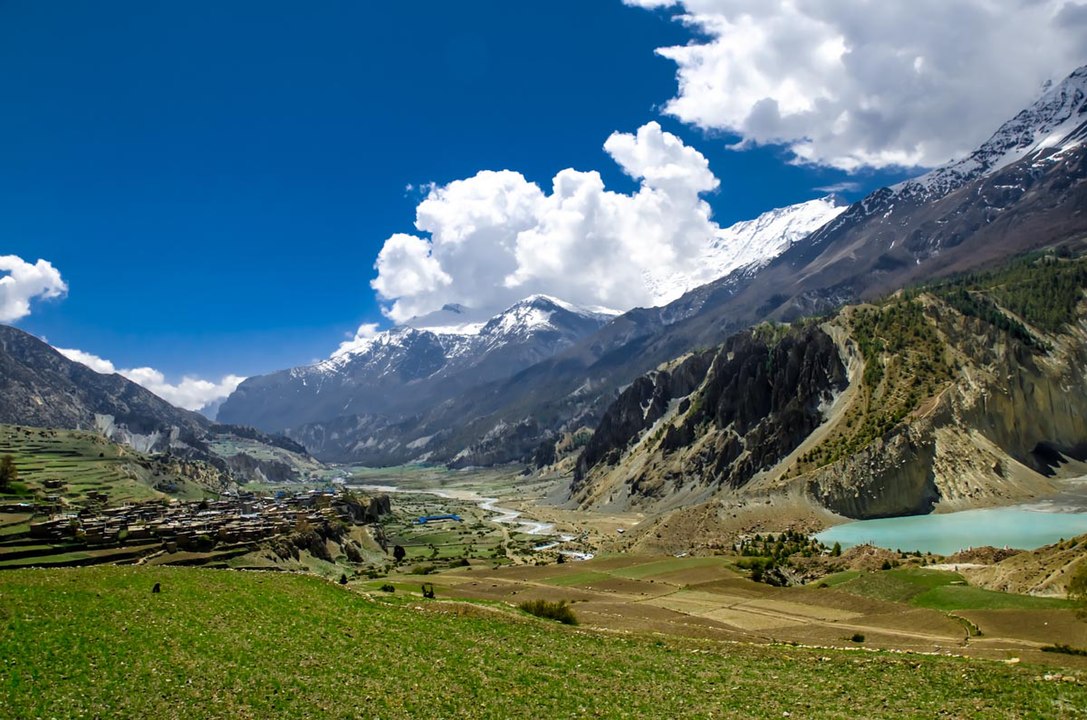 On a cold evening in 2012, anthropologist Jiban Mani Poudel sat sharing tea and snacks with mountain herders huddled around a cattle pen in Nepal’s Nhāson Valley. A wizened 63-year-old herder, Gunjaman Gurung, exclaimed, “Norusaiba has almost begun,” referring to the seasonal arrival of cold winds and dewfall, when the meadows slowly turn brown and die, and herders bring their cattle down the Himalayan slopes.

For the next six years, over many cups of tea in the mountains, Poudel, who teaches at Tribhuvan University in Kathmandu, discovered how attuned mountain herding communities are to nature’s cues. Nepal’s traditional herders, for example, set their lives according to nature’s cues, such as ngosho, the season tied to flowering plants.

But climate change is shifting nature’s transitions. A 73-year-old herder, Tek Bahadur, told Poudel about seeing a small pond as a teenager above the pastureland of Wagreche in 1955, which has since become a big lake due to glacial meltwater. In Kromche pastureland, about 500 meters below, 68-year-old Mangal Bahadur described thorny bushes overtaking pastures. Grasslands, an integral part of the Himalayas and crucial to sustaining livestock, are shrinking.

The latest report of the Intergovernmental Panel on Climate Change (IPCC), released in August, warns that more changes will come to this mountain range – and anthropologists believe there will be complex consequences.

“Climate change is not just a natural science phenomenon about increased temperatures and glacier melt,” says Poudel, “It is also a cultural and social phenomenon.”

Changes in the Himalayas could serve as a bellwether for the continent. These mountains, home to some of the world’s tallest peaks, are part of the “third pole,” named this for the sheer volumes of ice they contain. They are Asia’s “water tower,” feeding major rivers such as the Ganges, Indus and Yangtze.

As Poudel and others are documenting, people in the Himalayas are at the forefront of climate change. Many of these communities are deeply reliant on the land, so their calendars are synced to nature’s rhythms. They need to track when snows melt or grasses sprout to make decisions on animal movement and plantings.

Because herders must move with their cattle, temporarily breaking up family groups for stretches of time, social and community events, such as festivals and marriages, are tied to specific seasons. Customary laws of common ownership, which regulate the movement of livestock from one pasture to the next, are also set to a calendar.

The Lobas feel “helpless,” says anthropologist Man Bahadur Khattri, as the calendar is no longer in tandem with weather patterns.

But global warming disrupts all of these activities. Less intensive snowfalls, for example, have delayed grass growth in meadows, in turn changing the movement of herds, especially yaks.

Growing cycles are earlier and briefer than before. “The length of the agriculture calendar has decreased by about one month,” Poudel says. Some crops – such as barley in winter and maize in spring – are ready about a month earlier. Summer crops, such as buckwheat, are ready roughly a fortnight earlier.

Fewer laborers are available during the changed harvest times. As a result, the Ghyalanchok village has almost given up cultivating winter crops since 2010, Poudel found. “Global warming is not just shortening and shifting the harvesting time of crops but is also disturbing the social life of the farmers,” Poudel wrote in the International Journal of Anthropology and Ethnology.

In the remote and rugged Upper Mustang region of Nepal, anthropologist Man Bahadur Khattri from Tribhuvan University has documented similar stories. He has spoken with farmers, lamas (religious leaders) and an amchi (traditional healer) of the Loba community.

People in this region rely on limited seasonal farming as well as on tourism and hawking products such as handicrafts. But now Upper Mustang is witnessing faster snow melt, higher winter temperatures and more intense rains, causing frequent floods and landslides, soil erosion and accumulating debris and silt. Crops are damaged, fruits ripen early, and crop insects and diseases are becoming more common.

The Lobas feel “helpless,” Khattri says, as the Tibetan calendar is no longer in tandem with changed weather patterns due to climate change. They face hard choices – including reducing the traditional herd size, prioritising foreign crops over local ones and leaving the area in winter. In some cases, people must abandon their land due to water scarcity.

Anthropologists who work in the region increasingly fear such changes will lead to the loss of Traditional Knowledge and wisdom that have developed over thousands of years. Fidel Devkota, an anthropologist at the Institute of Social and Cultural Anthropology at the Freie Universität in Berlin, has seen this change firsthand.

Devkota has used a mix of field-based reports and “visual anthropology,” or the use of images and videos, to study communities in the Upper Mustang region of Nepal. His research not only documents how extreme weather has changed the region beyond ecological restoration but also how farmers in these arid areas are struggling.

Though the villagers Devkota observed have tried growing new crops and implementing new farming techniques in response to climate change, much of this land can no longer support agriculture, forcing many people to abandon it. For example, in three villages he has studied – Dhe, Yara and Samzhong – up to 60% of the fields are deserted.

Also read: Welcome to Kalak Tartar, a Landscape in the Skies

In Nhāson Valley, meanwhile, Poudel has documented some successful adaptations. Guided by Traditional Knowledge, farmers and herders are shifting their yaks to new locations higher up in the mountains, creating water storage ponds to support livestock, connecting pasturelands with piped water systems, and searching for new places to crossbreed yaks and cows.

Equally significant are the changes in their cropping. Farmers are now inter-cropping maize and potatoes, and selecting drought-resistant crops, sharing seeds, adapting new technology such as tunnel farming and planting low-altitude crops.

But even these gains involve a trade-off. As Devkota observes, embracing new foods offers a way to continue living on the land, but people in the Himalayas are losing dietary staples and will need to adapt their cuisine.

Home or away, then, these Himalayan communities find that maintaining their cultural identity, heritage and way of life is an uphill task.

This work was first published by SAPIENS and was republished here under a CC BY-ND 4.0 license.