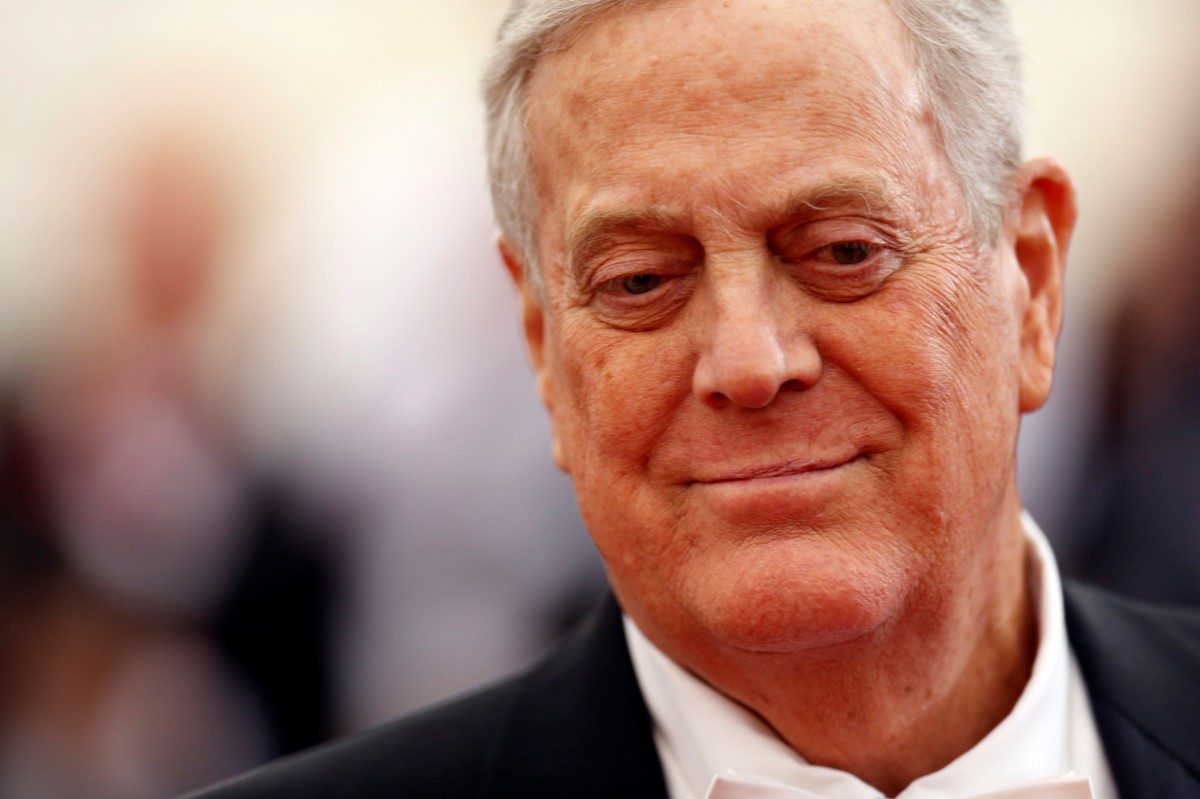 Billionaire David Koch, a major donor to conservative causes, has died, Koch Industries announced on Friday. He was 79.

David and his brother Charles co-owned Koch Industries, a Kansas-based chemicals and manufacturing company. David stepped down as executive vice president of Koch Industries last year due to health issues.

The brothers tied for 11th place on Forbes’ list of the richest people in the world.

The Koch brothers are best known for funnelling millions of dollars into conservative, free market and libertarian causes and political candidates. However, David was socially liberal. He supported same sex marriage, abortion rights and criminal justice reform as well as a non-interventionist foreign policy.

David Koch has died. In lieu of flowers please construct a shadow network of tax deductible shell companies to donate to the further perpetuation of environmental destruction and income inequality.

David Koch is dead. Forget the fawning obituaries: the man spent his life funding campaigns to dismantle unions, drive down wages, slash benefits and destroy the planet. He was a monument to the grotesque greed of the billionaire class – and why we need to defeat them.

The brothers founded the non-profit Americans for Prosperity, which has bundled nearly $1 billion in donations over several elections to support small government, low taxes and other conservative causes.

Americans for Prosperity has at times been at odds with the Republican Party under President Donald Trump.

This story first appeared on DW.