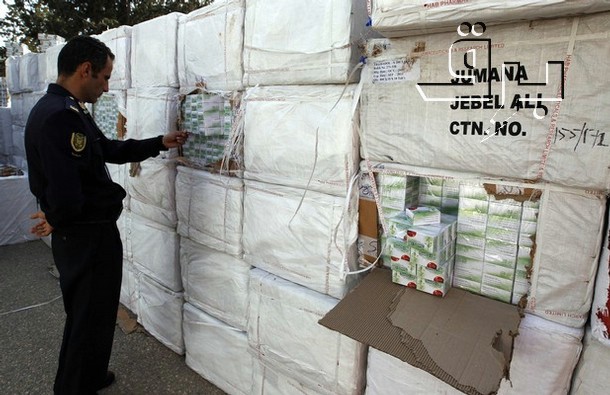 India Leads in Vaccine Production but Not in Vaccination

Tramadol, a pharmaceutical painkiller, has been declared a “psychotropic substance” by the Union government; its sale in the country will now be monitored closely. This follows the Narcotics Control Bureau (NCB) saying Tramadol was being smuggled across international borders, and had possible supply links to the global terror group commonly called ISIS (Islamic State of Iraq and the Levant).

According to data accessed by PTI, the finance ministry has brought the drug under the control of the Narcotic Drugs and Psychotropic Substances (NDPS) Act and that a gazette notification to this effect was issued on April 26. The ministry regulates certain sections of the NDPS Act, like categorisation of pharmaceutical drugs as narcotic substances.

Tramadol is a synthetic opiate that ISIS militants are known to abuse to suppress pain and boost strength during injury. It is also called the ‘fighter drug’ among international anti-narcotics authorities.

In July 2017, the NCB had asked the government to bring this drug under its “regulation and control” so that it could be used solely for medicinal purposes. The bureau is a national agency to coordinate drug law enforcement by involving various state agencies and central departments, including the police.

“Tramadol, after the notification issued by the Department of Revenue under the Union Finance Ministry, will no longer be available freely over the counter in India,” a senior official in the anti-narcotics establishment said. “It will be regulated under the NDPS Act, which will empower the NCB and other law enforcement agencies to raid and prosecute those who prepare it without permission.”

The latest notification will help ensure that Tramadol is less easily available and whose flow is more regulated, with agencies like the NCB and those of the police keeping a tab on it. PTI had first reported on March 26 that the NCB has sought bringing Tramadol under the NDPS Act after it was found that the drug was being “diverted” illegally. An NCB report released in March said,

Tramadol is used like codeine. … It is not covered under the NDPS Act, 1985. It is a schedule ‘H’ drug under the Drugs and Cosmetics Act, 1940 and can only be dispensed under the prescription of a registered medical practitioner. lt is also not included in any of the schedules of the 1971 UN convention on psychotropic substances. Internationally, it is banned in many countries and hence is often smuggled through India.

The NCB had also said that Tramadol “is trafficked via courier and manual means to countries like the US and Canada, among others.” These details were released as the bureau had been reporting on ongoing and emerging drug-abuse trends in the country in 2017 through the “diversion” of pharmaceutical drugs, and seeking more regulation.

Official records state that large quantities of Tramadol were seized in the country last year. In July alone, over 30,000 tablets of Tramadol Hydrochloride were grabbed at the Indira Gandhi International Airport cargo terminal, along with other substances. In October, the NCB seized 710 tablets from the house of a Lucknow-based medicine supplier. These were supposed to be illegally dispatched to the US.

Similarly large volumes of this drug have been seized by the NCB and other anti-narcotics agencies in Punjab in the last few years. It is suspected that these consignments were finding their way to locations held by the ISIS, after being diverted from the original overseas destination, the official said.

According to him, the Italian police had seized a large consignment of Tramadol at the port of Gioia Tauro last year. It was suspected to be on its way to ISIS militants after reportedly being smuggled from Indian shores.

“The manufacture, transport and sale of Tramadol were required to be regulated to not only affirm India’s international commitment to fight drug crimes but also to wean away the youth who were abusing it within the country,” he concluded.

Other drugs that are “abused and trafficked” in the country include cough syrups (containing codeine) like Corex, Phensedyl and Recodex, and depressants like Alprazolam, Diazepam, Clonazepam, Lorazepam and Benzodiazepine, the NCB had said.

India Votes to Remove Some Controls on Cannabis in UN Treaty

How India Could Fuel the Global Synthetic Drug Epidemic

After Years of Conflict, Iraq Grapples with a Mental Health Crisis