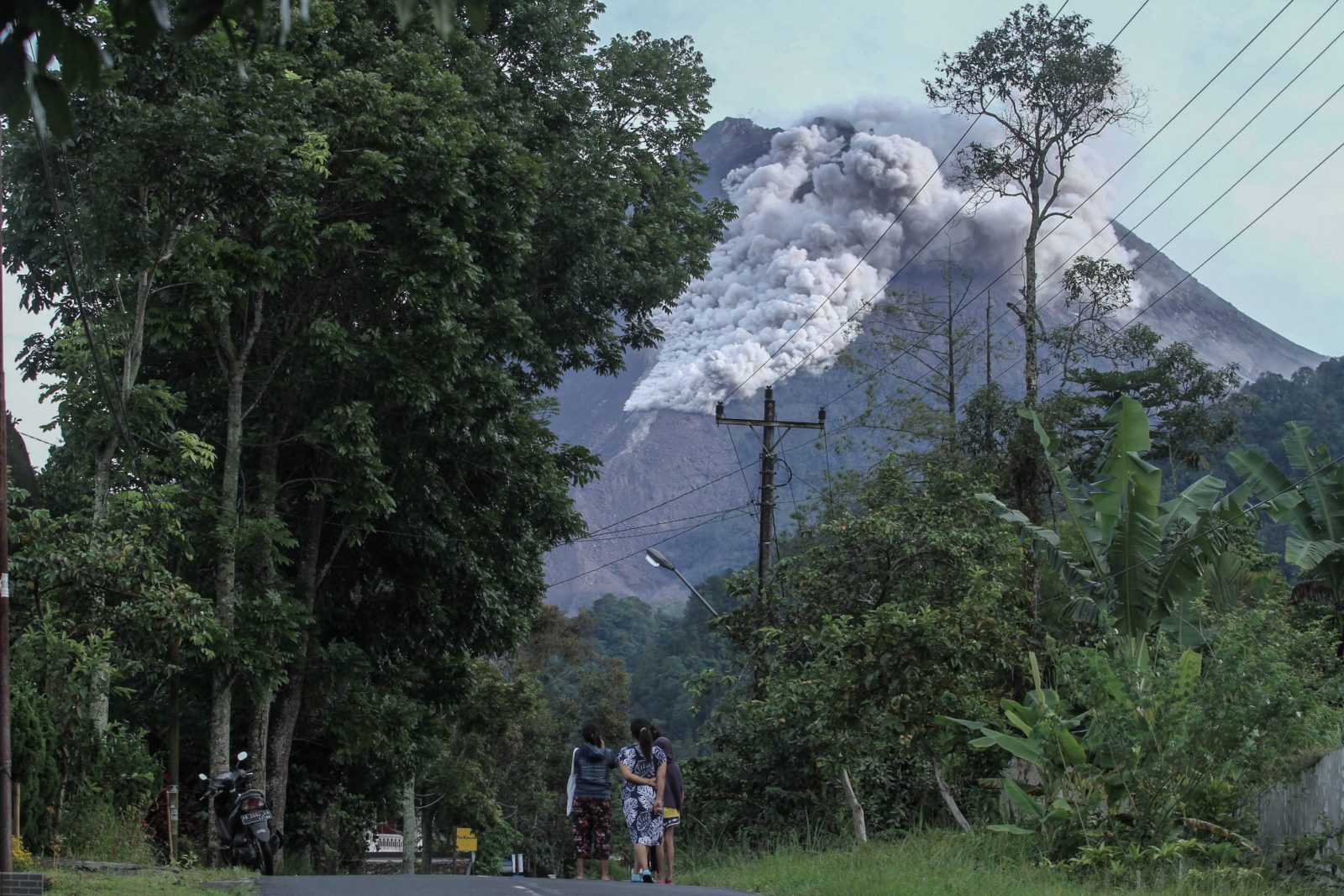 Jakarta: Indonesia‘s Mount Merapi volcano on Java island erupted on Wednesday, sending up a cloud of ash and prompting authorities to warn of the risk of lava flows reaching roads, officials said.

The 2,963 m (9,721 ft) high Merapi is one of Indonesia‘s most active volcanoes and is already on the country’s second highest alert level.

Kasbani, the head of Indonesia‘s volcanology and geological hazard mitigation centre, said Merapi had spewed “quite intense” hot clouds at least 30 times since Wednesday morning and warned of a danger of lava cutting roads near the volcano.

Also read: Secret to Why the Avalanche of Smoke and Rocks From a Volcano Is so Deadly? Gas

Photographs shared on social media showed ash covering the homes of some nearby residents.

There were no immediate reports of damage, but some residents had chosen to leave their homes, said the local disaster mitigation agency.

Located on the so-called ‘Ring of Fire’, Indonesia has more volcanoes than any other country. Merapi had violently erupted in 2010, killing more than 350 people.