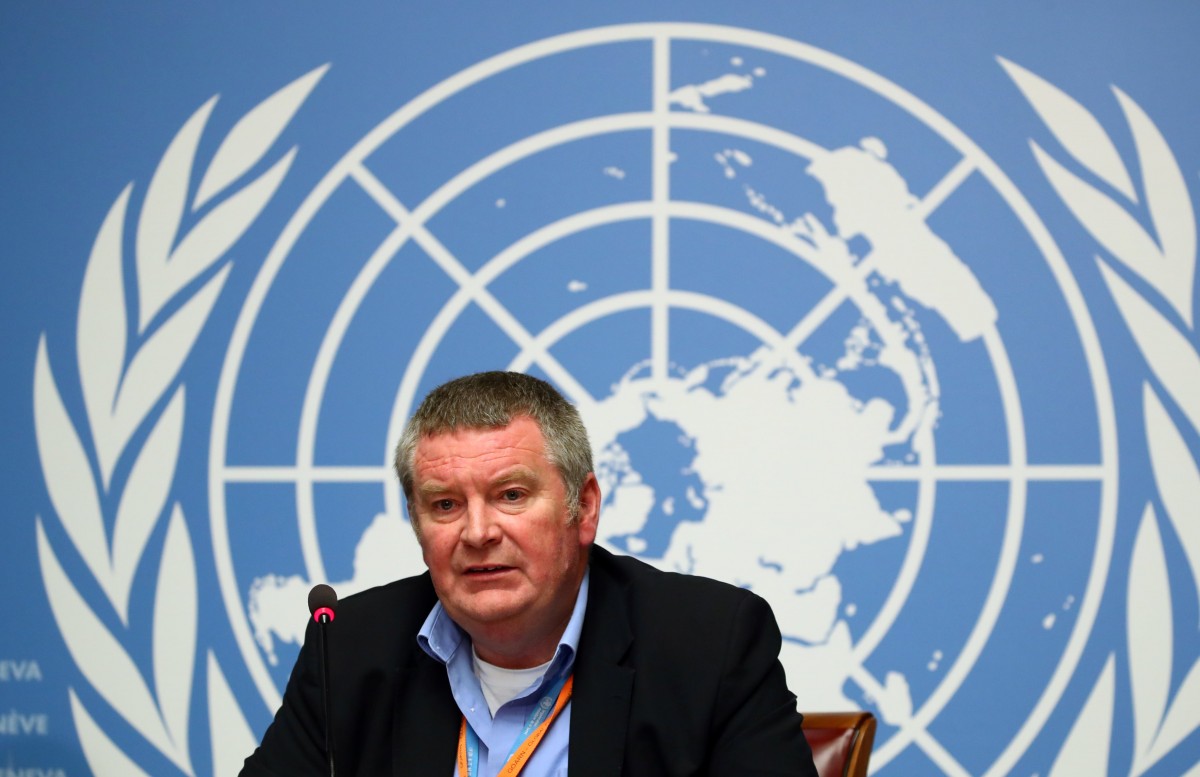 Brussels: New coronavirus clusters have surfaced around the world as nations struggle to balance reopening economies and preventing a second wave of infections, while a top global health official warned Wednesday that COVID-19 could be around for a long time.

Authorities in the Chinese city of Wuhan, where the pandemic first began late last year, reportedly were pressing ahead Wednesday to test all 11 million residents for the virus within 10 days after a handful of new infections were found.

In Lebanon, authorities reinstated a nationwide lockdown for four days beginning Wednesday night after a spike in reported infections and complaints from officials that social distancing rules were being ignored.

A top World Health Organisation (WHO) official, meanwhile, warned that it’s possible the new coronavirus may be here to stay.

This virus may never go away, Dr Michael Ryan said in a press briefing Wednesday. Without a vaccine, he said it could take years for the global population to build up sufficient levels of immunity.

I think it’s important to put this on the table, he said.

This virus may become just another endemic virus in our communities, he said, noting that other previously novel diseases like HIV have never disappeared, but that effective treatments have been developed.

Despite the risk that loosening restrictions could lead to infection spikes, European nations have been seeking to restart cross-border travel, particularly as the summer holiday season looms for countries whose economies rely on tourists flocking to their beaches, museums and historical sites.

The European Union unveiled a plan to help citizens across its 27 nations salvage their summer vacations after months of coronavirus lockdown and resurrect Europe’s badly battered tourism industry. The pandemic has prompted border closures across Europe and shut down the lifeline of cheap local flights.

The EU’s executive arm, the European Commission, laid out its advice for lifting ID checks at closed borders, helping to get airlines, ferries and buses running while ensuring the safety of passengers and crew, and preparing health measures for hotels.

It’s not clear whether EU nations will follow that advice, since they, not Brussels, have the final say over health and security matters.

Some European countries have sought bilateral agreements with their neighbours.

Austria said its border with Germany would reopen fully on June 15, and that border checks would be reduced starting Friday. Chancellor Sebastian Kurz said Austria was aiming for similar agreements with Switzerland, Liechtenstein and its eastern neighbours “as long as the infection figures allow. German foreign minister Heiko Mass said his country will lift a blanket warning against foreign travel for European destinations before other places, but didn’t specify when. Germany’s warning against all non-essential tourist travel abroad runs until at least June 14.

The tension in balancing people’s safety against the severe economic fallout is playing out across the world. Italy partially lifted lockdown restrictions last week only to see a big jump in confirmed coronavirus cases in its hardest-hit region. Pakistan reported 2,000 new infections in a single day after crowds of people crammed into local markets as restrictions were eased.

European countries have begun slowly easing their lockdowns, from barber shops reopening next week in Belgium to some schools starting up again soon in Portugal. But a raft of safety rules are being put in place, including reducing the number of children in Belgian preschool classes and various forms of social distancing.

In Sweden, which has taken a relatively soft approach to fight the coronavirus, allowing primary schools and restaurants to remain open with some social distancing rules, officials urged Swedes not to travel abroad for non-essential trips and to limit movement inside the country.

Travel within Sweden of up to one to two hours by car can be made, Swedish Prime Minister Stefan Lofven said. But it does not mean that everything is as it used to be common sense and great caution apply. The situation remains unclear in some countries. The US says Tanzania has not publicly released any data on COVID-19 in two weeks.

The WHO also has expressed worry about Tanzania, whose president has questioned his own government’s virus testing and refused to close churches in the belief that the virus can’t survive in the body of Christ. A new U.S. Embassy statement warns that the risk of being infected in Tanzania’s commercial hub, Dar es Salaam, is extremely high and says many hospitals in the city have been overwhelmed.

Meanwhile, Ryan, the WHO’s chief of health emergencies, had a grim warning about coronavirus: Even though an effective vaccine might be developed, it would require immense work to produce sufficient doses and distribute them worldwide.

Every single one of those steps is fraught with challenges, he said.

Maria Van Kerkhove, WHO’s technical lead for COVID-19, added that she recognized some people were in a state of feeling quite some despair, but pointed out that stopping the virus even without medical interventions was possible.

In the United States, the country’s top infectious disease expert issued a blunt warning that cities and states could see more COVID-19 deaths and economic damage if they lift stay-at-home orders too quickly.

The Wire Science@TheWireScience
3 Following 15.6K Followers
The B.1.617 variant has been found in eight nations in the Americas, including Canada and the United States, said J… https://t.co/j9jg1LfnRR
6 hours ago
Unlike the Pfizer and Moderna vaccine candidates, Covaxin delivers a relatively small number of viral particles to… https://t.co/SeQljudy3I
7 hours ago
In a statement on Friday, the company said, “a technical snag has developed in the cold box at our oxygen plant in… https://t.co/aL2hqrXu2I
8 hours ago
2 1
After its popularity last year, convalescent plasma therapy has been met with increasing scrutiny and skepticism. S… https://t.co/MyYldRlU1G
9 hours ago
1
Discrepancies in causes of death and reporting in India had long been suspected, but first concrete reports from Gu… https://t.co/5duCwdH76d
10 hours ago
3
The Mahadevda Ghat under the Chousa block of Buxar saw a number of bodies floating near the ghat in the river Ganga… https://t.co/J2dakwXHiy
11 hours ago
1 1
Several states have decided to issue global tenders for the procurement of COVID-19 vaccines as the domestic supply… https://t.co/6jd7dm3P5z
12 hours ago
3
National Technical Advisory Group on Immunisation (NTAGI), a government panel, has recommended increasing the gap b… https://t.co/ICkJ1SUx5D
14 hours ago
1
The cow dung cakes were found in a suitcase that was left behind after passengers from an Air India flight cleared… https://t.co/X1CZMZAhV5
1 day ago
1 2
The healing of the ozone layer, and success of the protocol, has been an unfolding, rather than overnight, triumph,… https://t.co/yfdUJgfqaE
1 day ago
1 2
By offering tech tools like application programming interface that can only be used by software programmers, the go… https://t.co/d5bN2XyUJO
1 day ago
1
Net zero can be an important focus for climate action. But it must not become a set of blinkers that seeks to compe… https://t.co/TOVWwHYbyq
1 day ago
1
The situation is particularly bad in rural areas of Uttar Pradesh, India‘s most populous state with a population of… https://t.co/iZpO9mxXwj
1 day ago
4 3
States like Uttar Pradesh, Maharashtra, Karnataka, Andhra Pradesh, Telangana and Delhi have already opted for globa… https://t.co/EZrQJg3CXy
1 day ago
2
In Gujarat, some believers have been going to cow shelters once a week to cover their bodies in cow dung and urine… https://t.co/ICtA9F5sc7
1 day ago
1 3
Contact us