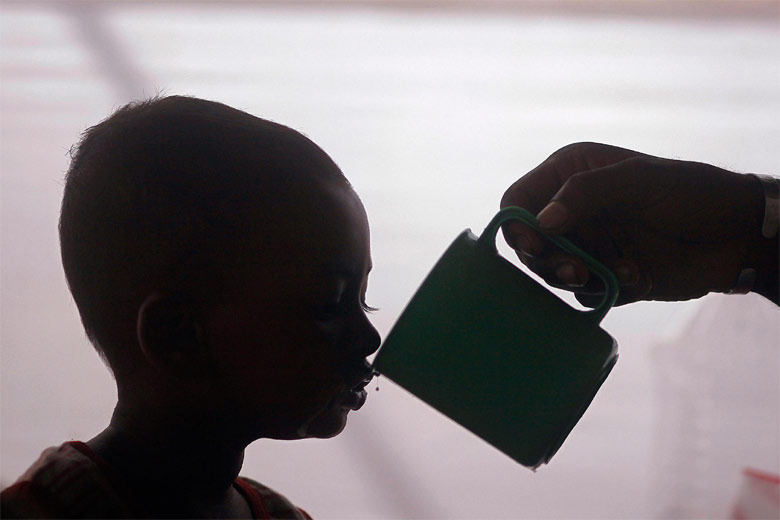 Living on a Landfill in Varanasi

New Delhi: The Maharashtra government has announced that free nutrition schemes in the state, meant for children and pregnant and lactating women, can now be access only by those who have an Aadhaar card.

The Maharashtra women and child development department made it “necessary” for beneficiaries to register their Aadhaar numbers in a notification dated April 6, the Indian Express reported. “If a beneficiary is found with no registered Aadhaar number or has not followed the procedure to apply for Aadhaar, and continues to avail the scheme, the Child Development Project Officer will be held responsible,” the newspaper quoted the notification as saying.

According to DNA, 56 lakh malnourished children and nine lakh lactating women are currently registered under the programmes that will be affected. “As per the directive issued by the government of India on April 1 this year, the free nutrition scheme under the Integrated Child Development Scheme (ICDS) can be availed by those who have already registered with the Unique Identification Authority of India for Aadhaar and those who have completed Aadhaar seeding process of linking Aadhaar card with other government official documents like pan card, voter ID card and individual bank account. A special drive has already been undertaken across Maharashtra to complete the Aadhaar registration process so that ghost benefit can be weeded out and the genuine can avail the scheme,” an officer from the department told DNA.

However, activists believe that this move is likely to worsen the state’s nutrition indicators. “This notification is against the recent Supreme Court ruling on Aadhaar linkage for receiving benefits under a scheme. We will approach the High Court if the state government does not withdraw this,” activist Purnima Upadhyay of NGO Khoj in Melghat, where malnutrition is prevalent, told Indian Express.

Linking Aadhaar to welfare benefits has created complications for beneficiaries in several parts of the country already. Activists have alleged that Aadhaar-related issues have worsened delivery in the public distribution system, and even linked these issues to starvation deaths in Jharkhand and elsewhere.

Activist Brian Lobo told Indian Express that issues relating to Aadhaar linkage in nutrition schemes are already creating complications in Palghar district. “Aadhaar linkage for nutrition schemes should not be made compulsory. Several tribal women get their Aadhaar cards made at their maternal home. When they get married, their first name and surname change. They face issues in availing schemes because the name on the Aadhaar card does not match their new name.”