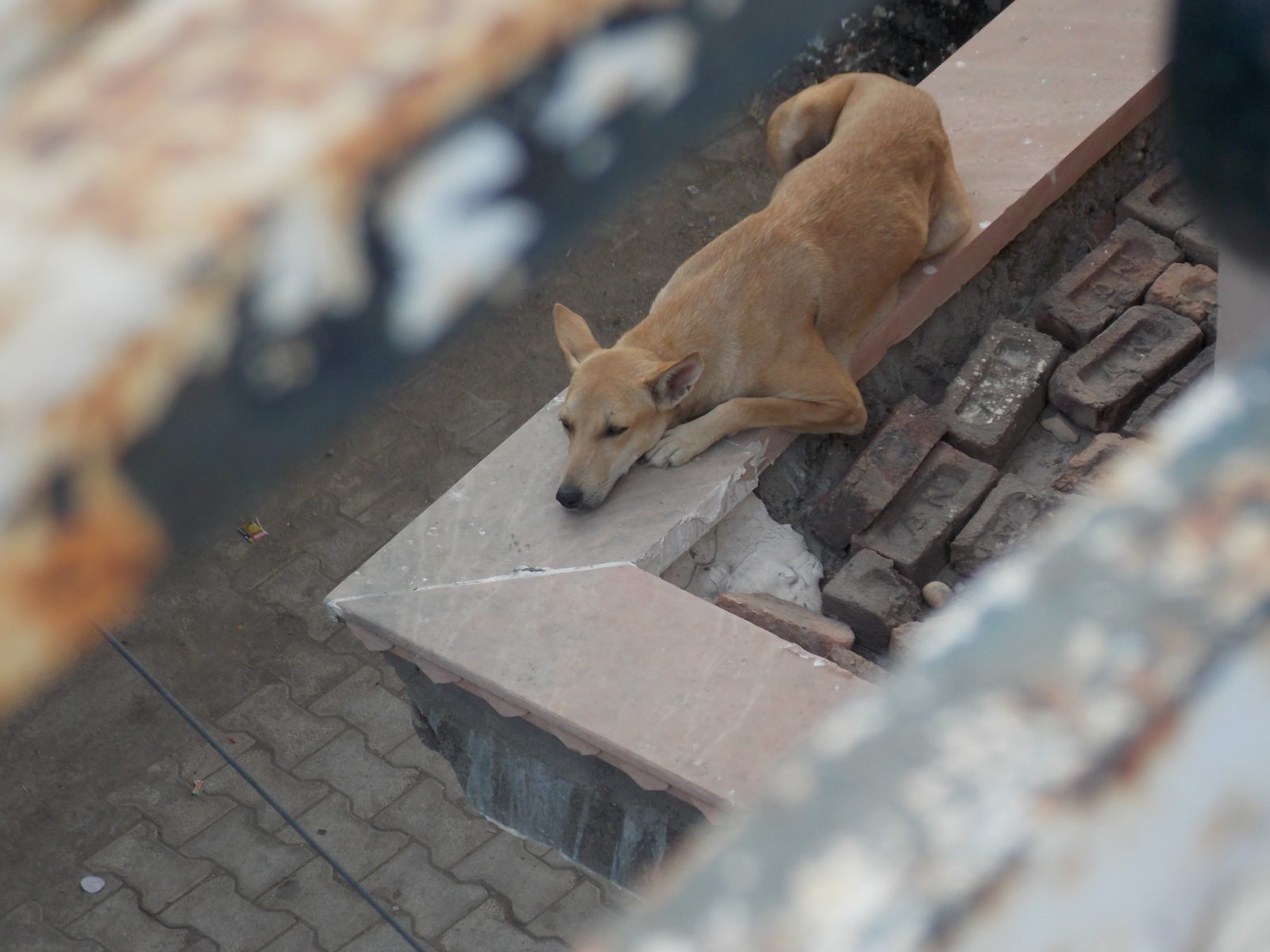 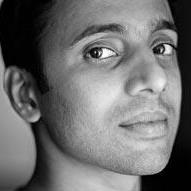 One of many public health crises gripping India today is the approximately 60 million stray dogs roaming the streets. According to the National Institute of Communicable Diseases, almost 96% of rabies cases in India are caused by stray dogs – and so India leads the world in rabies deaths.

According to a 2011 estimate, dogs bite around 17.4 million people in the country every year. Free-ranging dogs also kill  livestock and wildlife, including species enjoying the highest level of protection through both predation and disease.

Given the large number of unowned dogs in public places, animal rights groups have raised funds, fed dogs and engaged in what they call compassionate campaigns to ‘save’ them. Injured dogs are rescued, treated and abandoned again on the streets and this model – which seems to thrive on conflict – continues.

How did we get here?

In India, stray-dog management comes under the purview of the Prevention of Cruelty to Animals (PCA) Act 1960 and State Municipal Acts. Both mandate the removal and/or euthanisation of unowned dogs from the streets.

Before 2001, municipalities around India could euthanise stray dogs as part of their statutory, civic duties to keep public spaces safe and disease-free for citizens, preserving their constitutionally guaranteed rights to life, livelihood, personal liberty and freedom of movement.

In 2001, with Maneka Gandhi as its minister of state, the Union culture ministry – which has nothing to do with public health or disease management – notified the Animal Birth Control (ABC) Rules to reduce the population of stray dogs given the health and safety threat they posed to people.

These Rules effectively prevented the removal and euthanisation of stray dogs. This was contrary to the PCA Act, to which the Rules were subordinate and which permitted the ‘destruction’ of stray dogs. Effectively, the ABC rules converted a human health and safety issue into a policy inspired by animal rights.

While the PCA Act calls for sheltering and/or euthanising stray dogs, the ABC Rules created a legal entity called “street dogs” and legalised the homelessness and maintenance of unowned dogs in public. In this paradigm, no one can be held responsible either for the dogs’ suffering (due to their homelessness) or for human injury and death due to the dogs.

As a result, today, if an unowned dog mauls a child, it can’t be euthanised thanks to the ABC rules. Instead, it has to be vaccinated and then released back to the streets after observation, perhaps in a healthier state. Likewise, if stray dogs kill wildlife like blackbuck, the same protocol applies. On the other hand, if a member of a tribe were to commit the same offense, they are liable to be jailed for up to seven years.

Even species protected under Schedule I of the Wildlife (Protection) Act 1972 – the highest level of protection under law – like tigers and elephants can be killed if they gravely harm humans. Yet street dogs seem to be vested with more rights via the ABC Rules.

Also read: What Killing Avni Taught Us, According to the Man Who Killed Her

The two decades since the Rules were notified have been disastrous from an animal welfare perspective. It has enabled an increase in animal suffering by allowing the homeless dog population to swell.

The foundational document of the ABC Rules is the Revised ABC Module of the Animal Welfare Board of India (AWBI). The latter misrepresents the 1990 WHO guidelines for dog population management.

Specifically, the guidelines – adopted by several countries – don’t allow for the maintenance of unowned dogs on the streets. Instead, they call for owned dogs to be sterilised and for feral and/or unowned dogs to be killed, both to help control the dog population.

Whereas the WHO guidelines state (p. 90):

Control of reproduction in feral dogs is rarely worthwhile. If feral dogs are captured and unclaimed, they should be humanely killed.

The ‘animal rights’ view is that humans shouldn’t have the right to use animals, that they need to be ‘liberated’ from human control and that animals should be given the same rights, ‘personhood’ and consideration as humans. On the other hand, ‘animal welfare’ acknowledges that humans use animals and works to eliminate animal suffering.

The PCA Act, inspired by animal welfare, not animal rights, thus allows for the ‘destruction’ of stray dogs to eliminate unnecessary suffering for both humans and homeless dogs.

First, we need to junk the existing ABC Rules and follow the PCA Act and the State Municipal Acts so that we can remove or euthanise dangerous dogs to protect both people and animals. We can also then euthanise rabid dogs.

Second, we must promote responsible dog ownership by having aspiring dog-owners acquire licenses and register themselves. Dog-control laws should also cover leashing, muzzling, picking up of faeces and zero tolerance for homelessness.

Third, organisations or individuals fundamentally opposed to euthanising dogs can’t be allowed to be involved in dog population management.

Fourth, the press should more report more responsibly on the plight of people subjected to the terror of stray dogs. Stray dogs are, among other things, disease vectors, and their proliferation is no different from that of the mosquitoes that spread malaria or dengue. Note that in India, more people are killed by rabies than by malaria.

Fifth, we must acknowledge that sterilisation alone won’t work with unowned free-ranging dogs as a population-control mechanism. It works only with owned dogs, and as only one aspect of dog population control, as the WHO guidelines state. These ineffective efforts cost governments crores of rupees and to no effect. And even if most stray dogs are sterilised – a near-impossibility undertaking given the scale – unsterilised dogs will continue proliferating.

Also read: At IIT Madras, There Is a People-Dog-Wildlife Conflict

Sixth, we must immediately begin sheltering or euthanising unowned dogs – while encouraging dog-owners to sterilise their owned dogs. This is to protect people, livestock, wildlife and, importantly, the dogs themselves from suffering and homelessness.

Seventh, publicly feeding stray dogs (in any context) should be prohibited and penalised. Public spaces belong to the people; feeding stray dogs encourages them to congregate and threaten people’s ability to use these spaces; it is antithetical to the WHO guidelines as well as to ecological science; and such feeding engenders a belief among feeders that dogs can get by on occasional scraps of food, which in turn tells people that it’s okay to abandon dogs.

The ABC Rules are currently being challenged in the Supreme Court. The court’s pronouncements during the September 9 hearing of this case hit the headlines nationwide – that the Kerala government should take steps to resolve the state’s stray-dog menace at the earliest. The next hearing is on September 28.

One hopes that the court will also scrutinise the AWBI’s role in sustaining the menace, the conflicting spirits of the ABC Rules and the PCA Act and, ultimately, the constitutional mandate regarding the proper response to a serious human health and safety crisis.

Ryan Lobo is a filmmaker, photographer and writer.

The Wire Science@TheWireScience
4 Following 27.7K Followers
The farms have triggered land-use change, polluted the water, displaced birds and other wildlife, and the improper… https://t.co/1bJhv0NyyN
3 days ago
1
Will differences be exploited as biological proof one group is better than the other? More capable than the other?… https://t.co/IHRqV7hKPo
3 days ago
2
The bond as a policy is widely implemented but not evidence-based. It might be well-intended but comes with undenia… https://t.co/J8NnBA1djg
4 days ago
Scientists now know that hormones in male rodents can fluctuate just as much as female hormonal cycles – not on a s… https://t.co/d7OwNBu4lB
4 days ago
2
There is now a growing body of evidence that probiotics could also help treat anxiety, depression, multiple scleros… https://t.co/usr3oiZa1j
4 days ago
2 7
The cerebellum makes up only about 10 percent of the mass of the human brain, but contains more than half of its ne… https://t.co/WPNd03rERi
4 days ago
1 7
Does Ata’s identity as economically marginalised lend her more easily to institutionalised exhibition and examinati… https://t.co/Wvtei3flxX
6 days ago
3 6
“It (a civilisation) takes place when you are able to have plenty. You have land situated in a place with lots of w… https://t.co/n549nMpNuF
6 days ago
The humanitarianism of death by hanging – insofar as there is any – is encapsulated in the simple but deadly act of… https://t.co/EsCTBlOn5n
6 days ago
“I cling to the coffee, but the yellow rust has killed our crops and there are fewer people working on the land,” s… https://t.co/rGPNJLsIWy
6 days ago
Fossil records show that current extinction levels are around 1,000 times the natural background rate. They are exa… https://t.co/XP2mk9j34Z
6 days ago
3/4ths of the land-based environment & about 66% of the marine environment have been significantly altered by human… https://t.co/vzWs1oqarR
6 days ago
5 12
Scientists have long debated whether the cave bear extinction was a result of cooling climate that reduced vegetati… https://t.co/Md0uBcC1vA
6 days ago
5 6
“One world was ending,” Lisa Wells writes, “but I had no image for what would come next, and the longer I knelt on… https://t.co/2TZQvBq0iy
7 days ago
For long-acting family planning methods, apart from Egypt with over 20% uptake, the other four countries driving po… https://t.co/kq2ZIlSG9p
7 days ago
Contact us